“Dr. Romantic 2” is rising in popularity with its realistic situations and plot that provides comfort, and viewers can’t help but to admire Han Suk Kyu’s acting as the selfless doctor Kim Sa Bu!

In the medical drama, Kim Sa Bu presents his unique “romantic leadership” in which he encourages people to reflect on themselves and grow in terms of maturity and skills. He respects and comforts those who have different opinions from him while awakening the characters with his honest words.

Here are four of the most memorable lines by Kim Sa Bu so far:

Kim Sa Bu patted his shoulder and said, “The accident that day…It wasn’t your fault or your responsibility. Who could blame you for running away from such a pandemonium? So…come out of that bus already.” The viewers were healed by Kim Sa Bu’s generous embrace, which even encompasses the pain of Park Min Kook who is at odds with him.

2. “The moment we give the excuse that we can’t help it, things like that happen. The vicious circle will repeat itself.”

While visiting Nam Do Il (Byun Woo Min) who hadn’t been coming to the hospital, Kim Sa Bu found a notice of contract termination sent to Nam Do Il by Park Min Kook. He tore it up, saying that the notice showed that Park Min Kook had no respect or courtesy for Nam Do Il. Nam Do Il responded, “If the hospital chief made that decision, we can’t help it,” and Kim Sa Bu replied, “Let’s not make excuses saying that we can’t help it. It’s not that you can’t help it; it’s that you’re too tired. You’re actually sick and tired of dealing with people who don’t have manners and common sense. You want to avoid it.” Then Kim Sa Bu pointed out that the patients Park Min Kook sent back had died or become unconscious. He shared, “The moment we give the excuse that we can’t help it, things like that happen. The more we look away and pretend we don’t know, the more the vicious cycle will continue to repeat itself.” His prickly words gave Nam Do Il an opportunity to reflect, leading to his awakening. 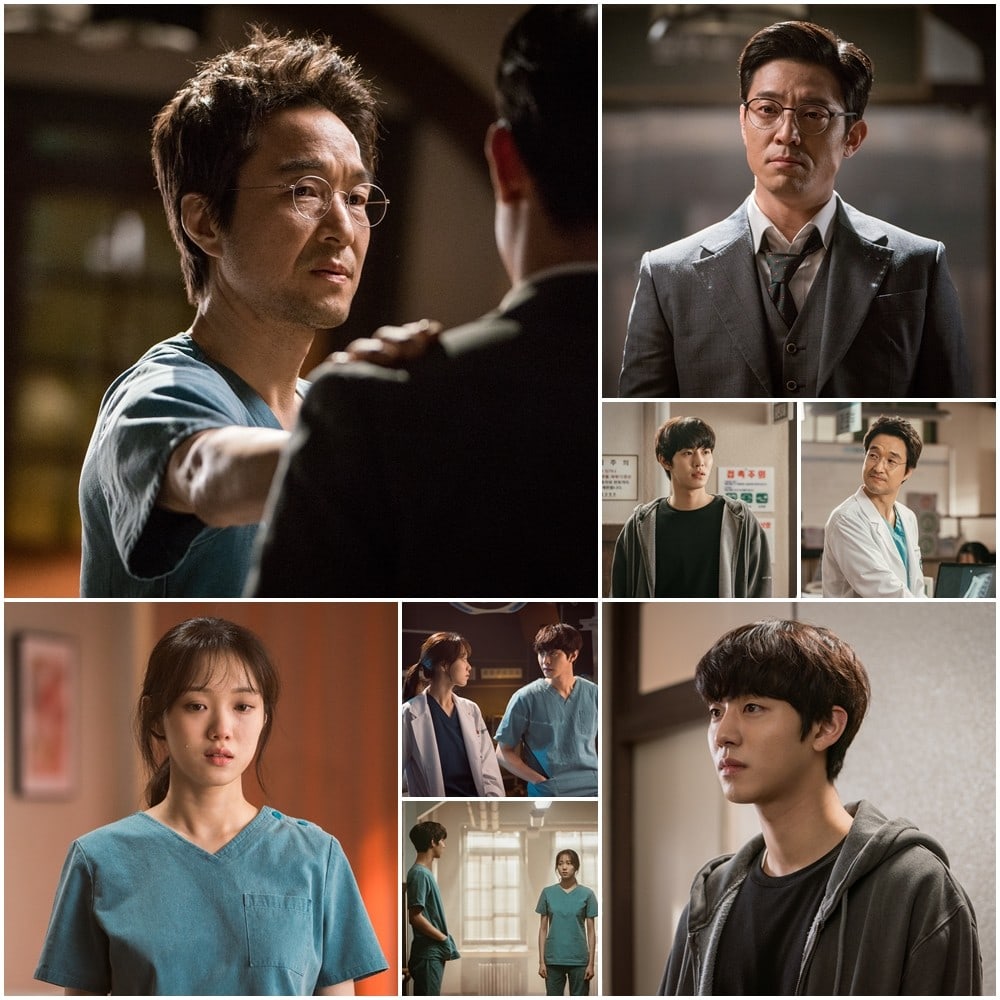 3. “If everything becomes easy and obvious with all these excuses, you will end up living a life where you deserve to be treated in any way.”

Cha Eun Jae (Lee Sung Kyung) became stuck in a difficult position as the security tape recorded scenes of her scolding a Korean man who abused his foreign wife. Park Min Kook demanded Cha Eun Jae to apologize, but Kim Sa Bu was strongly against it. Cha Eun Jae offered to apologize because she didn’t want the hospital to be in a tight spot because of her, but Kim Sa Bu yelled, “It’s better to be uncomfortable! You get on your knees because you’re uncomfortable! You bow down for fear of trouble! You pretend you don’t know because it’s inconvenient! You lose because you’re afraid! You will end up living a life where you deserve to be treated in any way.” Though Kim Sa Bu gave a severe scolding, Kim Sa Bu’s famous words remind viewers of the value of their existence.

4. “Don’t think about useless things and just take care of the patients. That’s all you have to do!”

Seo Woo Jin (Ahn Hyo Seop) hurt his hand because a loan shark broke into Dol Dam Hospital and caused a scene. Kim Sa Bu personally disinfected his hand while asking how long he had suffered and how much money he owed. Seo Woo Jin refused to give any details and just stated that he has never told anyone about himself before.

Seo Woo Jin thought Kim Sa Bu would hold him responsible for the disturbance caused by the loan shark. In response, Kim Sa Bu asked, “What kind of responsibility can you take? Did you forget that you have money to pay me back? You can never leave this hospital until you pay me back.” Then Seo Woo Jin asked why he was being so nice to him, and Kim Sa Bu replied, “When was I nice to you? You always get broken up and scolded by me.” Kim Sa Bu added, “Don’t think about useless things and just take care of the patients.” Kim Sa Bu’s straightforward yet gentle advice heals the hearts of both the characters and the viewers.

Production crew Samhwa Networks said, “Kim Sa Bu’s teachings, which were harsh on Cha Eun Jae, Seo Woo Jin, and Park Min Kook who are each struggling with their own pain, provided them with consolation and an opportunity to grow up. We hope that Kim Sa Bu, who is a ‘romantic mentor,’ and his human qualities will continue to be a meaningful point that continues to heal the hearts of many people.”

Watch the latest episode of “Dr. Romantic 2” below!

Han Suk Kyu
Dr. Romantic 2
How does this article make you feel?