On the February 15 episode of tvN’s “Amazing Saturday,” actors Sung Dong Il and Uhm Ji Won appeared as guests to promote their new drama “The Cursed.”

After happily reuniting with “Amazing Saturday” cast member Hyeri, who played his daughter in the hit drama “Reply 1988,” Sung Dong Il remarked, “I came here to promote ‘The Cursed,’ but deep down in my heart, I really came to see my daughter Hyeri.” 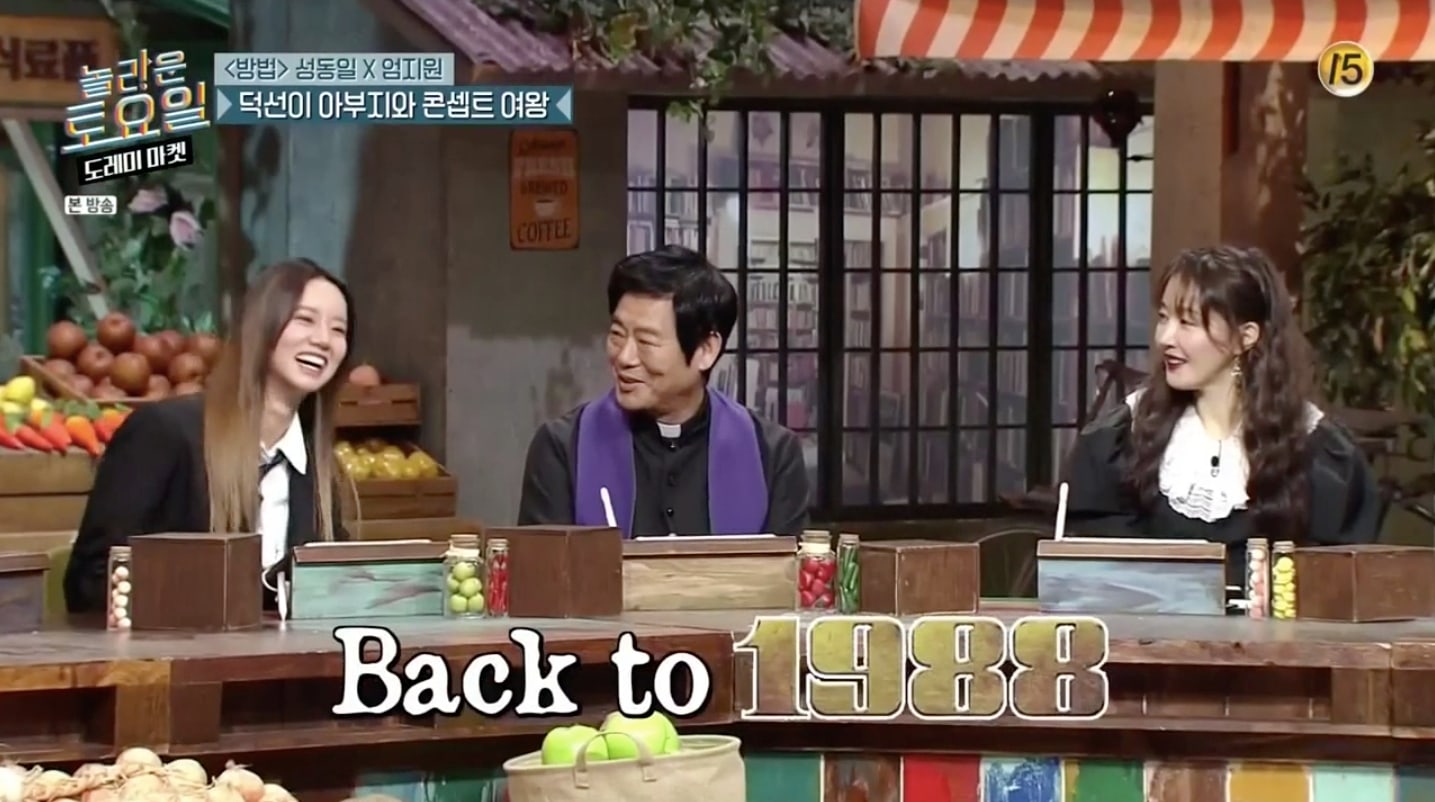 When host Boom asked the guests which era of music they were most familiar with, Sung Dong Il cracked everyone up by declaring that he didn’t know anything from this century. “I don’t have a TV at home,” he explained, “so I don’t know any [new music] at all.”

Hyeri commented with a laugh, “[Sung Dong Il] doesn’t even watch his own dramas.”

Sung Dong Il continued, “To be honest, when I first met Hyeri, I didn’t know she was a girl group member.” He went on to share that he also hadn’t known who D.O. or V were when he first met them (he starred alongside the idols in their dramas “It’s Okay, That’s Love” and “Hwarang” respectively).

The actor then revealed, “Now, when I see a young actor I don’t know on set, I immediately ask them, ‘Are you an idol?'” 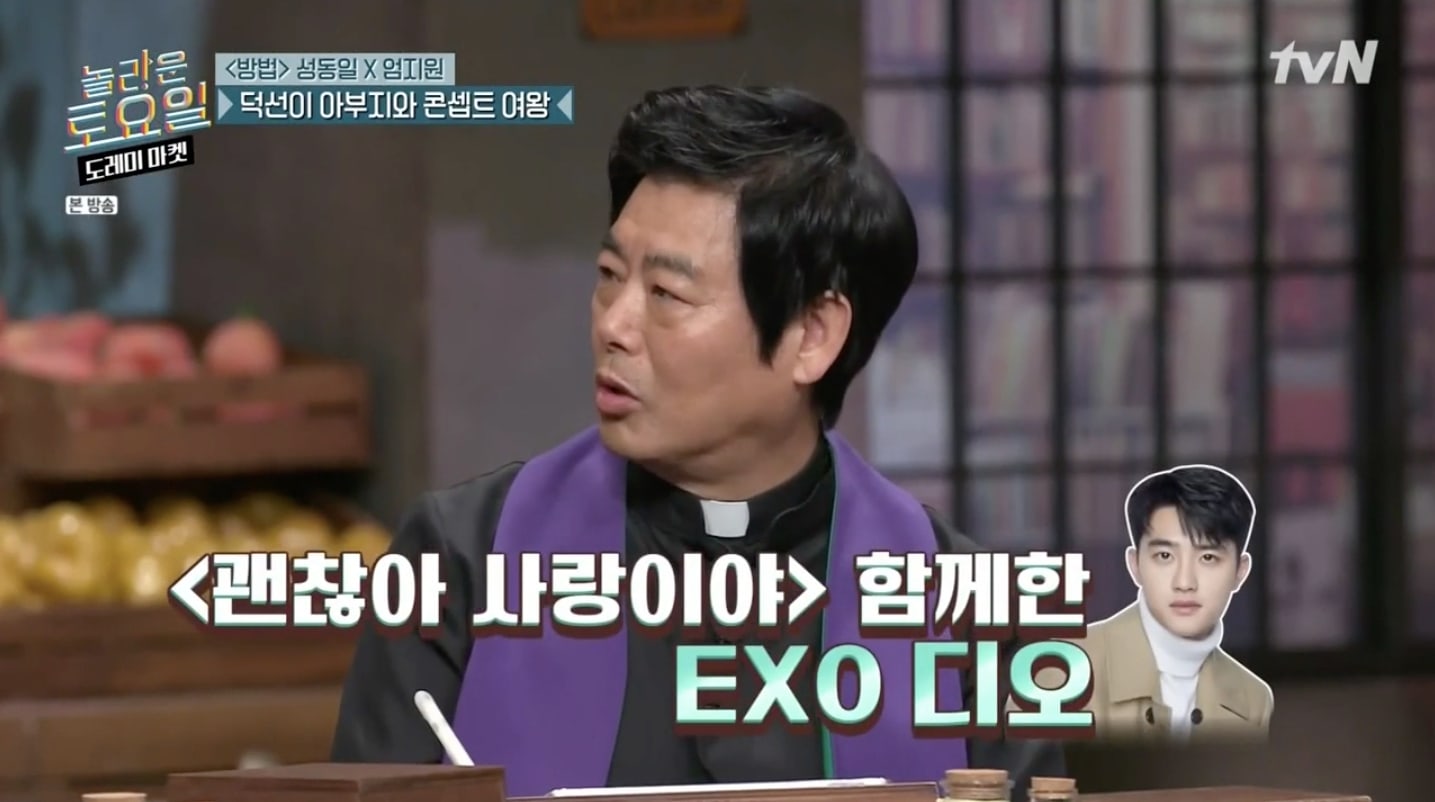 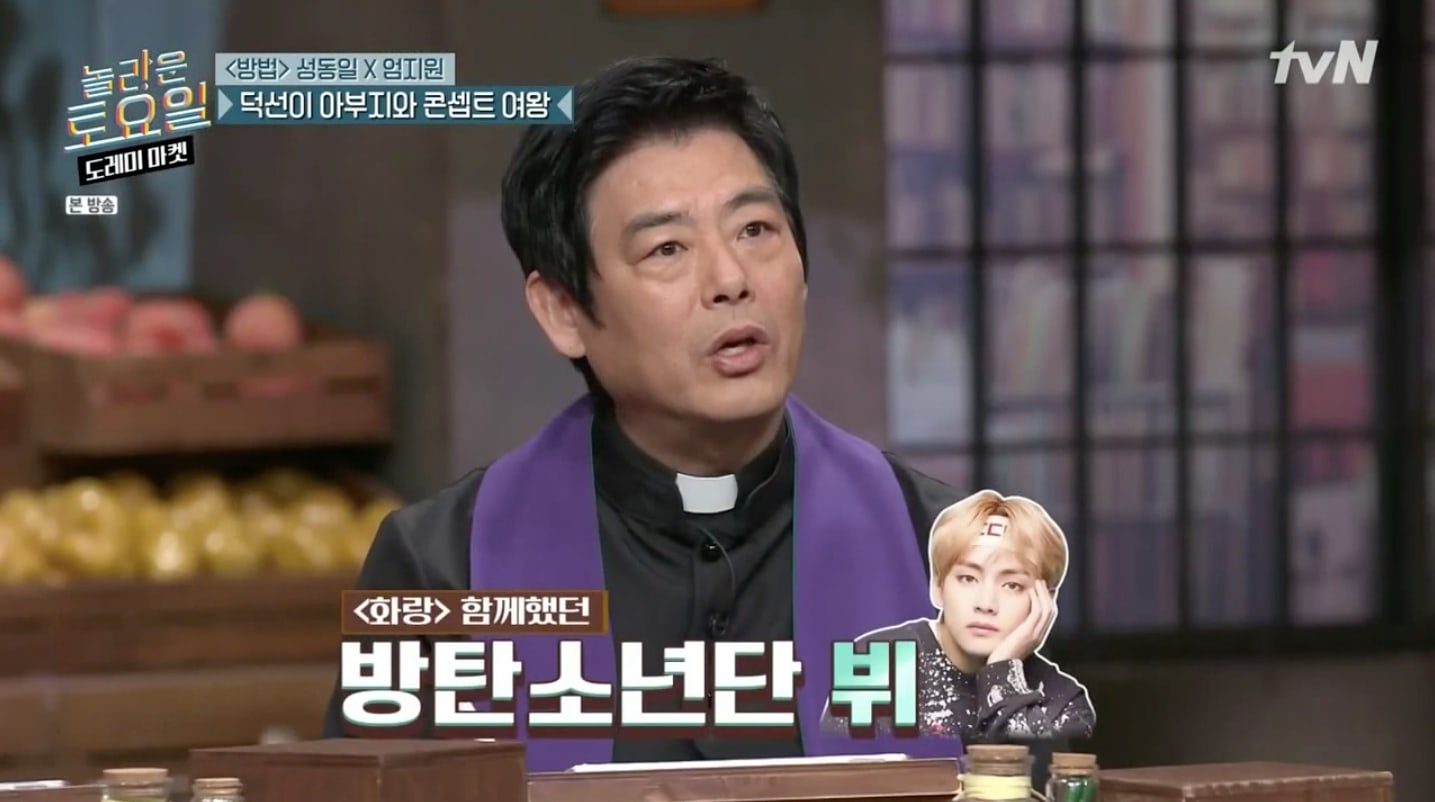 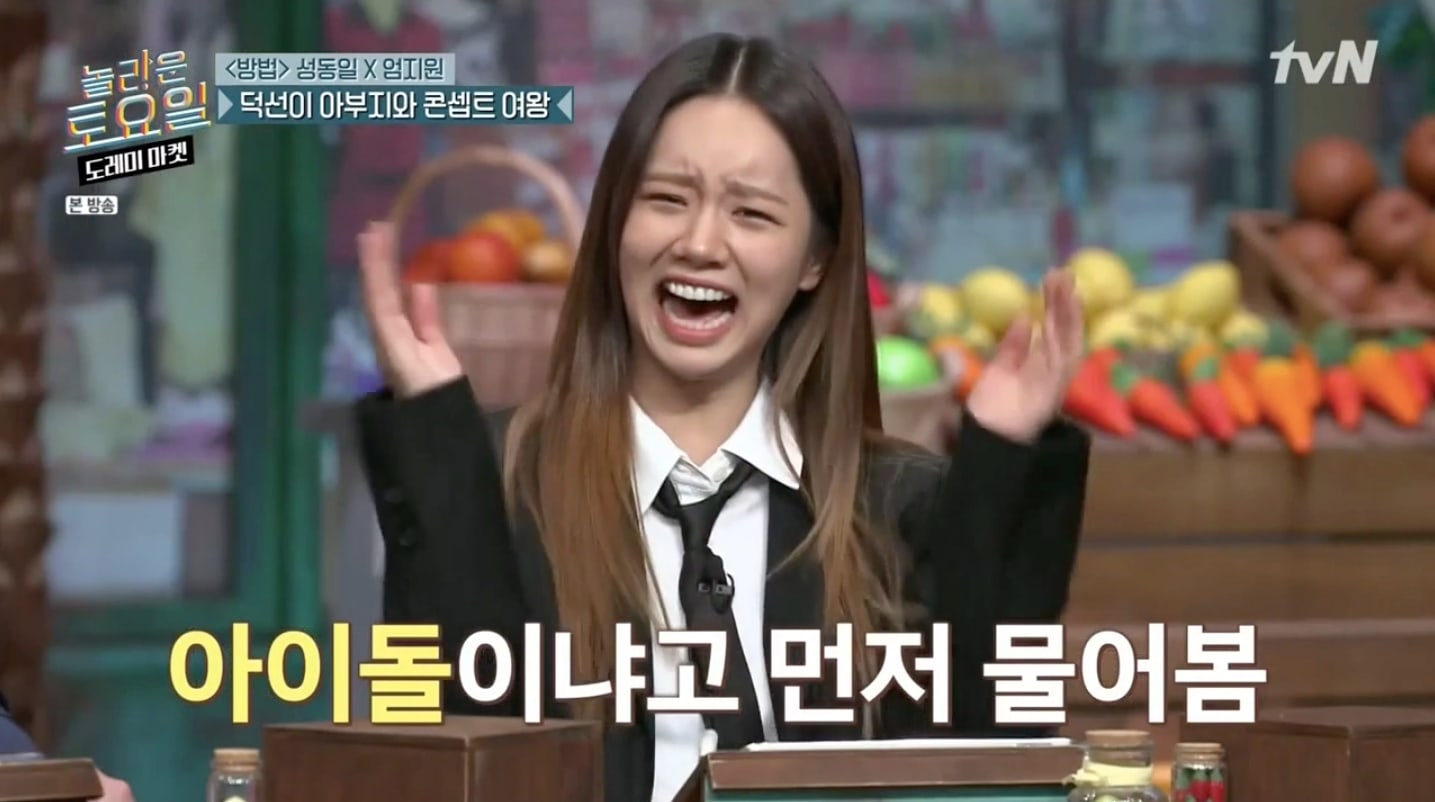 After the show, Hyeri posted two cute photos of herself posing with her former co-star on set and affectionately wrote, “My dad, who came to see his daughter and took ‘Amazing Saturday’ by storm.”

…and V and Sung Dong Il in “Hwarang” here!