Song Ji Hyo had the entire cast in stitches on the latest episode of “Running Man”!

On the February 16 episode of the SBS variety show, the cast members asked guest Kang Han Na and Ji Suk Jin—both of whom had previously taken on Zico’s “Any Song” challenge—to demonstrate the viral dance.

When the two were finished dancing, Yoo Jae Suk asked guest Heo Kyung Hwan to try his own hand at the challenge. The comedian hesitantly replied, “But I need someone to do it with,” and Yoo Jae Suk cut in, “You can do it with [Song] Ji Hyo!”

Visibly caught off guard by the mention of her name, Song Ji Hyo seemed to be struggling to form a response when Lee Kwang Soo hilariously revealed, “Just a moment ago, Ji Hyo whispered in my ear and asked, ‘What song is this?’ It’s number one on all the charts right now, but she’d never heard it before.”

As everyone on set cracked up, Lee Kwang Soo went on to joke, “She lives in a cave. She’s like Robinson Crusoe.” HaHa laughed, “That’s so Ji Hyo.” 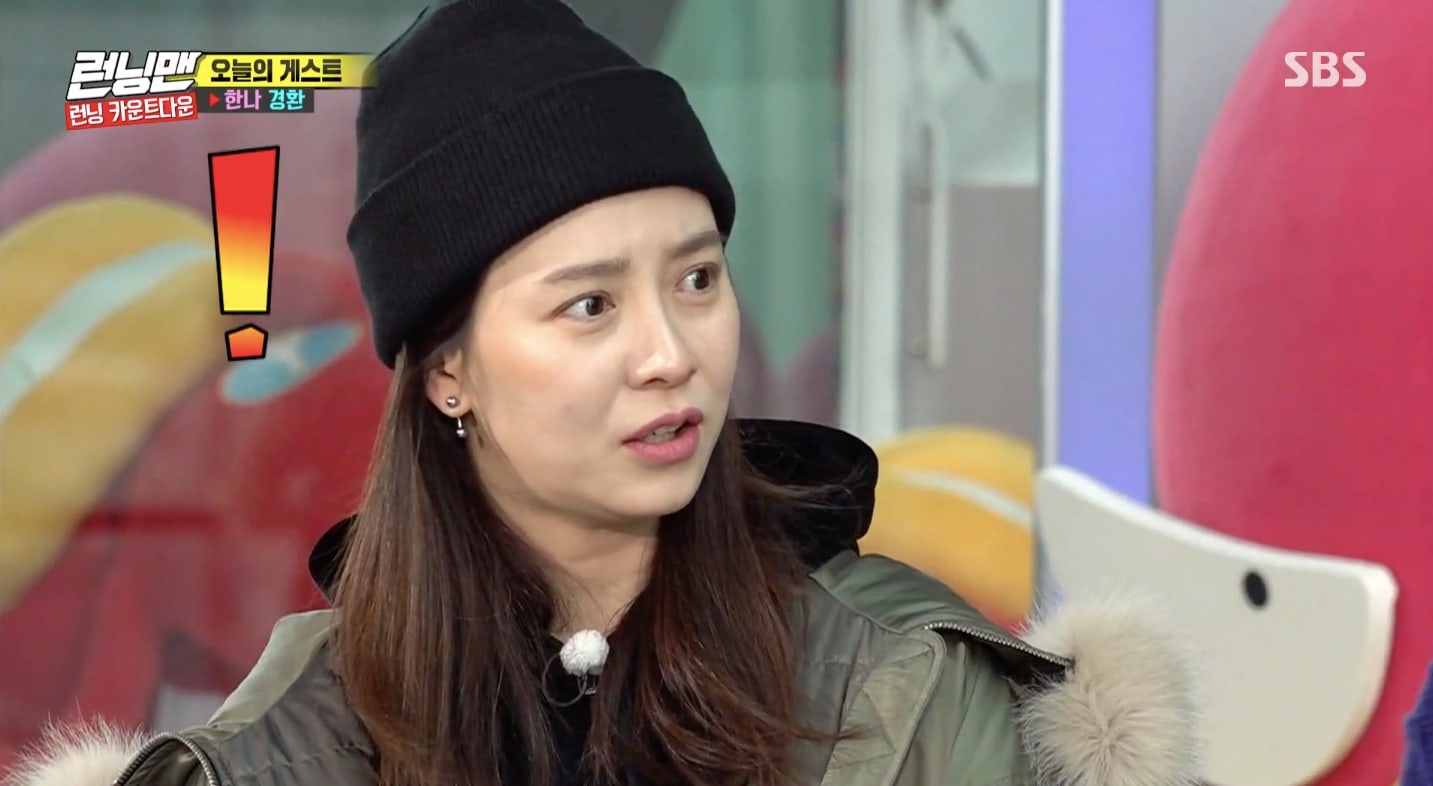 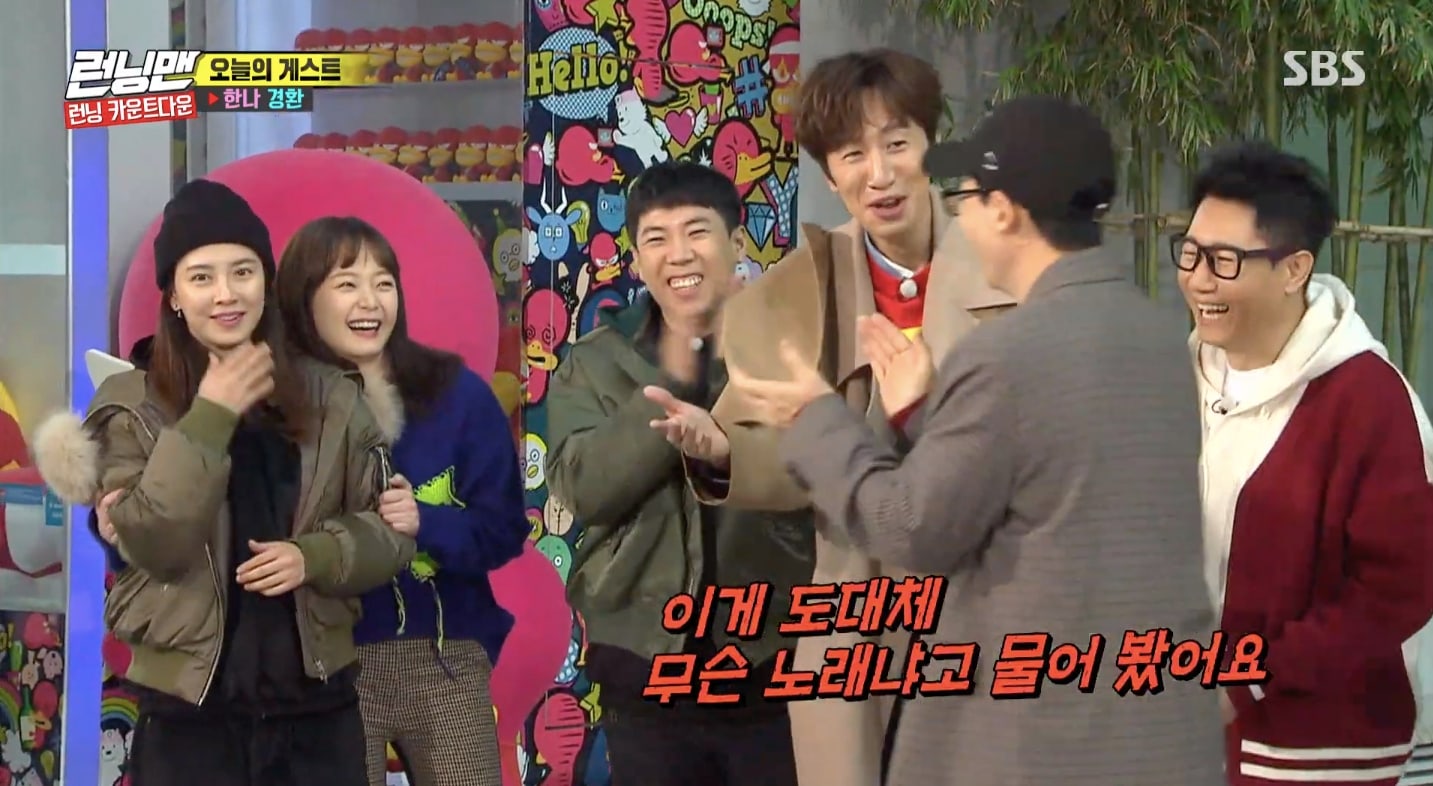 In spite of her protests, Yoo Jae Suk took Song Ji Hyo by the arm and escorted her to the front, insisting that she dance with Heo Kyung Hwan. After roughly demonstrating the basics of the beginning, the cast told her to just follow her instincts and dance to the song.

After a promising start, it quickly became clear that Heo Kyung Hwan wasn’t that familiar with the dance moves for the “Any Song” challenge either, and the two stars amusingly improvised their way through the routine.

Lee Kwang Soo observed with a laugh, “Kyung Hwan got the moves wrong, but [Song Ji Hyo] is imitating him.”

Check out Song Ji Hyo and Heo Kyung Hwan’s unique attempt at the “Any Song” challenge below!