“Nobody Knows” is a mystery police drama that tells the story of at-risk youth whose lives might have changed if they had grown up surrounded by good adults, and the adults who try their best to protect them.

Kim Seo Hyung, who plays main character Cha Young Jin, is seen with Ryu Deok Hwan, who plays Lee Sun Woo, a teacher who strives to be a good adult. They walk towards blurred student Go Eun Ho (played by Ahn Ji Ho), whose identity is unknown other than that he holds an important key to the story. His blurred figure represents his unstable mental health and reality. The dark poster captures the mystery behind the case that ties these three characters together. As if in a rush, Kim Seo Hyung’s gaze appears alert while Ryu Deok Hwan appears frantic. 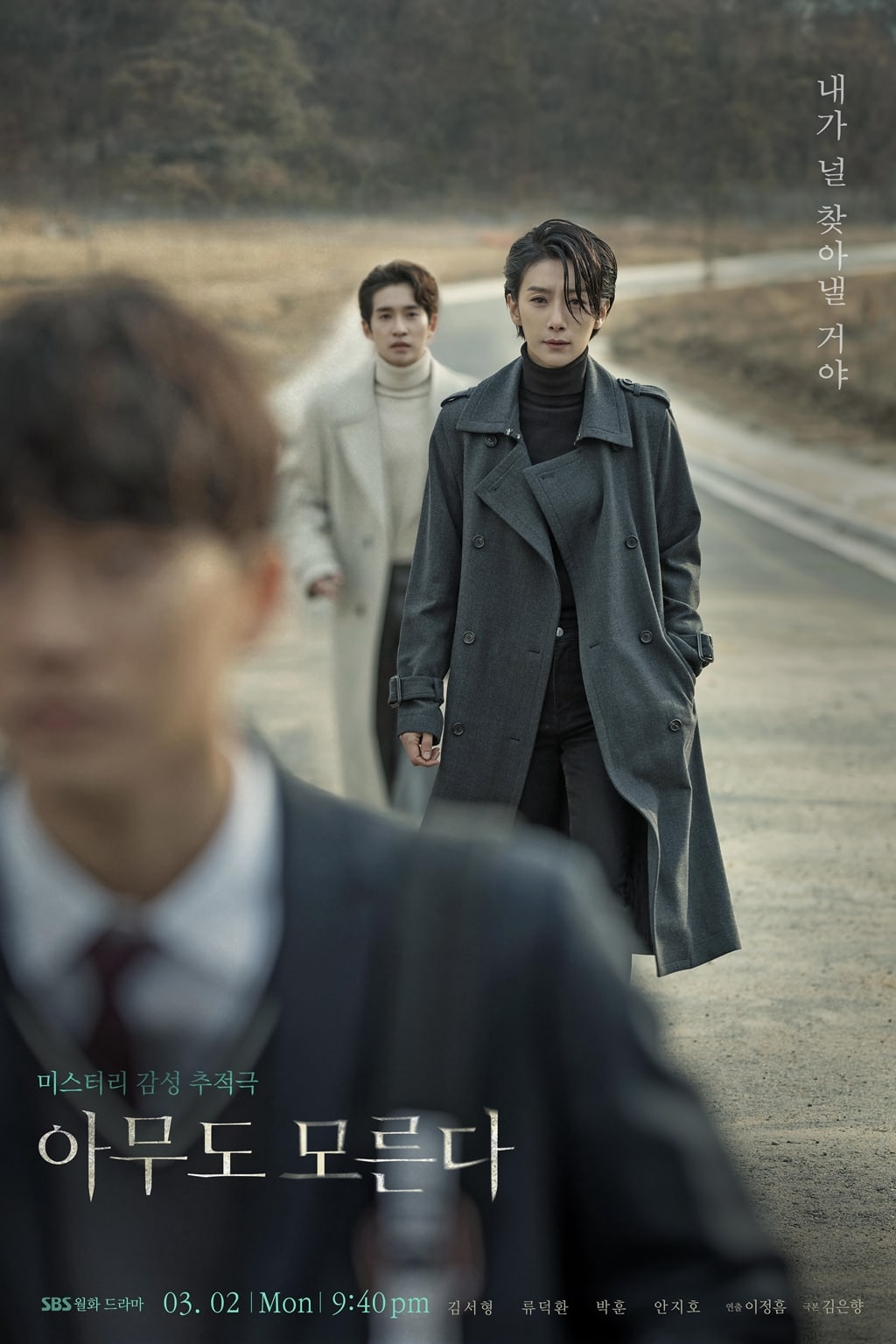 The poster reads, “I’ll find you.” It also raises questions regarding who the blurred child is, what his relationship is with Kim Seo Hyung, and why she is so desperately chasing him.

“Nobody Knows” airs after “Dr. Romantic 2,” premiering on March 2 at 9:40 p.m. KST. After it airs, it will be available on Viki, where you can check out a teaser for now!