The new posters capture the characters’ eagerness to investigate crimes but also why they might not be the police’s first choice when it comes to investigators. 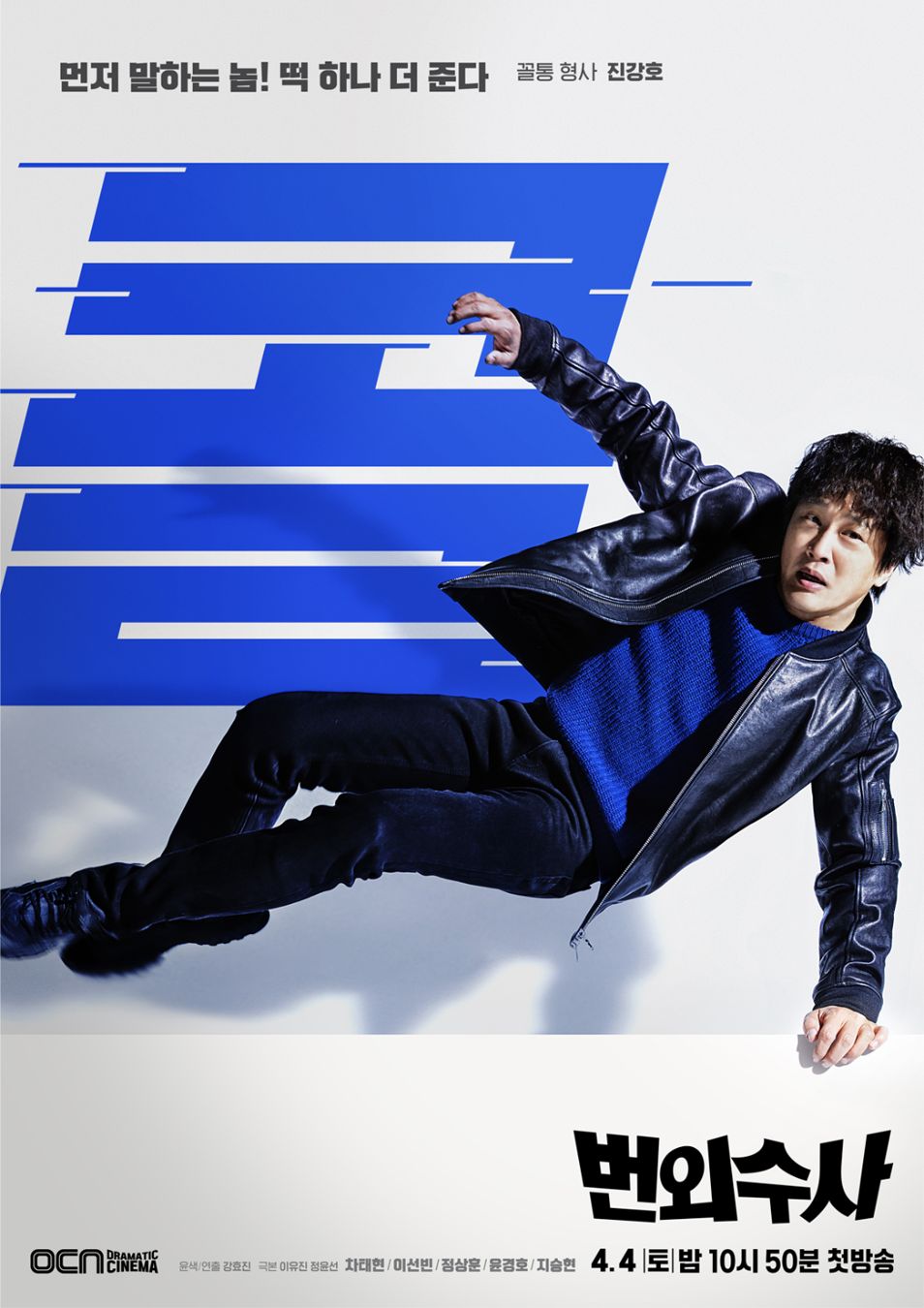 Cha Tae Hyun plays the detective Jin Kang Ho, whose catchphrase is “Call!” (In Korean, the English word ‘call’ means something like, ‘Sure’ or ‘Of course!’) His tagline reads, “The person who speaks first gets another rice cake” (a play on a Korean idiom), indicating his willingness to do literally anything it takes to catch a criminal. 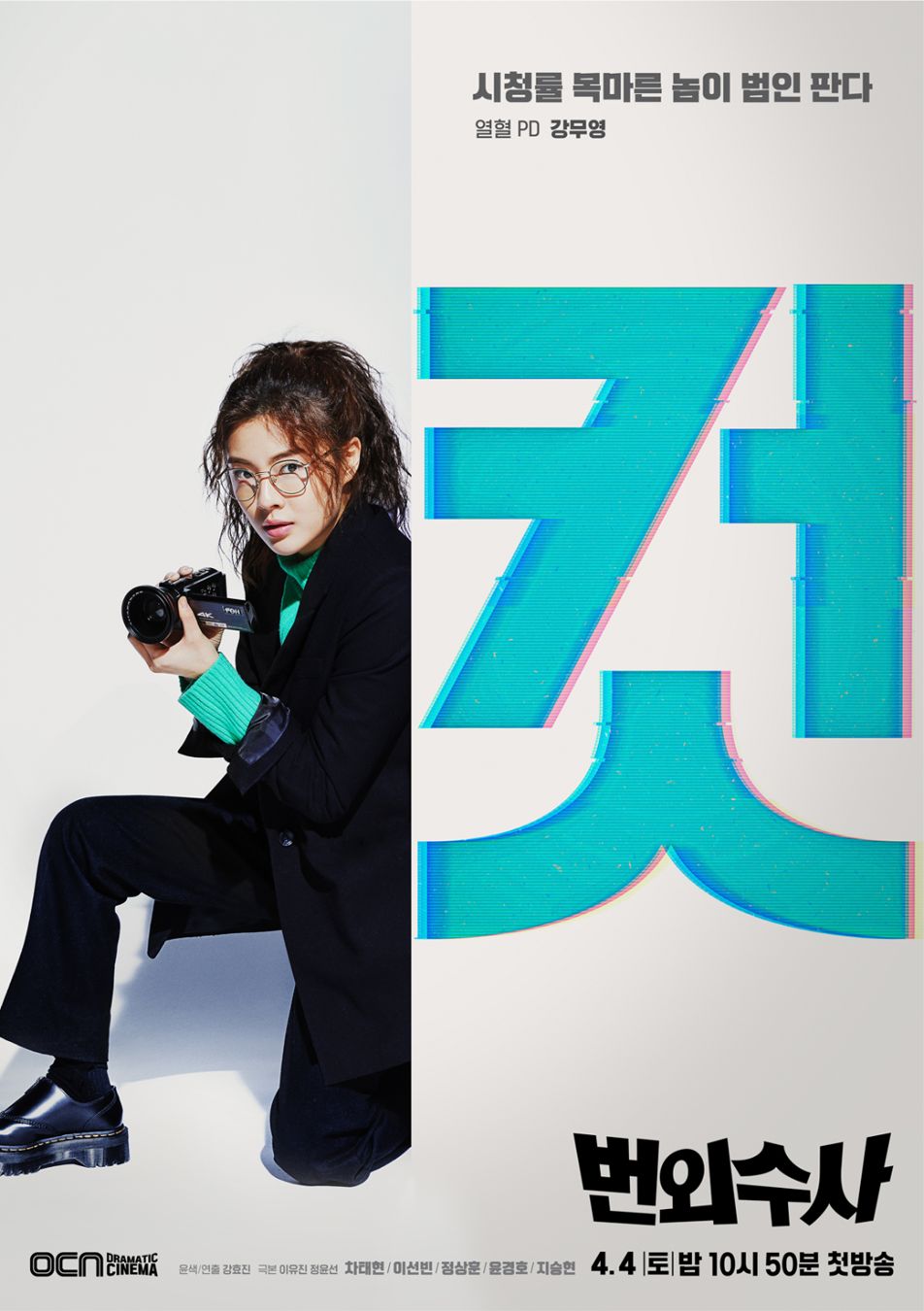 Lee Sun Bin plays the producing director (PD) Kang Moo Young, whose catchphrase is “Cut!” Her tagline reads, “The person who is thirsty for ratings will sell the criminal.” Instead of reporting on a case, her dream is to increase ratings by actually catching the criminal on air. 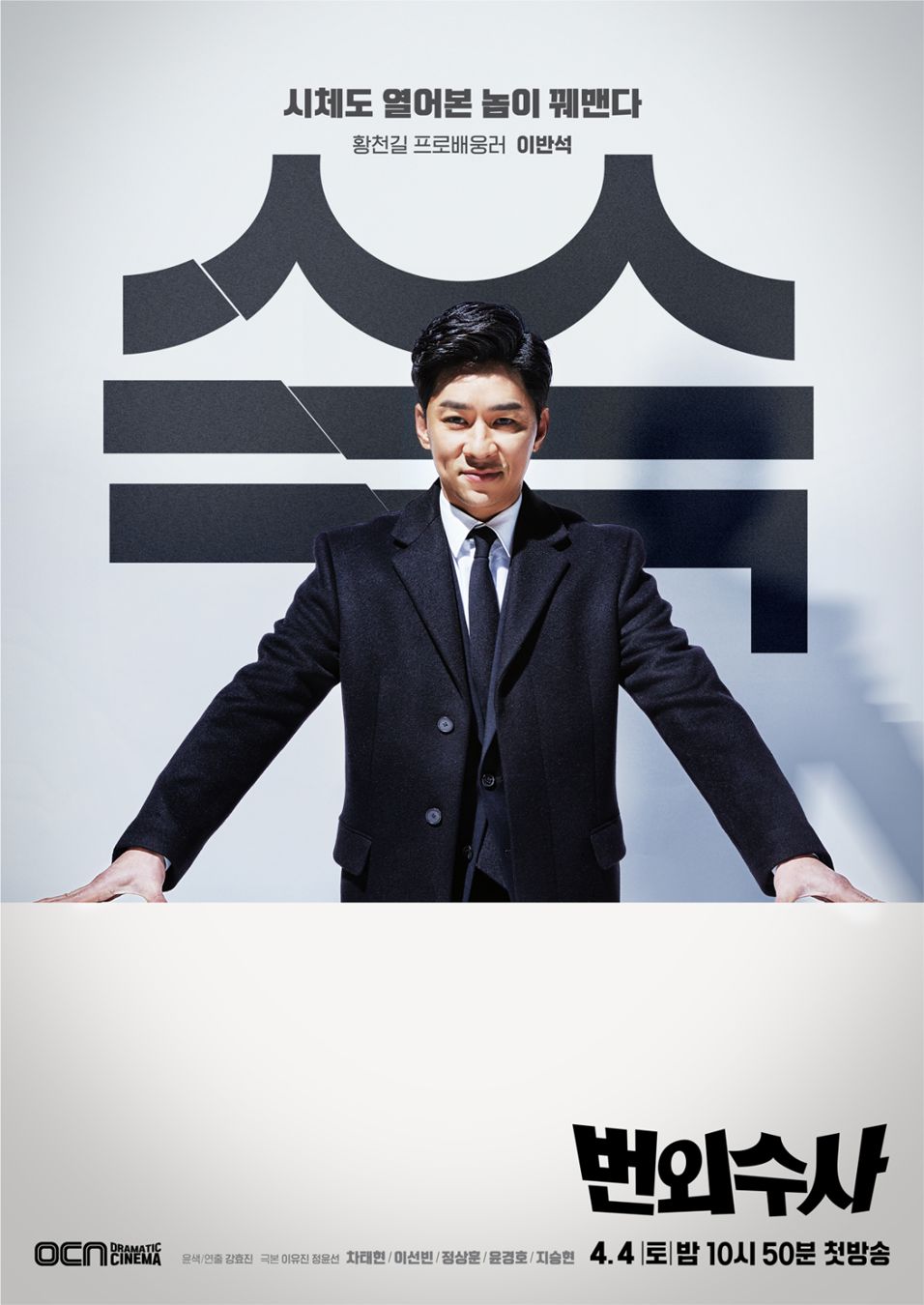 Jung Sang Ho plays Lee Ban Suk, formerly an autopsy chief at the National Forensic Service and currently a funeral director. The poster amusingly refers to him as “someone who professionally sends someone off to another world.” His catchphrase is sseuk, an onomatopoeia for “quick,” and indicates his high-level ability to perform autopsies and return corpses to their original state in three minutes. His tagline reads, “Sewn up by someone who has opened up corpses.” 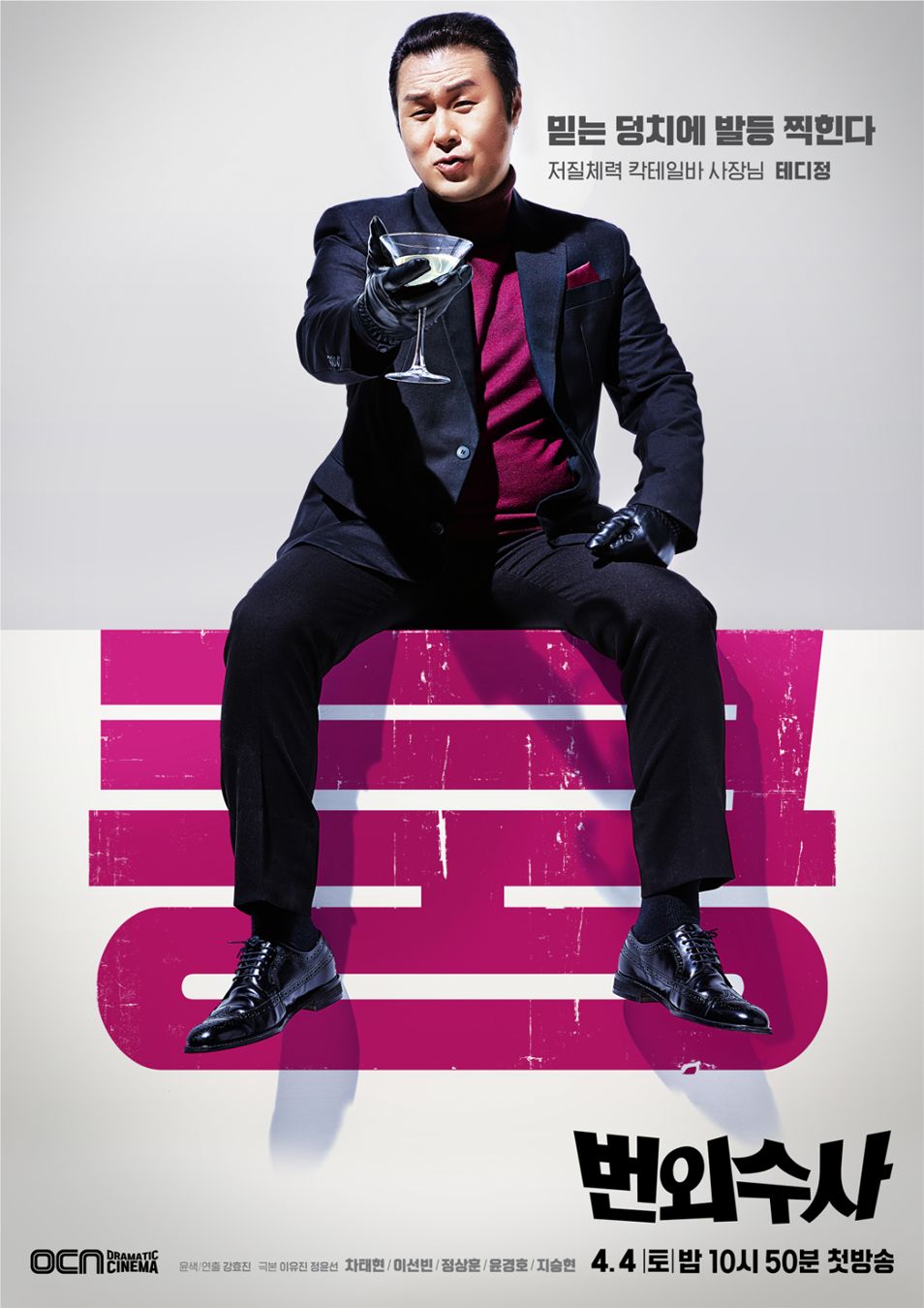 Yoon Kyung Ho plays the cocktail bar owner Teddy Jung. His catchphrase is “thump” and his tagline reads, “He puts his trust in his bulky body.” However, his character description also mentions he has low stamina. 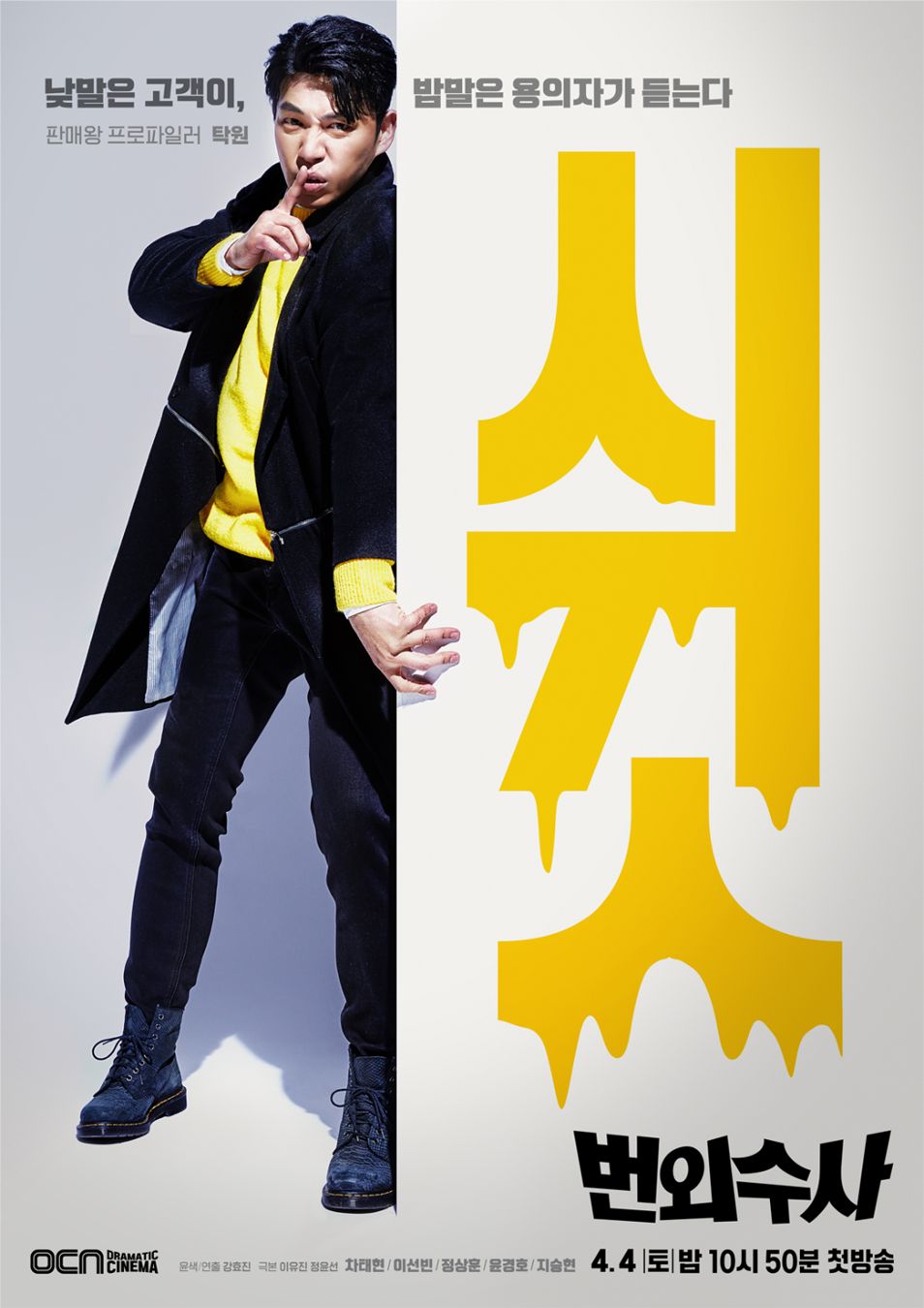 Ji Seung Hyun plays the former criminal profiler Tak Won, now a private detective, whose catchphrase is “Shh.” His tagline reads, “By day, he listens to customers, by night, he listens to suspects.” (This is also a play on an Korean idiom.) Although he is described as a profiler, he is also described as “the king of selling things.”

The production staff stated, “The character posters sum up the charms of each character in a single glance. The detective, the PD, the funeral director, the cocktail bar owner, and the private eye encompass the differences of their various positions. They are all outsiders who come together to form a new kind of synergy.”

“Team Bulldog: Off-duty Investigation” premieres on OCN on April 4 and will be available on Viki.