Sam Hammington Talks About His Parenting Philosophy, Hardships While Working In Korea, And Tearful Daesang Win

Sam Hammington shared his thoughts on his career and family.

On the February 18 episode of MBC every1’s “Video Star,” the TV personality appeared as a guest and talked about becoming the first foreigner to win the Daesang (Grand Prize).

Speaking about the appetite of his sons William and Bentley, he said, “Every day [the meals] are the size of a team dinner. I gladly open my wallet.” 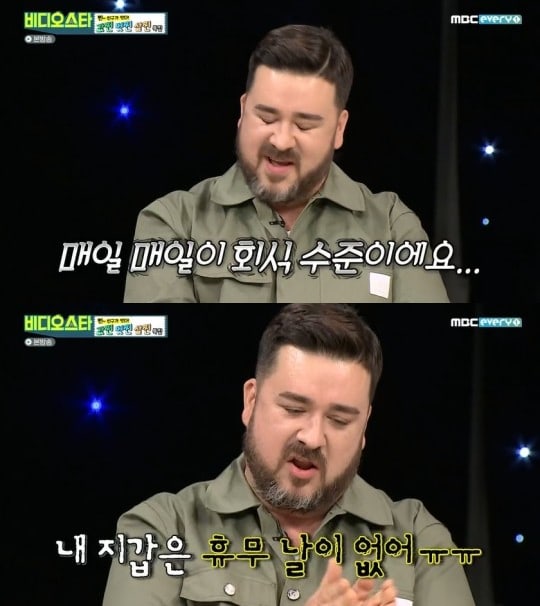 Sam Hammington first won the Rookie Award in 2013 for his appearance on MBC’s “Real Men” before winning Top Excellence in Variety at the 2018 KBS Entertainment Awards. He then took home the Daesang with the fathers of “The Return of Superman” at the 2019 KBS Entertainment Awards and gave a tearful acceptance speech on stage. Sam Hammington was the first foreigner to win all of the aforementioned awards.

He said, “I received a text message from my wife after winning the Daesang. She told me, ‘You worked hard.’ My wife watched the entire process of my broadcast career. When things weren’t going well, I even thought about going back to Australia. I didn’t even imagine that I’d receive an award in Korea. It was such an honor. I couldn’t not cry.”

The TV personality stated that he wasn’t able to give a proper acceptance speech because he was so shocked at the ceremony and sent video messages to his family. “Yumi, you worked hard,” he said to his wife. “Thank you so much. I sincerely thank you.”

As for his sons, he continued, “I feel really grateful that I met you guys. I think that I’m able to work thanks to you two. Your dad will work for over 20 years from here on out, so let’s continue to be happy in the future as well. I love you.” 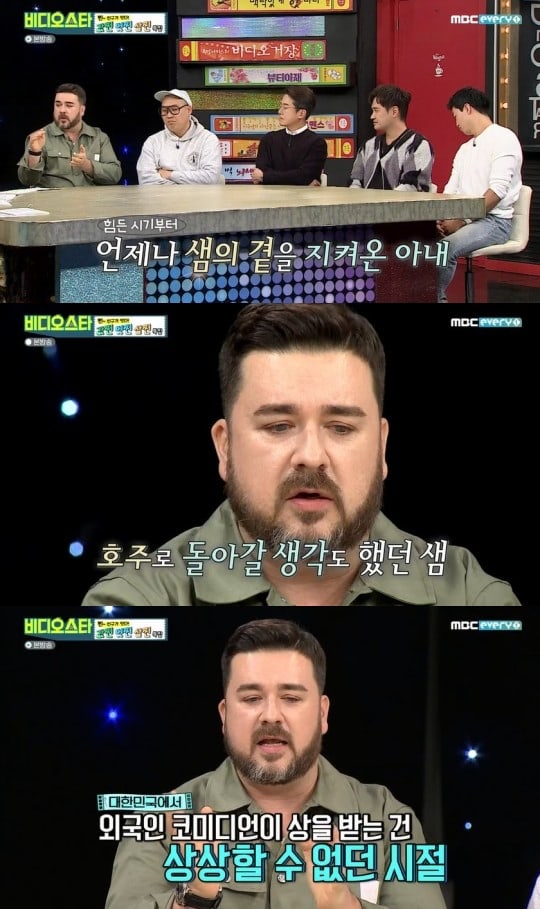 Actor Son Jin Young also appeared as a guest. He revealed that Sam Hammington tells William and Bentley to say “thank you” to everything, even to the point where people around them feel embarrassed.

Sam Hammington explained, “My children are biracial and since they’re going to live in Korea, I think that their manners need to be twice as good. I think that it’s right that I properly discipline them even if it’s difficult rather than have them get criticized by others.” Hosts Kim Sook and Park Na Rae expressed their respect for the father of two and his philosophy on parenting. 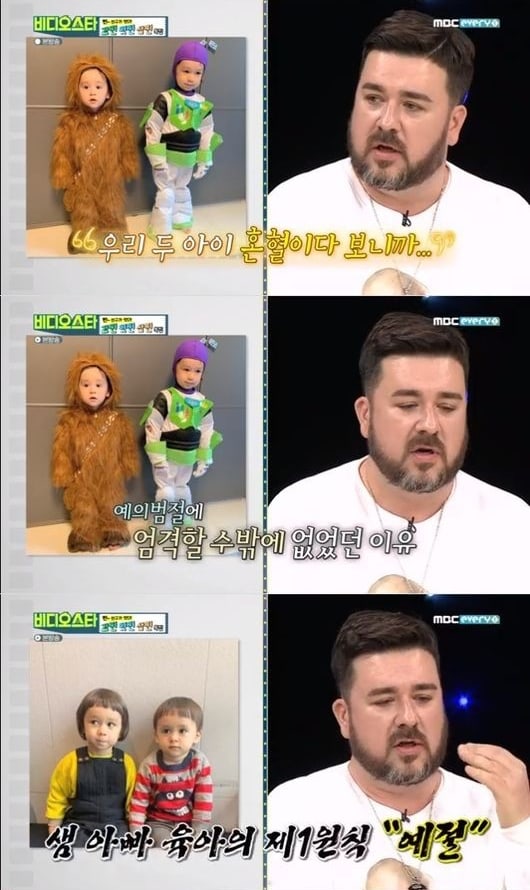 Watch the latest episode of “The Return of Superman” with English subtitles now!

Sam Hammington
Video Star
How does this article make you feel?