Kim Tae Hee talked about making her return to the world of dramas after five years away!

“Hi Bye, Mama!” is about a woman named Cha Yu Ri (played by Kim Tae Hee), who, after passing away in a tragic accident, is able to return to her husband (Jo Kang Hwa, played by Lee Kyu Hyung) and daughter for 49 days as a ghost.

Director Yoo Je Won talked about the reason he chose this cast for the drama. “The character Yu Ri, played by Kim Tae Hee, seemed like a role that would be best played by someone with a good-natured energy. She’s a great fit in that way. Another point is that I thought it would be good if the way that she looked at her daughter were real, and her expressions are great because she’s a mother in real life too.”

“For the character of Jo Kang Hwa played by Lee Kyu Hyung, I cast him because it seemed like he’d be good at keeping a balance so that it wasn’t played too heavily or too lightly,” explained the director. “Also, the look in the eyes of the character Min Jung, who is played by Go Bo Gyeol, is really important in the beginning. I cast her because it seemed like she has a strong gaze when she looks at other people so that seemed like it would be helpful for our drama.”

Kim Tae Hee said about her co-star Lee Kyu Hyung, “I met Lee Kyu Hyung with very few preconceptions because I hadn’t been able to see most of his work. He expresses Jo Kang Hwa in such a natural and charming way that when we’re acting together I wonder how anyone else could play this part. He performs in a way that brings to life even the most ordinary, trivial, and simple of lines. He’s been a huge help to me and I’m having such a great time filming.”

Lee Kyu Hyung joked, “I was uncomfortable at first. When I met her, I couldn’t look at her directly because I wasn’t sure if she was a human being or a goddess.”

“I felt a lot of pressure,” he continued. “Also, this is her first drama in five years. She approached me in a friendly way first, and so I was able to act much more comfortably. Once we filmed scenes together, I found that she’s very open-minded. She was accepting of everything. I was able to express the character I’d discussed with the director in an even more comfortable way.”

Kim Tae Hee also spoke about making her drama comeback. “It was around last winter when I first encountered this drama. As a mother with a daughter myself, I really related to the script when I read it, and I cried. I wanted to be a part of this drama with such a great message. I took part in it because I hope to be able to share the realizations and lessons felt in the script by acting as Cha Yu Ri.” She added, “I think this will be a light drama that you will all be able to enjoy watching, and you will be able to relate to it and be healed and comforted by it.” 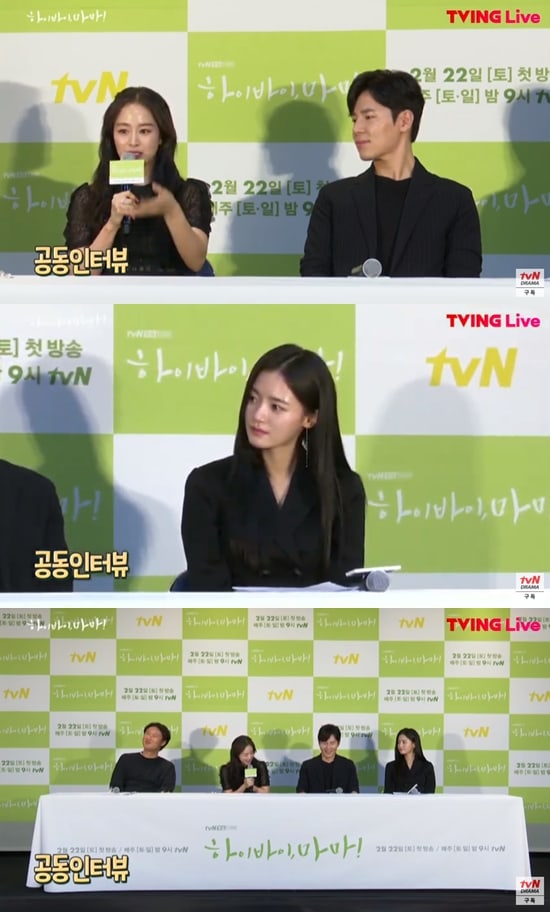 On the topic of how she’s similar to her character, Kim Tae Hee named the simple way she thinks, her love for food, and her positive attitude. She shared that she’s different from her character because while Kim Tae Hee is able to control her expressions, her character can’t hide her feelings and lets everything show. “I had fun filming and I felt like I learned through this drama that it would be okay to live the way Yu Ri does where she expresses everything,” shared Kim Tae Hee.

“Except for the fact that she’s a ghost, I think this character is the most like me out of all the roles I’ve played,” she went on to say. “On top of being a mom with a daughter, she’s a regular mom and a member of her family. She feels the most similar to me. Because of that, I’m acting as though Cha Yu Ri is Kim Tae Hee. I’m paying closer attention to what kind of tone I use when I talk to people around me and thinking about that so that I can express things more naturally.”

Kim Tae Hee was also asked what she relates to as a mother, and she replied, “There’s so much that I relate to. I was really struck by how the script portrays her as a mother who can’t leave because she just wants to see her daughter do simple things like walk, run, and eat. As a mom, I know how difficult raising a child is. It’s really difficult, but I know that that time doesn’t come again. Playing the role of a ghost mother has made me realize what a blessing it is to be able to embrace my child, look into each other’s eyes, and touch them. I hope many people will be able to feel that when they watch the drama.”

Finally, the actress said, “I was on hiatus for five years due to personal reasons, but I hope that through this project I’ll be able to do another project. I hope that I’ll become an actor that makes you look forward to my next project.”

Lee Kyu Hyung said, “I hope that even if you don’t remember my name, when you see me you’ll think, ‘That looks like it’s worth watching.'” Go Bo Gyeol, “I want to be an actress you can trust in to provide a good performance, who makes you look forward to my next project.” 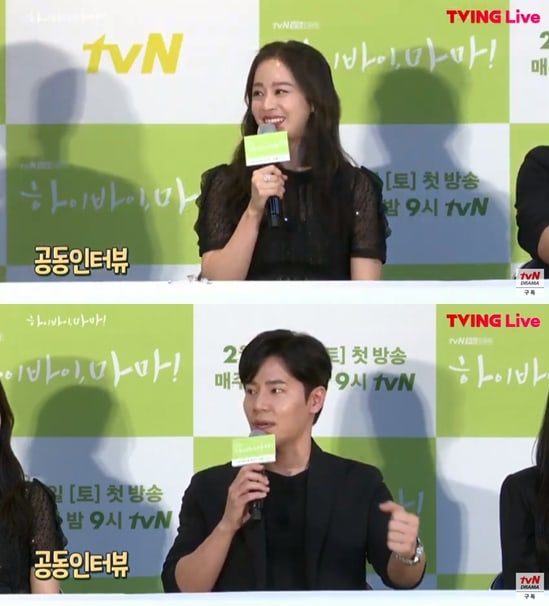