JTBC’s upcoming Friday-Saturday drama “The World of the Married” is amping up the drama with a stunning second poster!

The drama is about a married couple that falls apart due to betrayal and the ensuing whirlwind of love and hate. Kim Hee Ae is cast as a family physician named Ji Sun Woo, who leads a seemingly perfect life with a peaceful family, her husband’s unchanging love, and a good son. When a crack starts to form in her happiness, her life begins to change. 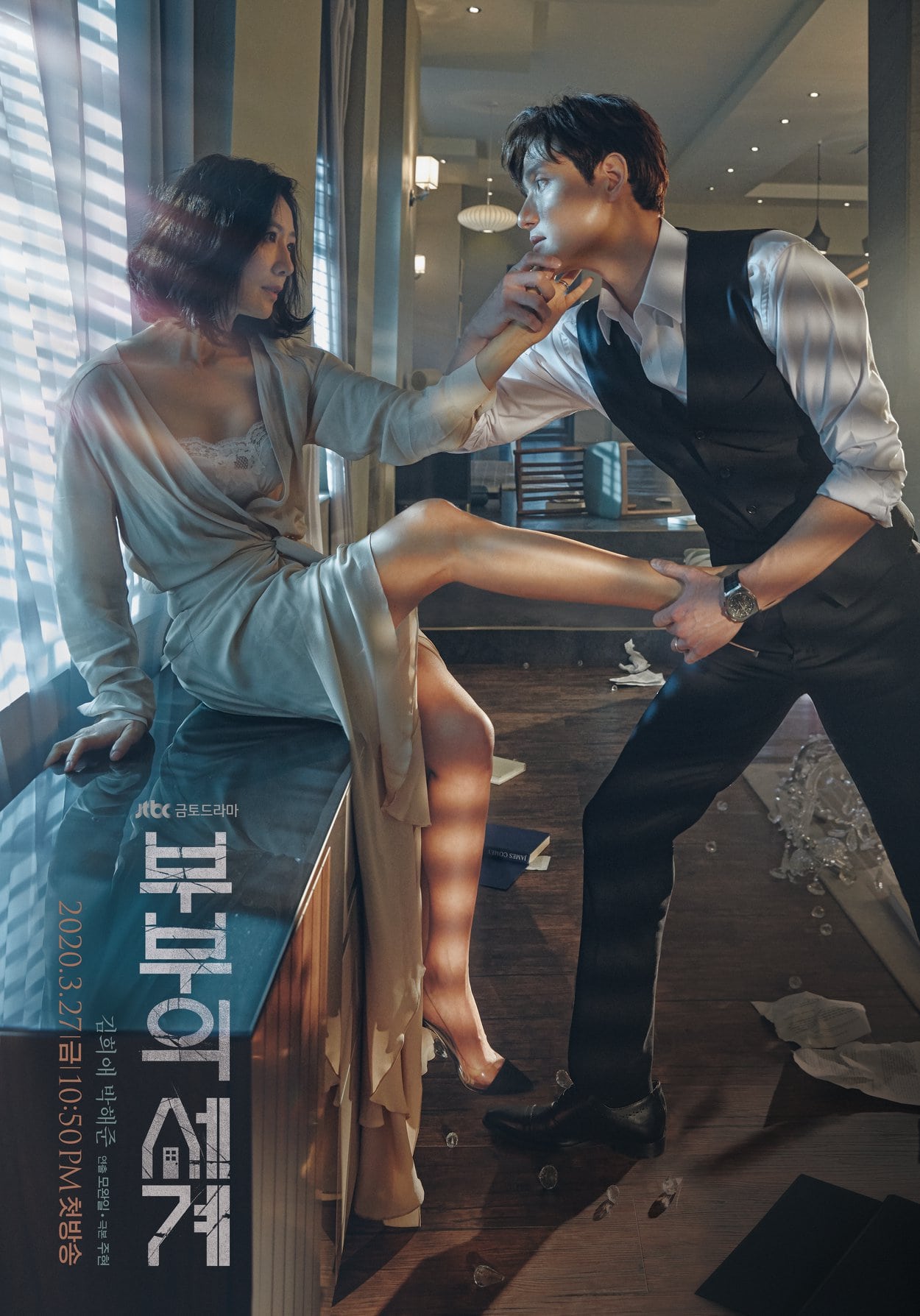 In the new poster, Kim Hee Ae reaches out seductively toward Park Hae Joon, even though she has a stiletto heel poised against a very delicate area. Even as he stands amidst the shambles of what appears to be their home, Park Hae Joon holds on to Kim Hee Ae’s hand at the same time he tries to redirect the heel elsewhere.

The production team said of the two actors, “We were able to confirm the real value of [having cast] both Kim Hee Ae and Park Hae Joon, as we were able to take this poster image in just one shot. We were able to make an impactful moment with the combined strengths of Kim Hee Ae’s powerful, deadly pose and Park Hae Joon’s emotional control. It creates a still-life representation of this broken couple’s world with emotions that are impossible to describe in words.”

“A Married Couple’s World” will premiere on March 27 at 10:50 p.m. KST after the completion of “Itaewon Class.”