The upcoming drama is about the romance between news anchor Lee Jung Hoon (Kim Dong Wook), a man with hyperthymesia, a condition that gives people the ability to remember an abnormally vast amount of their life experiences in vivid detail, and rising star Yeo Ha Jin (Moon Ga Young), who has forgotten the most important moments of her life, as they come together to overcome their pain.

The newly released stills showcase the intense first encounter between Lee Jung Hoon and Yeo Ha Jin during a live news broadcast. In the stills, Lee Jung Hoon is giving Yeo Ha Jin a gentle smile, but his keen gaze hints at the onslaught of scathing questions he’ll ask Yeo Ha Jin that will make her feel flustered. Known as the “gentle tyrant,” Lee Jung Hoon makes the people around him tense with his presence.

The stills showcase a scene in which actress Yeo Ha Jin has been invited to the live news broadcast run by Lee Jung Hoon for an interview. Despite Lee Jung Hoon’s overwhelming presence, Yeo Ha Jin stays undaunted with a bright smile. With a daring attitude, Yeo Ha Jin looks ready to answer any question Lee Jung Hoon will throw her way as she stares him down.

Although the two are smiling at each other, sparks fly between them in this tense scene, drawing curiosity on whether the live broadcast will conclude without any problems. 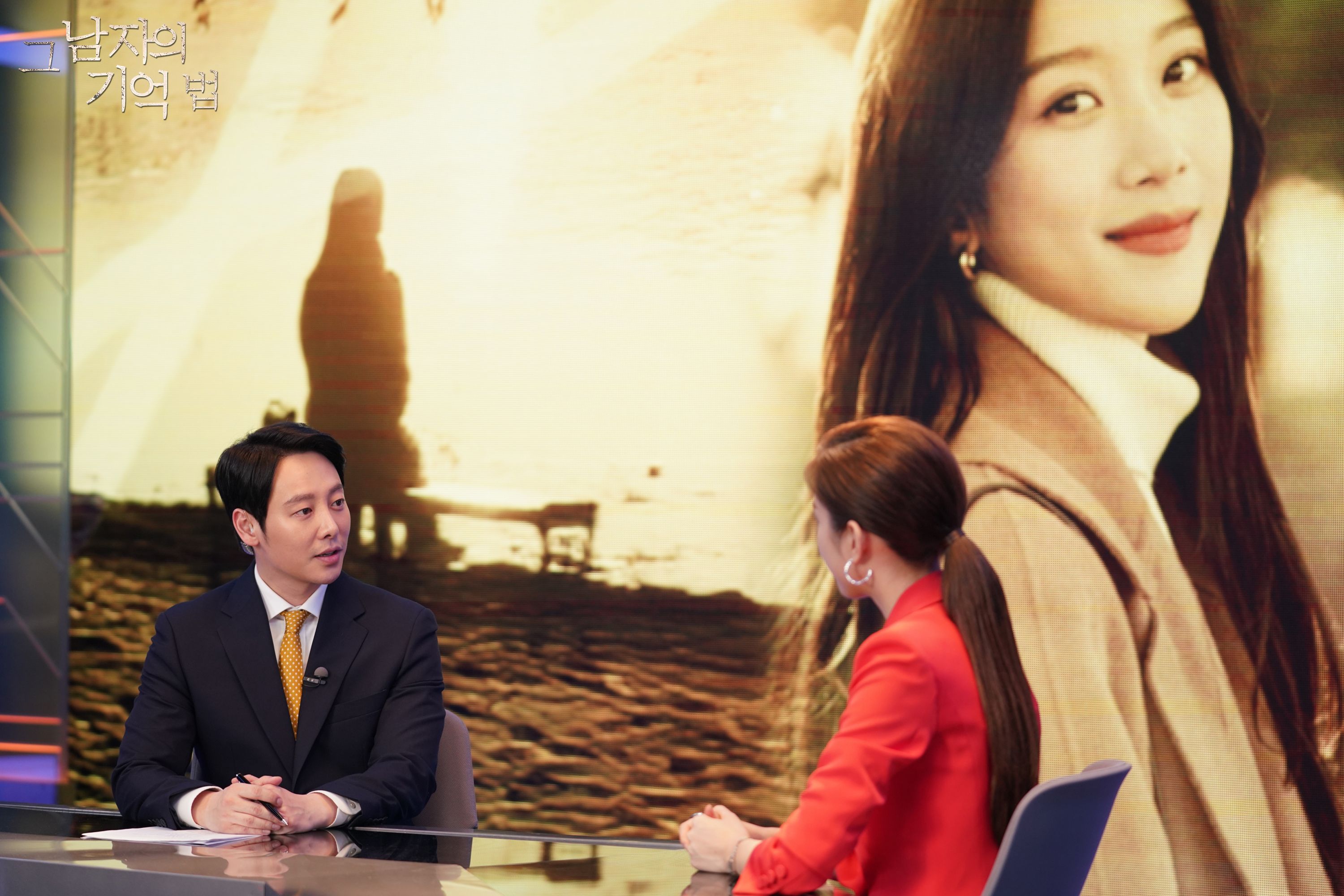 The production team of “Find Me in Your Memory” shared, “From the first filming, Kim Dong Wook and Moon Ga Young showcased their explosive chemistry. They had great acting chemistry, and just the heart-fluttering image of them sitting side by side in the live news studio made the production team smile. Please look forward to the highly tense first meeting between anchor Kim Dong Wook, who sends his cutting remarks to everyone indiscriminately, and buzz-inducing actress Moon Ga Young, who isn’t afraid to speak her mind.”

“Find Me in Your Memory” is set to premiere on March 18 at 8:55 p.m. KST following the conclusion of “The Game: Towards Zero.”

Watch the latest episode of “The Game: Towards Zero” below!