In the new video, Yeonwoo is filming her character’s mukbang (eating broadcast). The director suggests that Yeonwoo should say, “Shall we eat together?” but Kim Bo Ra points out that the line would feel too much like a commercial. Yeonwoo begins to attack the large slice of pizza, but the director stops filming and says, “Young Ah (Yeonwoo) looks like she’s having too much of a hard time.” Nonetheless, Yeonwoo continues to take on the pizza one bite at a time. 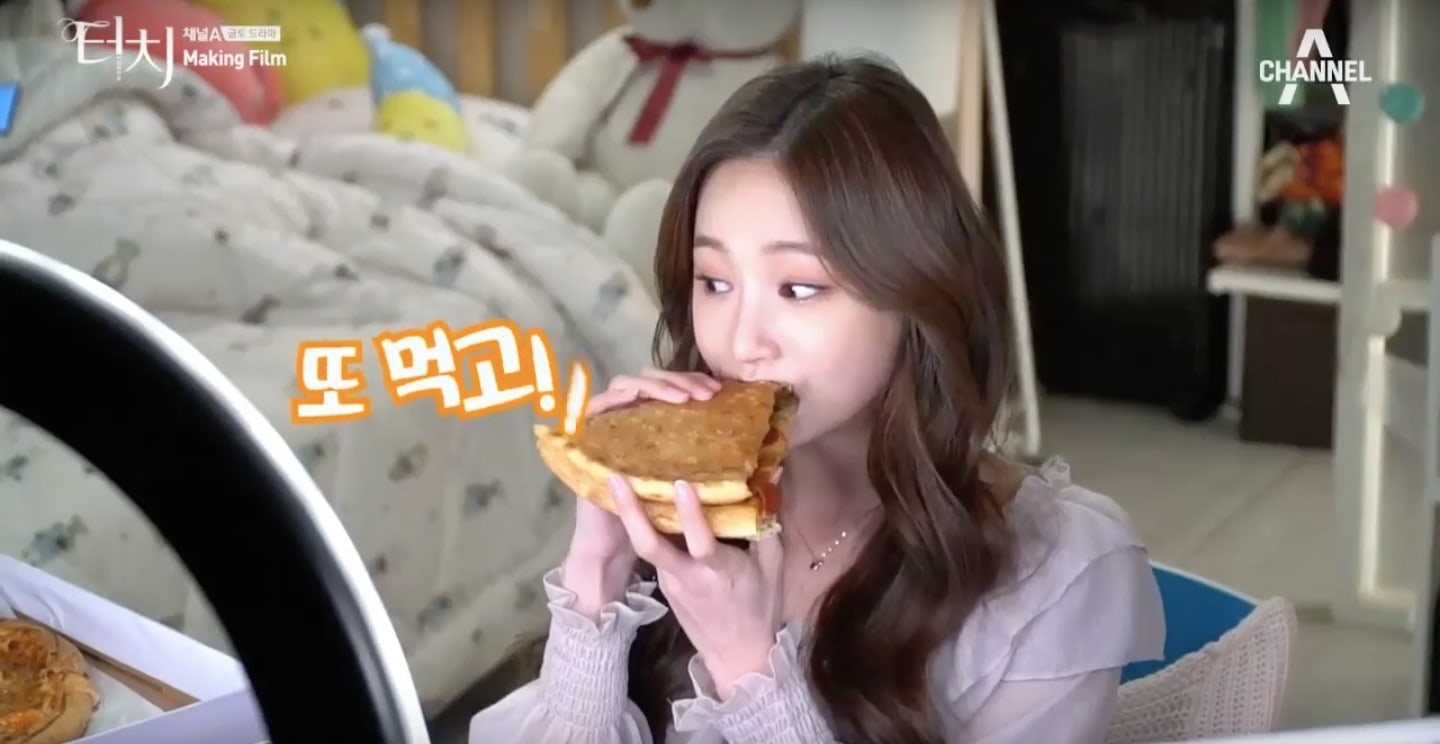 In the interview following the filming, Yeonwoo mentions that the pizza had frozen due to the cold weather. She concludes by asking viewers to continue showing love for “Touch” until its finale.

During Joo Sang Wook and Kim Bo Ra’s rehearsal, Kim Bo Ra suddenly bursts out laughing. When asked why, Kim Bo Ra explains that it was because Joo Sang Wook’s voice was so charismatic when he called her character’s name. The director suggests the two share a forehead kiss, and the camera director comments that Joo Sang Wook looked cool when he hugged Kim Bo Ra. Joo Sang Wook then pretends to awkwardly give Kim Bo Ra a kiss on the forehead, making everyone on set burst out laughing.

Joo Sang Wook continues to lighten up the mood on set, suggesting that they finish filming quickly so that the spicy rice cake and fish cake from the snack truck don’t get cold. 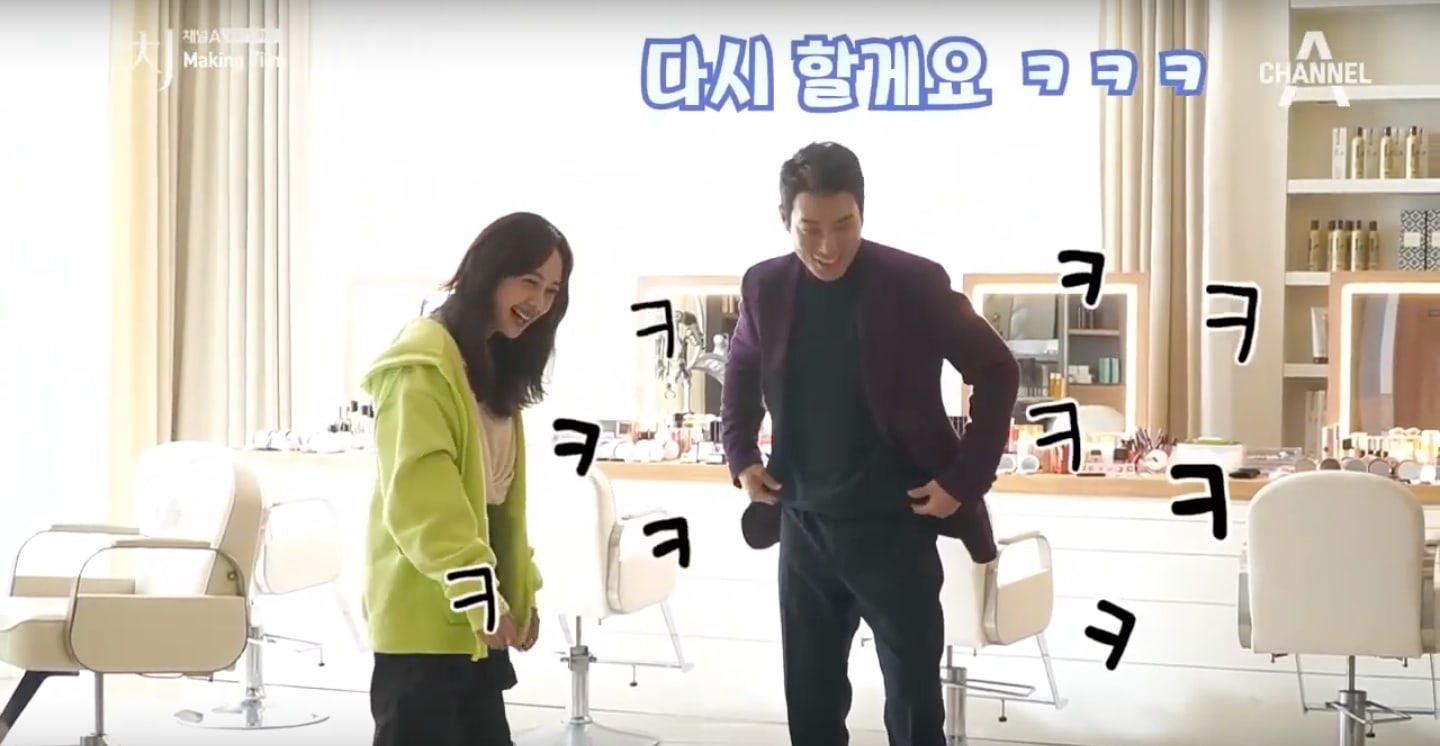 In a different set of behind-the-scenes clips, Joo Sang Wook and Kim Bo Ra are filming for the drama’s teaser. The two get silly during the filming, unable to stop laughing between takes and causing bloopers. After the dancing scene gets approved, Joo Sang Wook jokingly adds, “Well, that was pretty simple.” As Kim Bo Ra continues to film hilarious scenes for the teaser, Joo Sang Wook and the director try hard to contain their laughter.

Catch the latest episode of “Touch” below!