BoA Talks About SM’s 3 Billion Won Investment In Her Debut, Reacts To Past Videos, And More

BoA looked back at her career and achievements on SBS’s “Because I Want to Talk.”

On the February 19 episode, the K-pop veteran appeared as a guest an joined hosts Lee Dong Wook and Jang Do Yeon for some fun and conversation.

Sharing her thoughts on her 20th debut anniversary, BoA began, “[My fans] came alone to my performances, but next time there’d be two people together and then the next time, they’d come with their child. There are people who got married after meeting through my fan club and dancers who became a married couple too.” She continued, “Before, I used to tell my fans to study hard, but now, I ask if they took a day off work.”

BoA revealed that she was contacted by over 20 entertainment agencies when she was in sixth grade, with SM Entertainment being the first agency to call her. “My first performance ended in an instant,” she said. “There isn’t a specific part that I remember, but it felt real that I had finally debuted.” She added that she immediately went to the practice room to monitor her debut performance and practiced again and again while watching the clip. 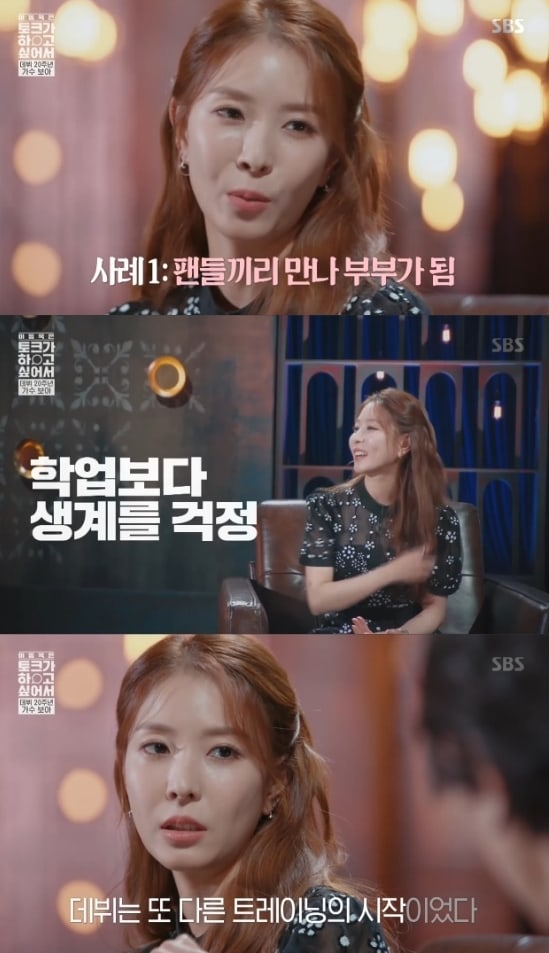 Lee Dong Wook said, “The agency must’ve had a lot of confidence in you since they invested 3 billion won ($2.5 million).” BoA replied, “I couldn’t really grasp the gravity of 3 billion won since I was young. It’s not like it was 30,000 won (approximately $25). I helped them earn a lot.”

BoA and the two hosts then watched a clip of BoA’s performance of “No. 1.” “It’s embarrassing,” she commented. “It’s scary that SBS still has all these clips.” The next video then showed BoA accepting the Daesang (Grand Prize). When Lee Dong Wook asked what she did after winning this award, BoA made everyone laugh when she replied, “I went home and slept. Everyone went to the team dinner except me.” 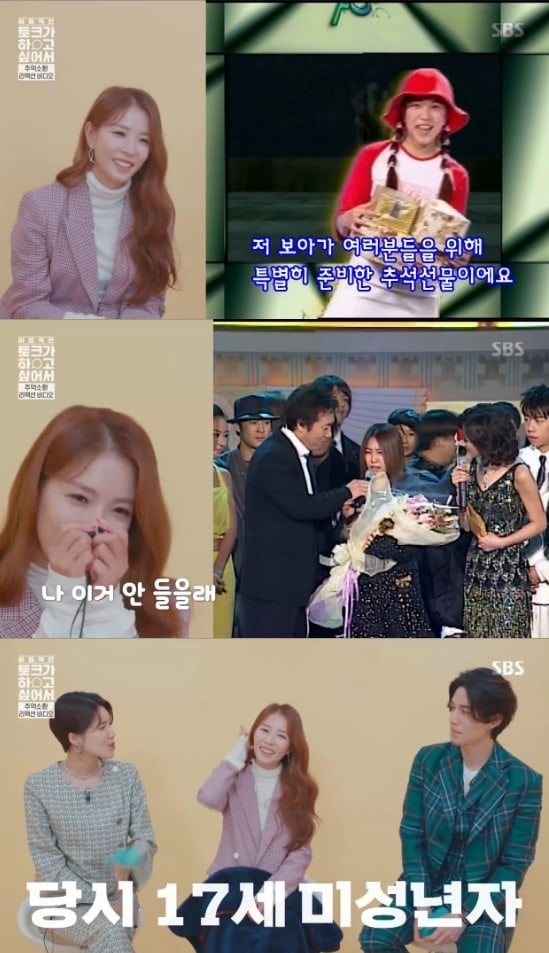 They continued to watch some of BoA’s popular hits including “Atlantis Princess” and “My Name.” Referring to her stage outfit at the time, she said, “A lot of people asked me ‘Why are you wearing goggles in the middle of summer?’ during my promotions for ‘Atlantis Princess.’ During ‘My Name,’ I tanned my skin and worked out a lot.” BoA then got up and showed off the famous twerking choreography from “My Name.”

The variety program also showed throwback clips of BoA’s time as a host on SBS’s “Inkigayo.” Lee Dong Wook and Jang Do Yeon called her cute, and BoA said, “It’s embarrassing to watch it now, but I had fun at the time.” Jang Do Yeon said that she felt proud of her, and Lee Dong Wook added, “I feel as if I’m watching with the mindset of an aunt or uncle.”

A past interview of BoA also played onscreen where she said that she was trying to focus on one thing since it’s hard to succeed at both things at a time. BoA revealed that she faced some backlash after this interview aired. “I got so much criticism that I sounded too mature for my age, so I’ve never used that saying since,” said the singer. 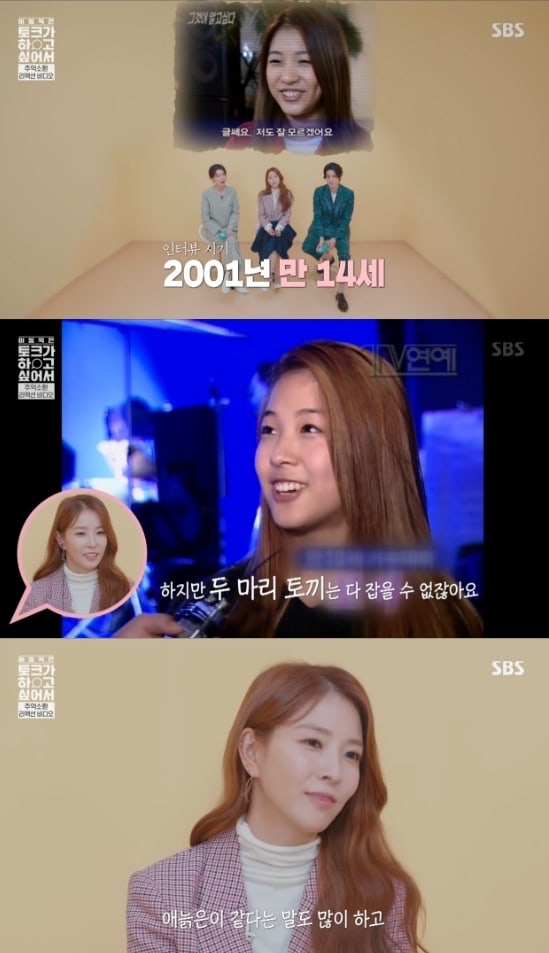 Lee Dong Wook asked, “What’s still difficult today?” and BoA candidly answered, “This is something that fans say as well, but I’m not good at lip syncing. When I’m filming an MV, I can’t really look pretty while lip syncing.”

As for music styles she wants to try again, BoA replied, “I couldn’t sing ‘Atlantis Princess’ for a while and then sang it once at a festival last year. I always said that music is the easiest time machine and it felt as if I had become an 18-year-old. I felt the emotions that I had forgotten about.”

BoA shared some health troubles she’s experiencing due to her early start in the music business. “I usually don’t wear heels and try not to physically exert myself too much. I get physical therapy treatment twice a week. I get in better condition so that I can go up on stage. I’ve gotten a lot better. There was a time when I laid down on the plane when my back wasn’t well.” 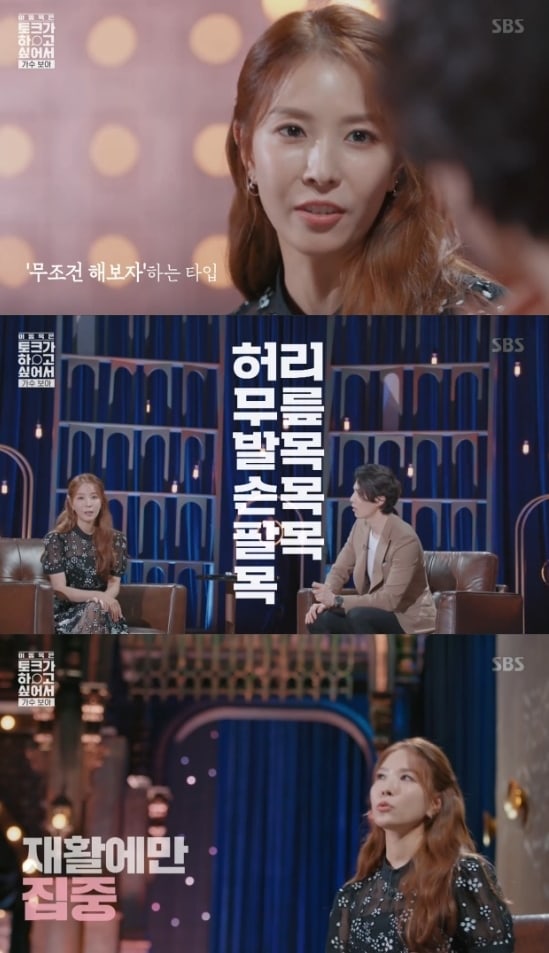 Lee Dong Wook asked, “If you had debuted later and had attended school, what kind of student would you have been? I think you would’ve been good at studying.” BoA replied, “I entered middle school as the No. 1 student in my school. My older brother couldn’t believe it and called the school to confirm.”

BoA and the two hosts then changed into school uniforms after the singer stated that she had never gone on a school field trip before. About the rumor that she passed an audition after tagging along with her older brother, BoA explained, “My older brother really doesn’t like [this rumor]. I didn’t go with him. It was bothersome to clarify this long story every single time, so I just said that it was correct.”

She continued, “I don’t have friends in the entertainment industry. What do you think when you see me? My personality in real life is cute. My fans know this. They call me ‘Bo cutie.'” She concluded the interview by talking about being a homebody, shared tips on watching movies frugally at home, and enjoyed a day at the arcade. 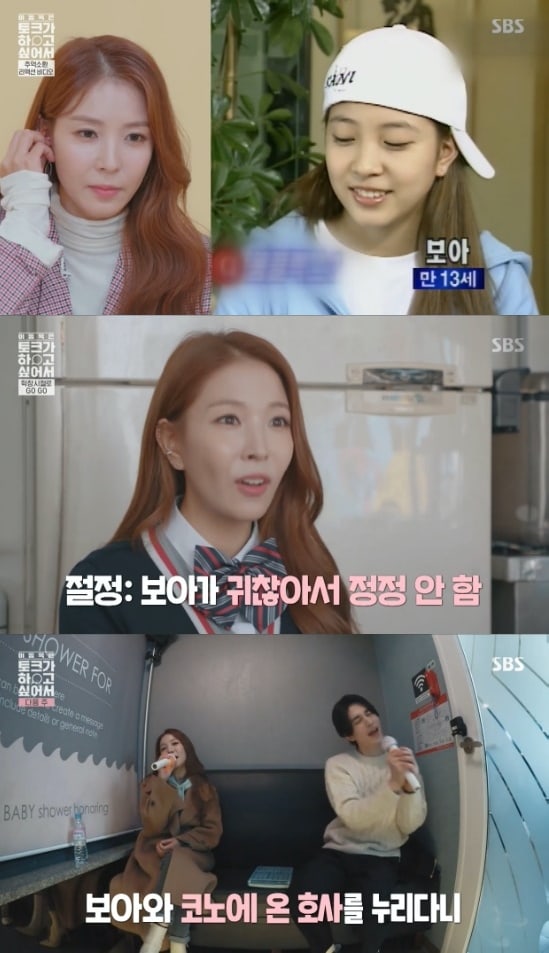 In the meantime, check out last week’s episode with English subtitles below:

BoA
Because I Want to Talk
How does this article make you feel?