On the February 19 episode of “Mr. House Husband,” FTISLAND’s Minhwan shared his concern as his enlistment approaches.

The episode was filmed before his wife Yulhee gave birth to their twins on February 11. In the show, Minhwan took their son Jaeyul to get his hair cut.

When Yulhee, Minhwan, and Jaeyul later sat down with their family for a meal, Yulhee shared, “I think all my wishes about children have come true. I wanted twins so much, and I’m going to have both a son and daughters. It’s so great, I’m happy!” 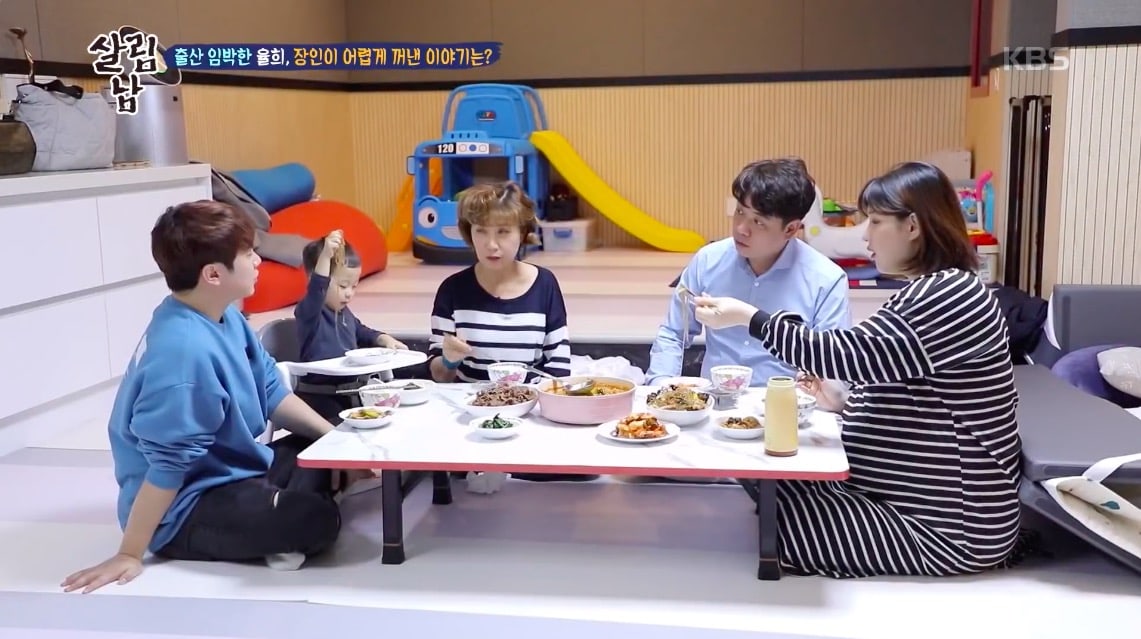 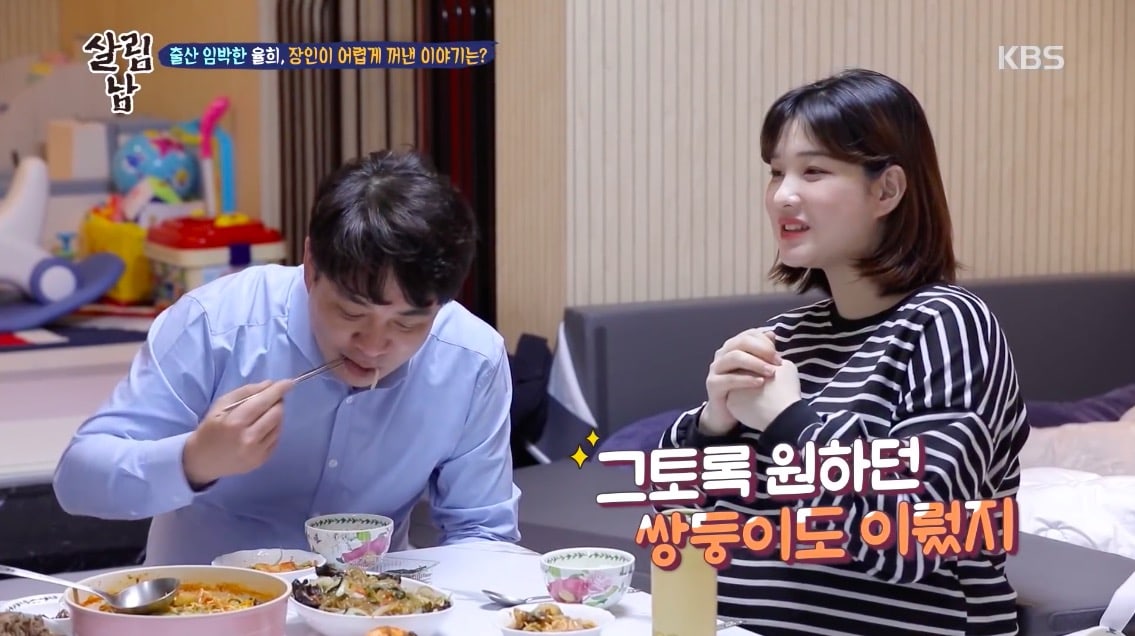 They then talked about how Minhwan will have to enlist shortly after the birth of their twins, and he said that he’ll go for his five-week training while Yulhee is in the postpartum care center.

Minhwan continued, “My concern is that after I get back from training, I won’t be able to tell which twin is which.”

Yulhee reassured him by saying, “They say that parents can recognize them the moment they’re born.” 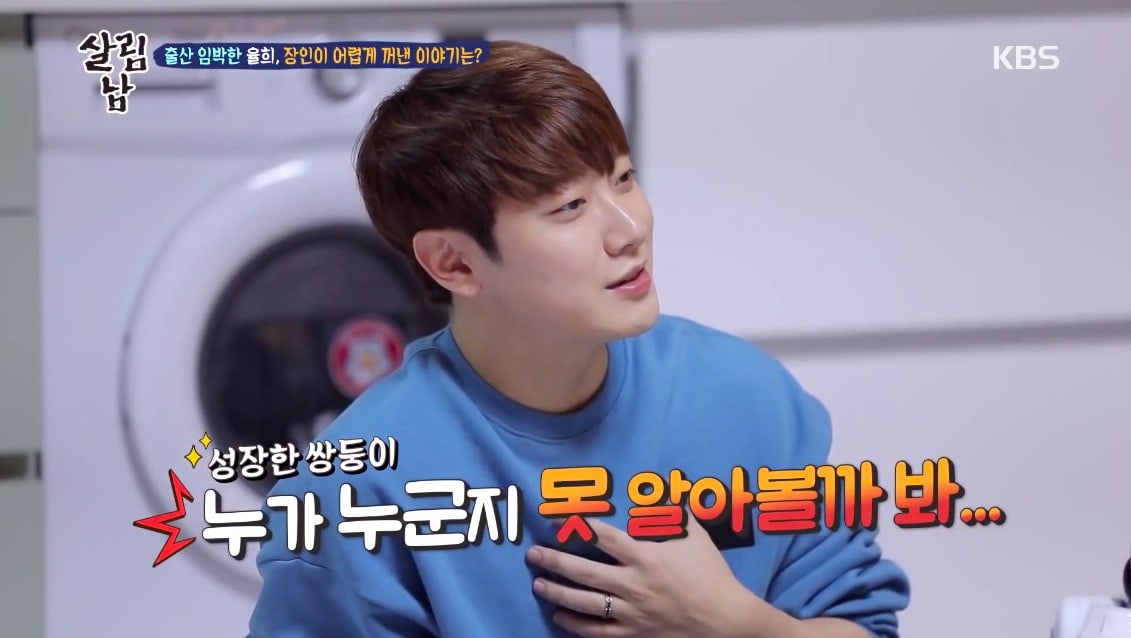 Minhwan will enlist for his mandatory military service on February 24. Following his basic military training, he will serve as a full-time reserve forces member, meaning he will commute from home during his service and serve in the area related to homeland defense.