The photo shoot took place at 1 a.m. due to Jung Hae In’s filming schedule for his drama, “A Piece of Your Mind.” Despite the late hour, the actor showed a professionalism on set that was praised by the staff members there. 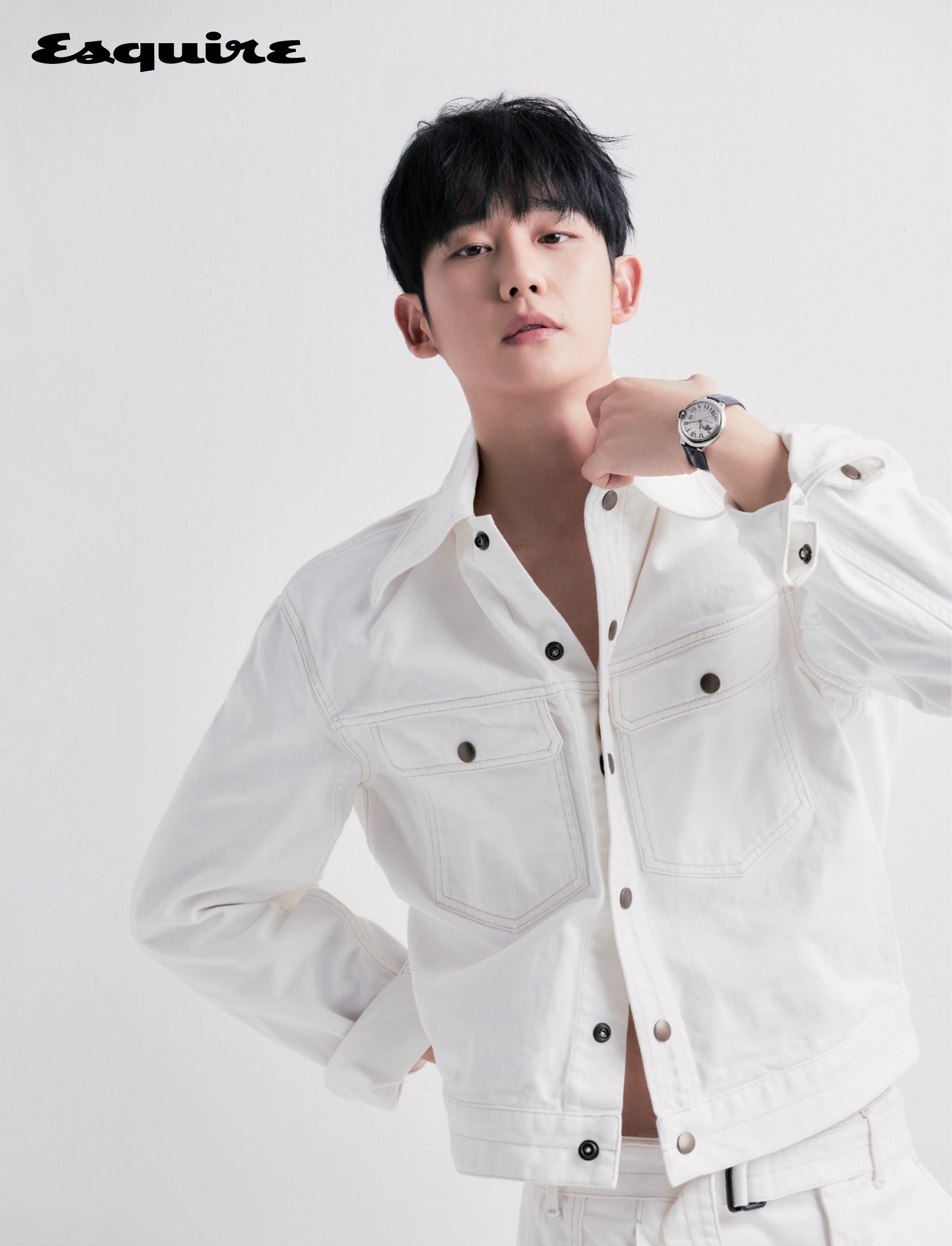 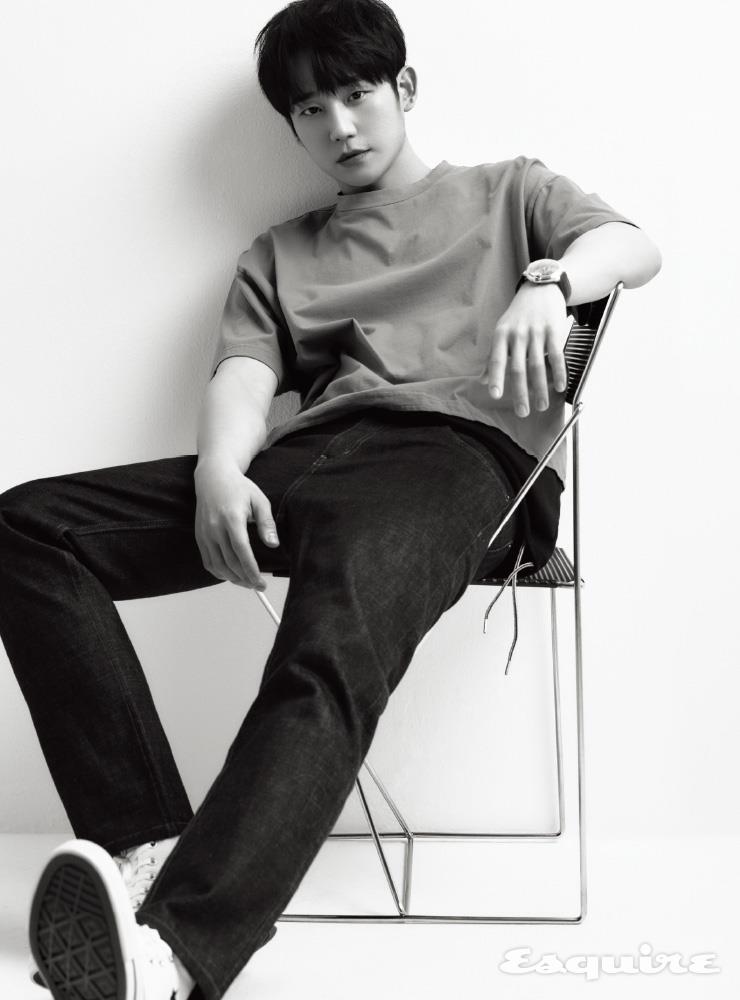 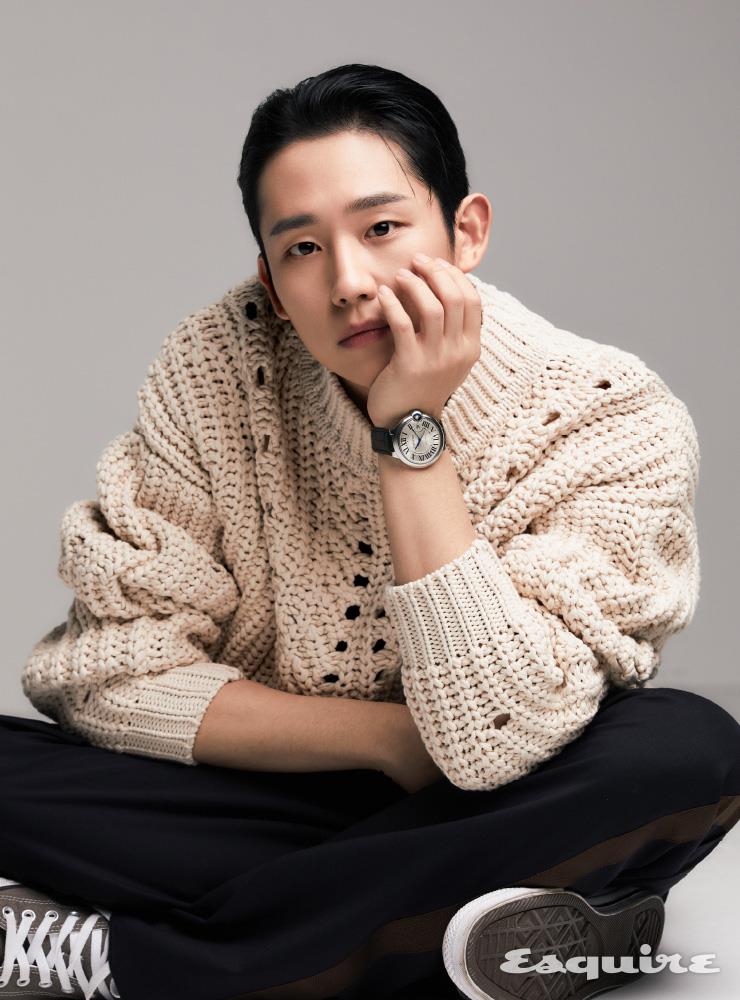 In the interview, Jung Hae In was asked about actors taking on jobs other than acting. He said, “You mentioned the phrase ‘ancillary activities,’ and to be honest, that’s the right way to put it. My main job is acting. But actors these days can’t just act. Fortunately, I like doing things like [photo shoots]. It’s not like I could do a photo shoot just because I wanted to, so it’s something to be grateful for.”

He added, “I recently filmed a travel variety program, and it was really… hard. I think that variety is best suited for those who do it professionally. During the last filming, I felt a sense of admiration for those people. There are cameras in all directions and the microphones are on all day. It felt like I was working through an action scene where no one yelled, ‘Cut!’ I lost stamina really quickly. In acting, you can focus all your energy and let it go when they say, ‘Cut,’ but it’s a different rhythm [on variety shows].” 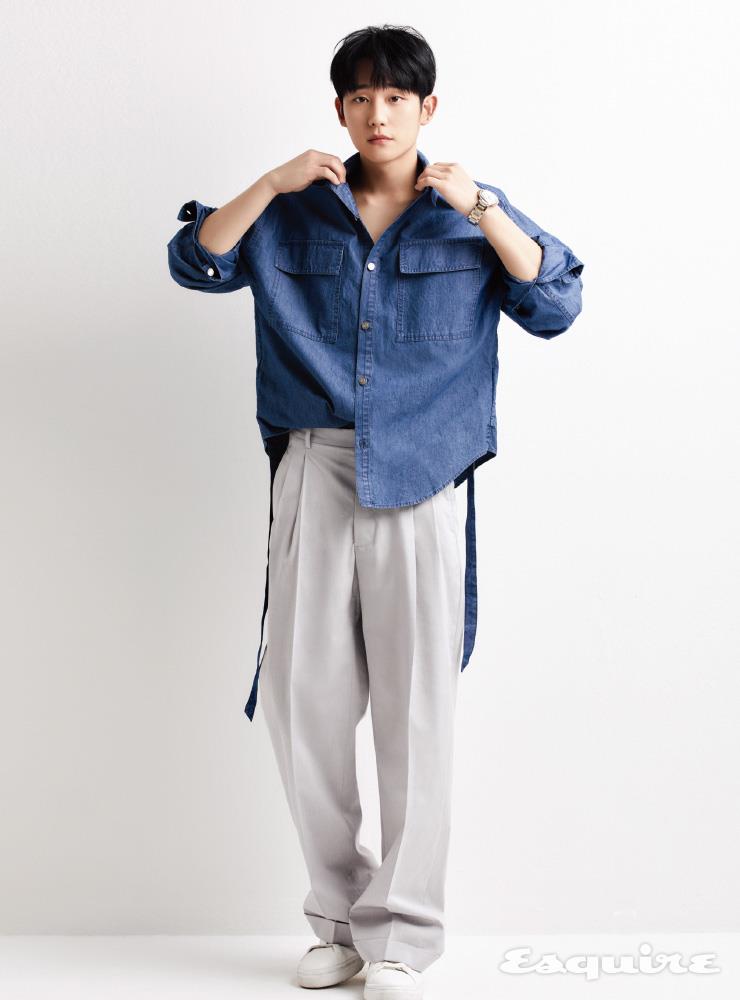 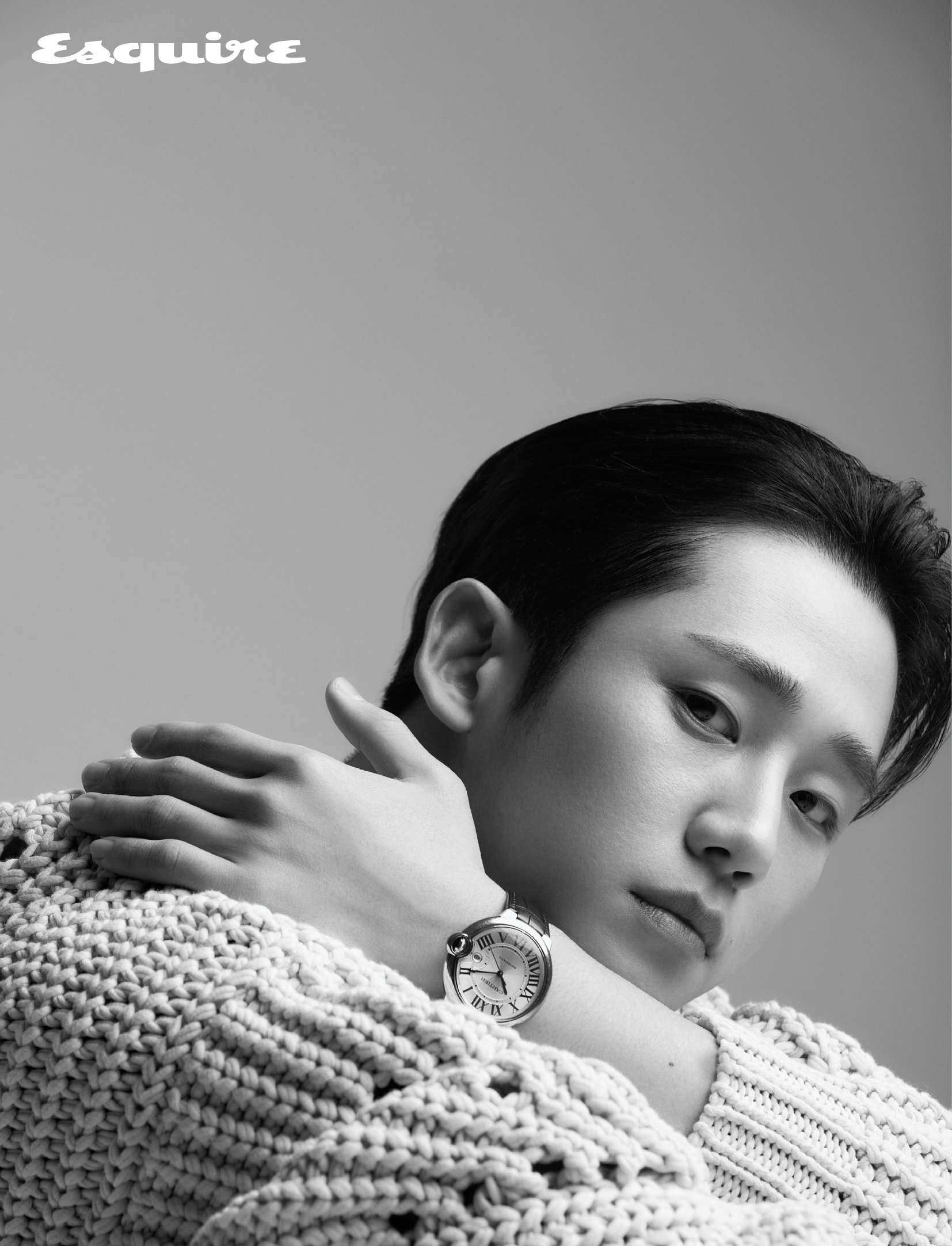 Jung Hae In also talked about the new drama that he is in the middle of filming. “A Piece of Your Mind” is an upcoming rom-com drama from tvN about an artificial intelligence programmer (Jung Hae In) who falls in love with a classical music recording engineer (Chae Soo Bin).

He said, “I’ve been working hard for a long time, but it’s the truth that many people learned about me through ‘Pretty Noona Who Buys Me Food.’ That’s why it feels like there’s a thread of continuity between it and my subsequent projects. But I think that ‘A Piece of Your Mind’ is very different. For one thing, it’s a very stylish drama. I felt a sense of novelty when I heard that it was about the concept of ‘artificial intelligence.’ But it’s not a very far-off idea. Science moves very quickly.”

He continued, “I think that the drama is trying to show the loneliness, solitude, and emptiness of modern people who are living in this generation, but also the healing that occurs in person-to-person interaction. We live in a very lonely age. I think that social media has become popular for that very reason. Because of loneliness.” 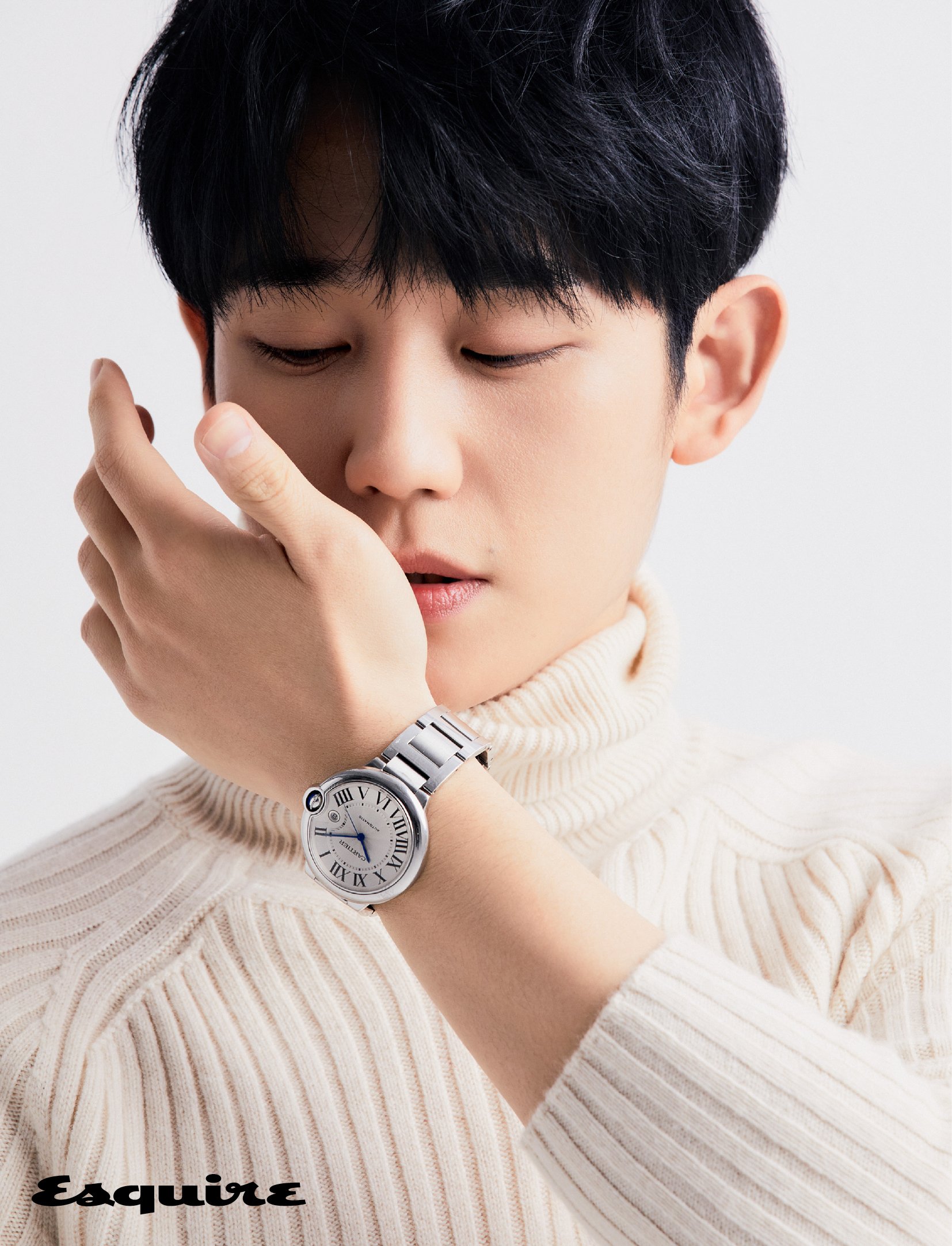 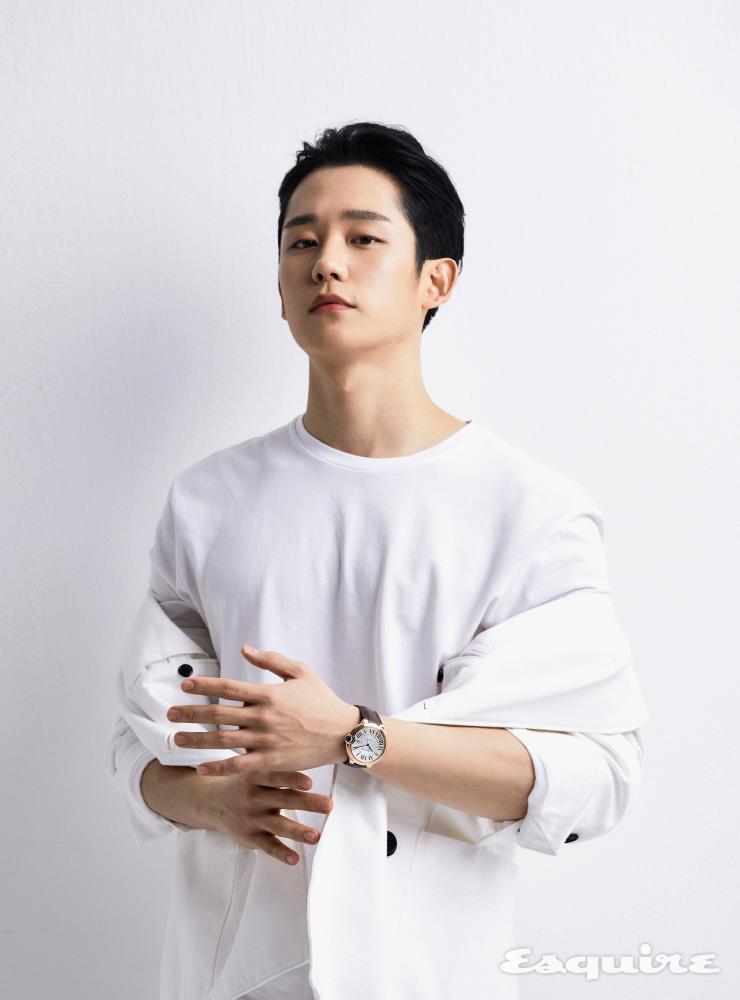 Jung Hae In described his character, the programmer Ha Won, as “[someone with] a very calm and poised personality. He thinks like an engineer. ‘Does it work? How does it work? It doesn’t work? Then let it go.’ ‘There’s a Plan A, B, and C.’ He sorts everything out very clearly, and doesn’t show his emotions much.” 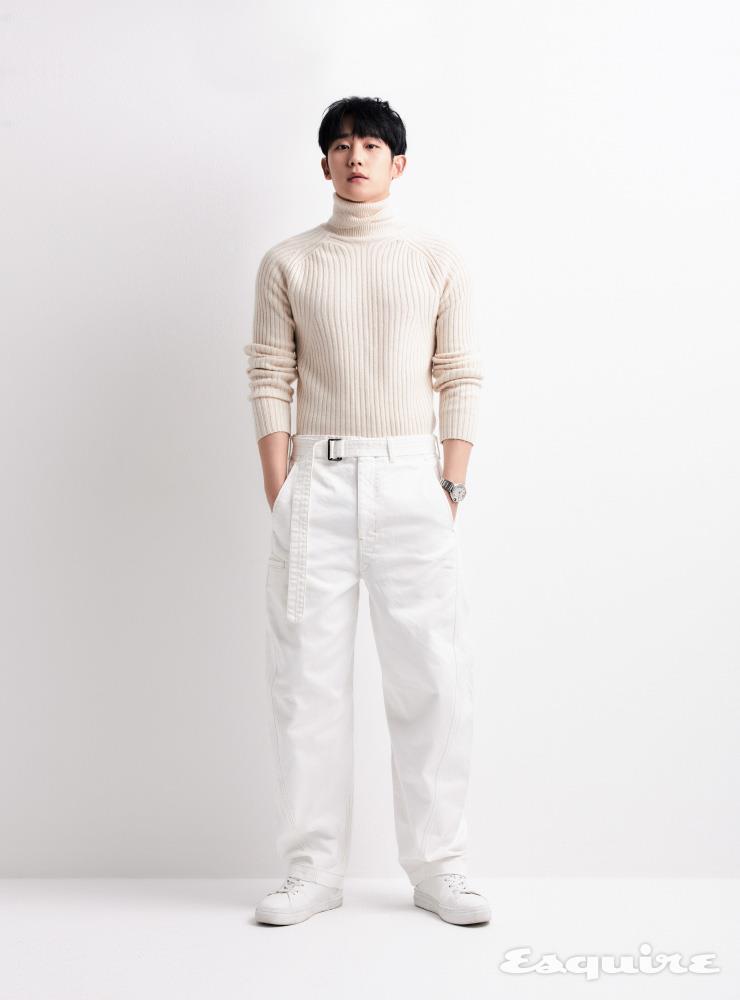 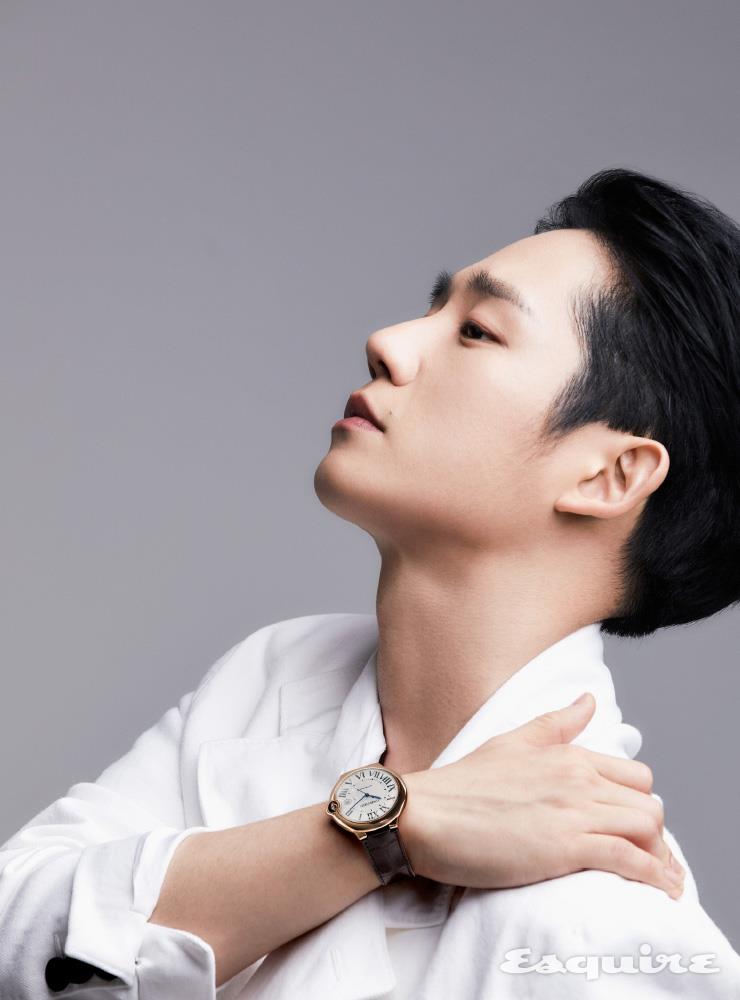 Finally, the actor shared some of his future goals, saying, “I want to do my work tomorrow well and stay healthy. Because the work of every day builds into something greater, I am always looking at my short-term goals. ‘I will definitely do this today,’ and ‘I will do this work with this attitude,’ it’s important to fulfill daily quests like this. So the important thing is doing tomorrow’s work well. And then the next quest will be waiting for me after that.” 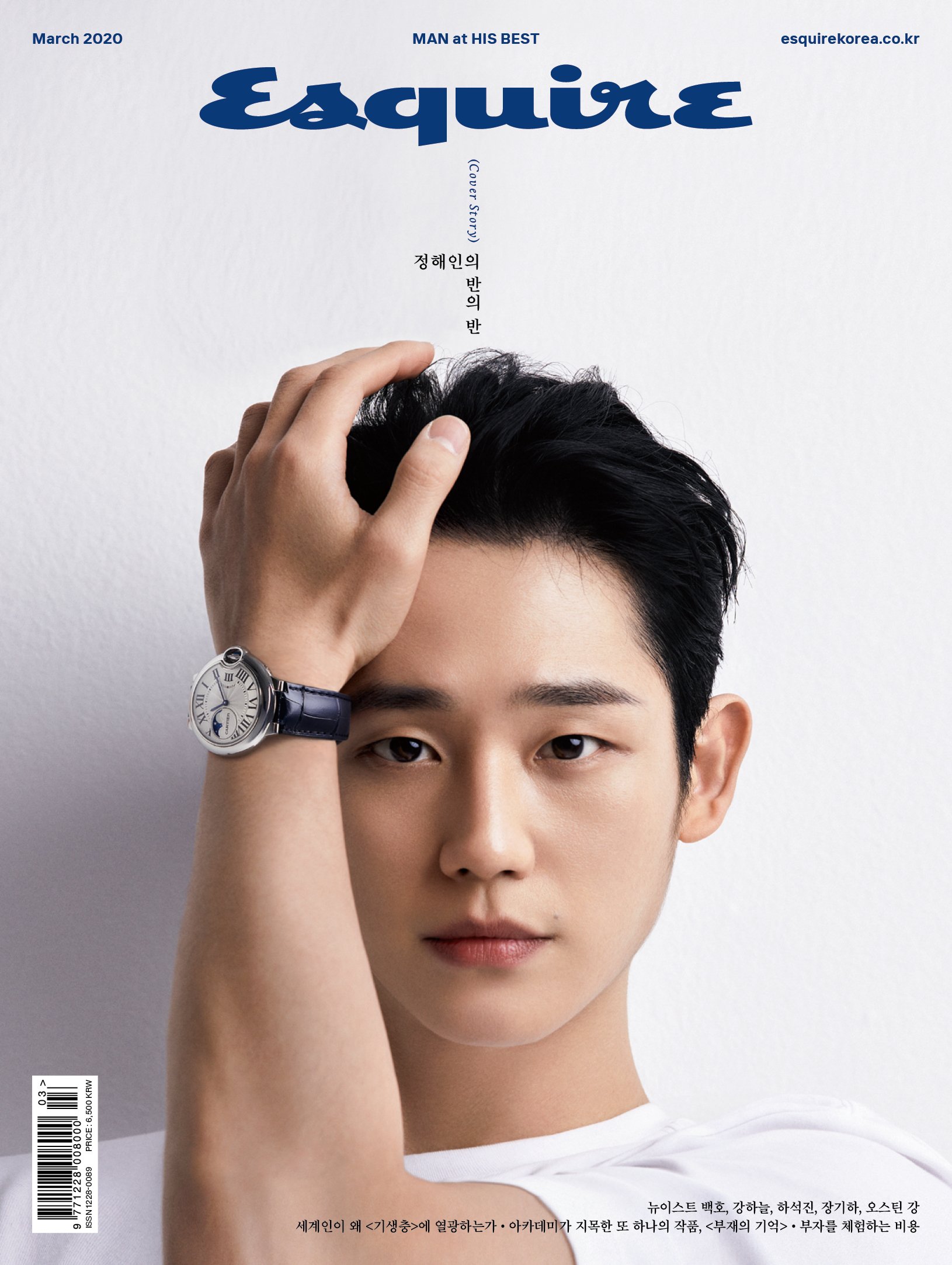 “A Piece of Your Mind” will premiere on March 23 and will be available on Viki.

Jung Hae In
Esquire
A Piece of Your Mind
How does this article make you feel?