“Memorist” is based on a webtoon of the same name and tells the story of a detective with supernatural powers (Yoo Seung Ho) and an elite criminal profiler (Lee Se Young) who team up to track down a brutal serial killer. 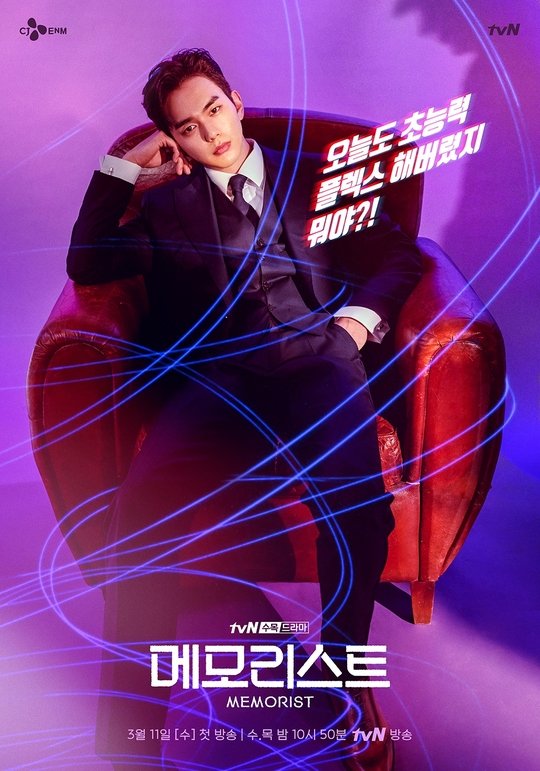 Both characters flex their skills in their character posters, staring down the camera with confident expressions and surrounded by the tools of their trade. Yoo Seung Ho is surrounded by a mysterious purple aura and his tagline reads, “I flexed my supernatural powers again, so what?” His character, Dong Baek, is said to be like an “idol” among police detectives and is popular with the public as well. 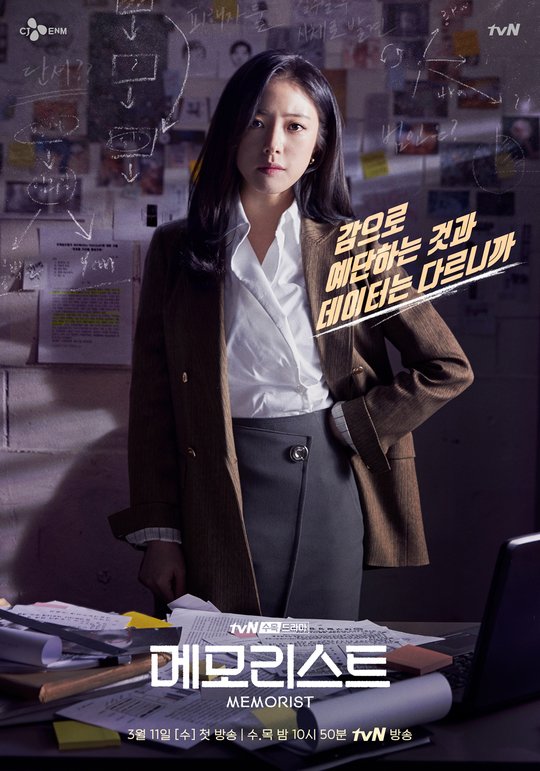 Lee Se Young, on the other hand, puts her faith in data, surrounded by equations and the tagline, “There’s a difference between going with your gut and hard data.” Her skills and intellect put her in the position of the youngest senior superintendent in the history of the police force.

The production staff of “Memorist” stated, “The superpowered Dong Baek and the genius profiler Han Sun Mi have different charms, so them working together to solve a mysterious crime has its own kind of tension. You will be able to see a new side to Yoo Seung Ho and Lee Se Young.”

“Memorist” premieres on March 11 and will be available on Viki.