“Hospital Playlist” is a new medical drama that will tell the everyday stories of ordinary doctors and patients. The series will star Jo Jung Suk, Jung Kyung Ho, Yoo Yeon Seok, Jeon Mi Do, and Kim Dae Myung as five longtime friends who first met back in medical school.

In “Hospital Playlist,” Jo Jung Suk will play the role of self-proclaimed “cool guy” Ik Joon, whose life is a perfect example of the “work hard, play hard” philosophy. Whether it’s academics or partying, Ik Joon is always at the top of his class, and he is the most cheerful and optimistic out of the five medical-school friends.

On February 20, the upcoming drama released new stills of Jo Jung Suk that emphasize his character’s duality. One photo shows Ik Joon wearing a mischievous smile as he playfully smiles at someone off-camera, but in the next, his fun personality has been set aside. Dressed in surgical scrubs, Ik Joon looks deadly serious as he changes gears and shows off his professional side as a hepatobiliary and pancreatic surgery professor. 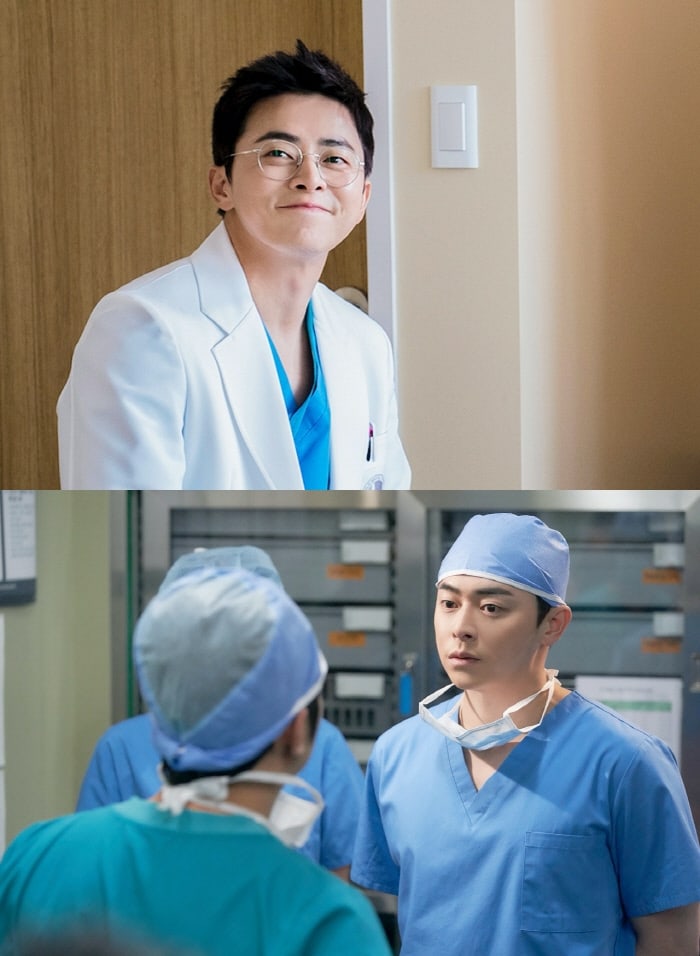 He went on, “Because Ik Joon is a character who is always full of energy and creates a cheerful atmosphere in any situation, I’m having a lot of fun playing him. Please look forward to the drama.”

“Hospital Playlist” will premiere on March 12 at 9 p.m. KST. In the meantime, check out a teaser for the drama here!

You can also watch Jo Jung Suk in his recent film “Hit-and-Run Squad” with English subtitles below:

Jo Jung Suk
Hospital Playlist
How does this article make you feel?