Watch: “Dr. Romantic 2” Cast Enjoys Teasing Each Other While Filming

In the new video, the cast can be seen having fun on the drama set. While waiting to film, Lee Sung Kyung, Bora, and Jung Ji Ahn can’t stop teasing Kim Min Jae, who becomes flustered and asks, “What’s wrong with them?”

Lee Sung Kyung suddenly requests that Kim Min Jae pretend to swing a heart at them with a bat. When he does, the three actresses dramatically fall over with squeals, and Kim Min Jae quickly exits the scene in embarrassment. 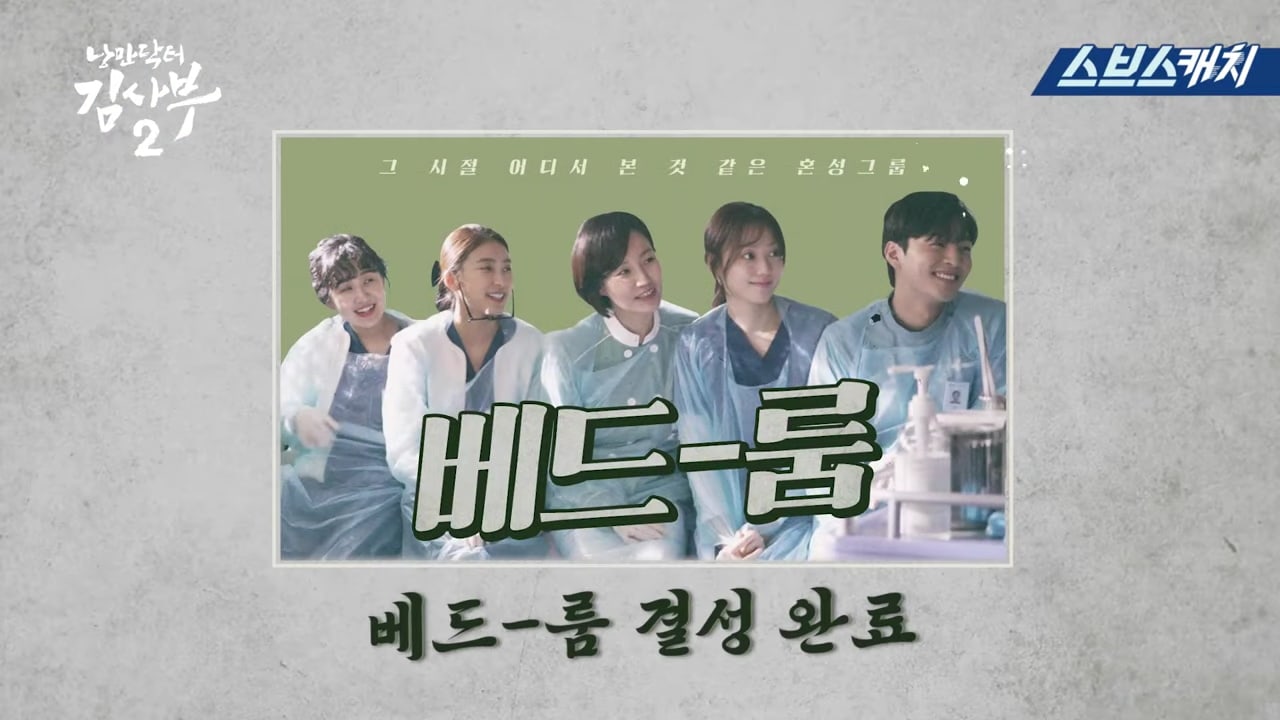 It seems like the actresses of “Dr. Romantic 2” love teasing their male co-stars! Their next target is Ahn Hyo Seop who has to do a “V” pose in the drama. Ahn Hyo Seop shakes So Ju Yeon out of embarrassment as Jin Kyung watches him with a sweet smile.

So Ju Yeon comments, “It was a pose I never imagined him doing,” and Ahn Hyo Seop paces back and forth as he asks, “Why is it so awkward to smile? [My character] Woo Jin is too cynical.” Ahn Hyo Seop poses with a “V” again, and when the actresses squeal at his cuteness, he happily skips off. 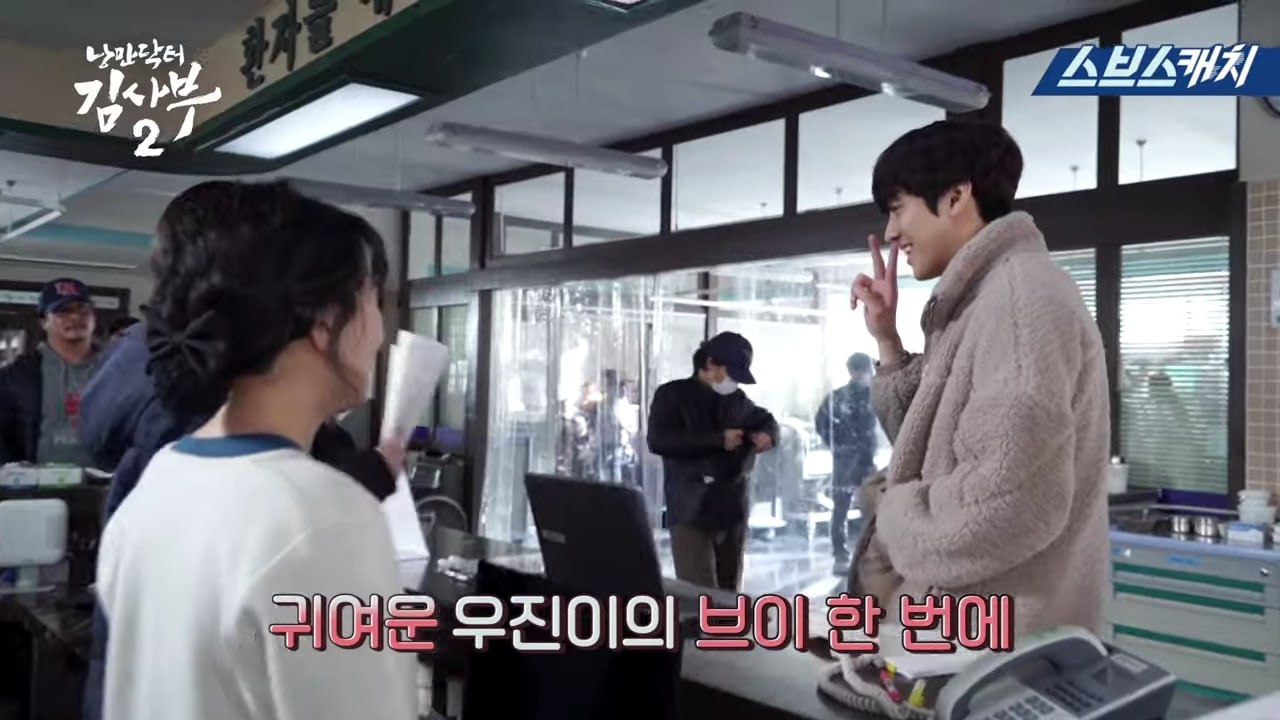 The embarrassment continues with Kim Min Jae and So Ju Yeon as they film a sweet scene. They can’t stop laughing whenever they meet eyes, and So Ju Yeon is especially shy because she has to take Kim Min Jae’s hand first. In the background, Lee Sung Kyung watches them with interest and jumps up and down at their sweetness. She shares that her heart feels ticklish and praises their brilliant chemistry. The actress jokes, “Oh, my. They’re picture perfect. [Ahn Hyo Seop] and I fight all the time, and we talk to each other with an attitude.” 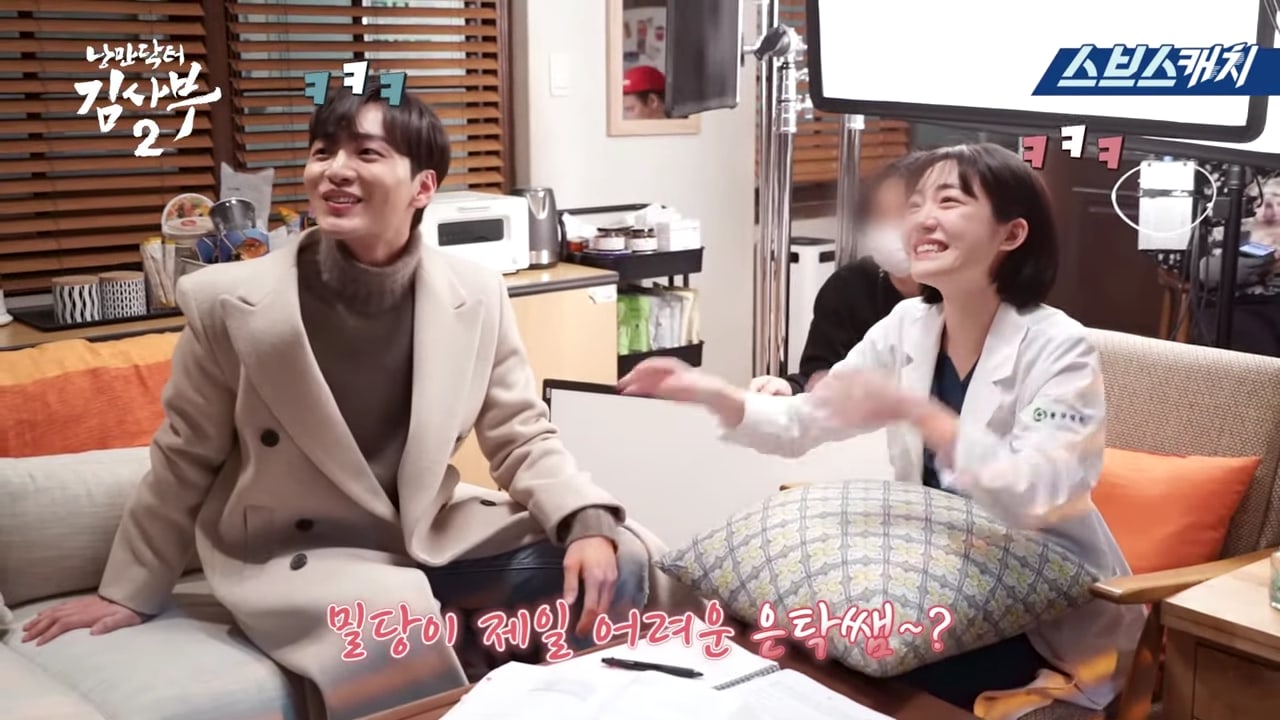 Check out the latest episode of “Dr. Romantic 2” with English subtitles now!