New Details Reported On BTS’s “Map Of The Soul: 7,” Including Unit Tracks, Solos, And More

New details have been reported about BTS’s much-anticipated new album, which is due to drop on February 21!

Headline Planet published a report on February 21 KST with information on BTS’s fourth full album “Map of the Soul: 7,” based on a Big Hit press release.

Big Hit is quoted as saying, “BTS now accepts both the proud light and withheld shadow of their identity to tell a story of individuals who have found their complete selves.”

As previously revealed, there will be two versions of the group’s title track “ON,” with the digital album including a version that features Sia. Big Hit describes the track by saying, “BTS once again pour out their hearts through the powerful and energetic hip hop lead single ‘ON’ that reflects on their calling and mindset as artists during the seven years.” It promises that Sia’s “signature eerie and charismatic voice” will provide a different vibe compared to the main version of the track. 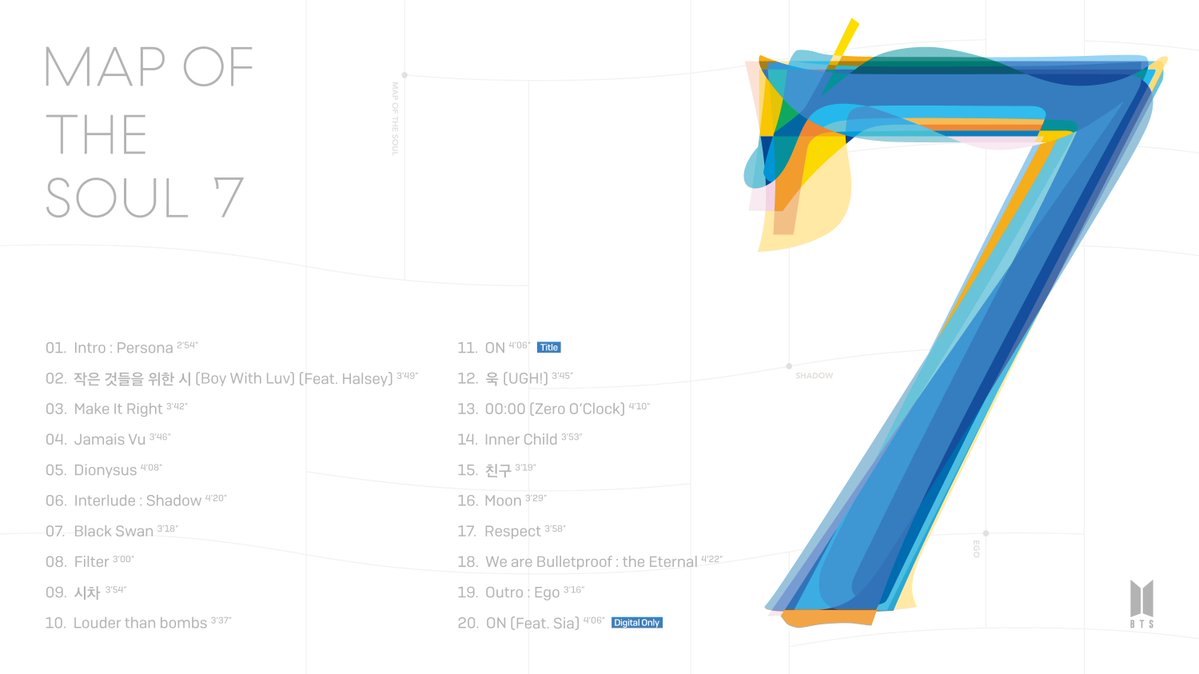 More exciting details have been reported about the album’s b-sides! “We are Bulletproof: the Eternal,” is said to be (as many expected) a continuation to the group’s track “We Are Bulletproof Pt. 2” off their 2013 debut single “2 Cool 4 Skool.”

The song “UGH” reportedly includes the rap line sharing “their anger toward malicious anger” while “0:00 (Zero O’Clock)” is described as “a sincere track from the vocal unit.”

“Friends” will be sung by Jimin and V and they’ll showcase their friendship through the song. “Respect” is reportedly a rap track by RM and Suga.

“Filter” is said to show the different sides of Jimin, while “My Time” is described as “chronicling Jungkook’s emotions” and “Inner Child” is a song from V to his past self. “Moon” includes Jin singing about his love for their fans ARMY.

“Map of the Soul: 7” drops at 6 p.m. KST on February 21, and the group will also reveal a music video for their title track “ON” at that time, which is described as a “Kinetic Manifesto Film : Come Prima performed by BTS.” A further MV for the track will be shared on February 28.