tvN’s upcoming drama “A Piece of Your Mind” has unveiled its main poster!

A romance drama about one-sided love, “A Piece of Your Mind” will star Jung Hae In as Ha Won, a kind-hearted artificial intelligence (AI) programmer who has spent years in one-sided love and has resigned himself to his lonely fate. Chae Soo Bin will star in the drama as Han Seo Woo, an optimistic classical recording engineer who finds herself drawn to watching Ha Won and his one-sided love from afar.

On February 21, the upcoming drama released its picturesque main poster featuring its two leads. The poster’s caption reads, “Just having half of half of your heart is enough for me,” emphasizing the drama’s theme of selfless, passive love.

Notably, despite the romantic spring vibes of the poster, Jung Hae In and Chae Soo Bin are gazing in different directions—Jung Hae In seems to be lost in thought as he looks at something off-camera with a small smile, perhaps thinking of his one-sided love. Meanwhile, Chae Soo Bin watches Jung Hae In closely with an amused look on her face, hinting at the discreet way she’ll be observing him in the story. 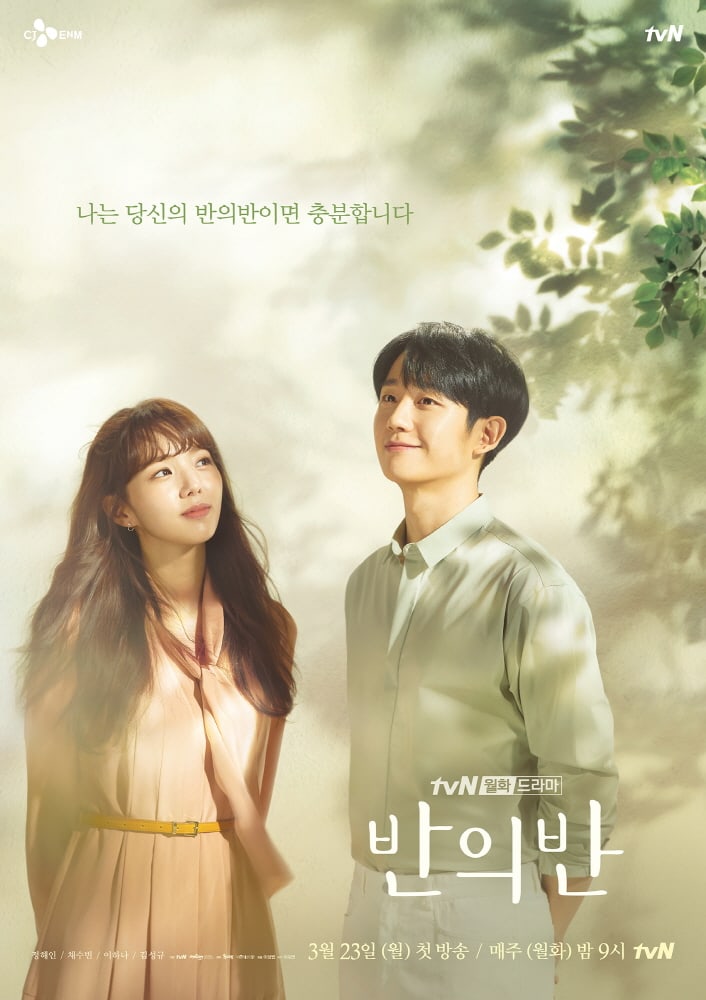