MBC’s upcoming drama “Find Me in Your Memory” (working title) has unveiled its first poster!

“Find Me in Your Memory” is a new romance drama about the love story between two people with similar emotional scars whose memories work in opposite ways. Kim Dong Wook will star as Lee Jung Hoon, a news anchor with hyperthymesia (a condition that gives people the ability to remember an abnormally vast amount of their life experiences in vivid detail). Meanwhile, Moon Ga Young will play rising star Yeo Ha Jin, who has forgotten some of the most important moments in her life as a psychological defense mechanism.

On February 21, the upcoming drama released a striking poster that hints at the dynamic between its two emotionally wounded leads. The cool blue palette of the poster makes it appear as though both Yeo Ha Jin and Lee Jung Hoon are submerged in melancholy, and their eyes seem to be brimming with tears as the caption asks, “Which is more tragic? A man who remembers forever, or a woman who forgets in order to survive?”

Notably, even though the two characters are literally overlapping—hinting at their intertwined fates—they are looking off in opposite directions, seemingly unaware of each other’s existence. 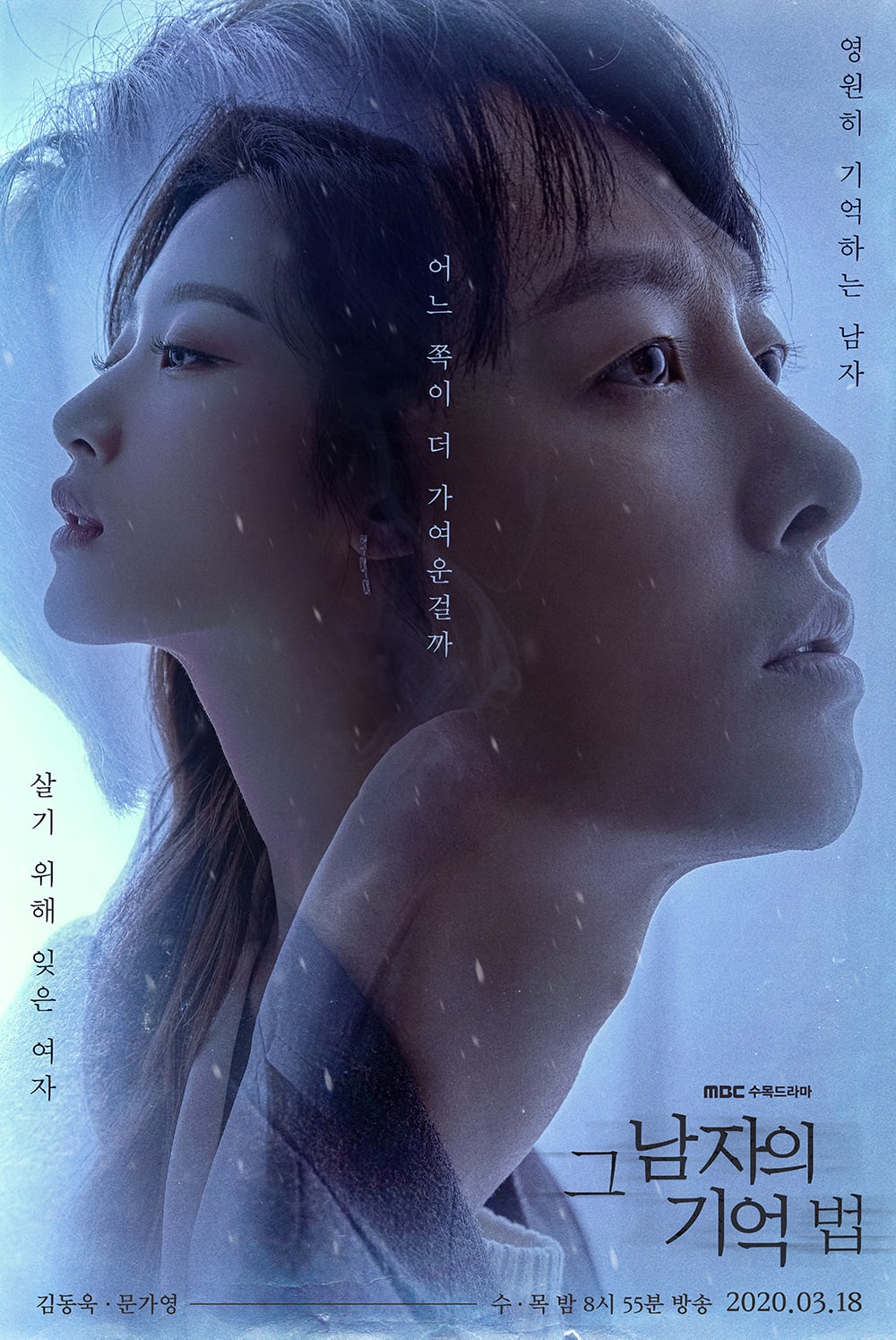 “Find Me in Your Memory” will premiere on March 18 at 8:55 p.m. KST, following the conclusion of MBC’s currently-airing drama “The Game: Towards Zero.”

In the meantime, check out the latest episode of “The Game: Towards Zero” below!