BTS’s latest comeback is off to a fantastic start!

BTS released their new album “MAP OF THE SOUL : 7” and music video for title track “ON” at 6 p.m. KST on February 21. As soon as the song was released, it debuted on the top of realtime music charts Melon, Genie, Bugs, Soribada, and Flo. 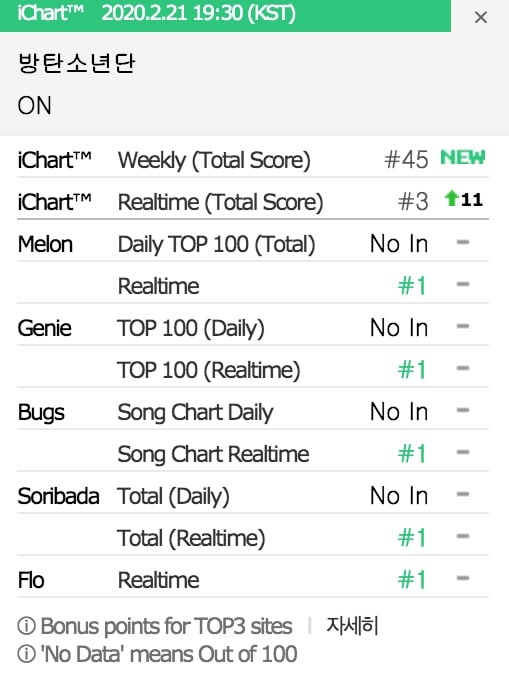 The song has also set a new record on Melon for the most unique listeners in the first hour of its release, with 123,489 listeners.

Congratulations to BTS and don’t forget to watch BTS’s Kinetic Manifesto Film : Come Prima for “ON“!