Weki Meki Explains Why Girls’ Generation Is Their Role Model, Shares Bucket List For 2020, And More

The girls appeared on the February 21 broadcast following their comeback with “DAZZLE DAZZLE.” They spoke about how Girls’ Generation is their role model, with Sei explaining, “They have done a wide variety of concepts and songs. I want to be able to portray all those concepts perfectly just like them. I also want us to be similar to them in terms of their teamwork.” 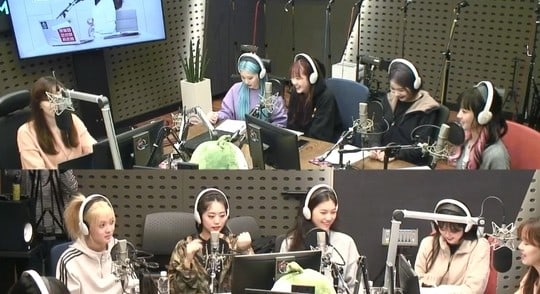 Rina, who recently turned 20 years old (by Korean reckoning), was asked what she was looking forward to most now that she is a legal adult in Korea. She replied, “My birthday or the Fantagio year-end party. To be honest, two years ago, I couldn’t drink so I just observed. It’s not that I wanted to drink but I was jealous of how much fun everyone was having.”

Lucy, who is entering her final year of high school this year shared, “School starts immediately after our promotions. There’s no time to rest. However, I can just have fun at school too.”

Weki Meki were also asked if they were watching any dramas, to which Choi Yoojung shared, “I’m having so much fun watching ‘Crash Landing On You,'” even doing an impression of Son Ye Jin‘s character Yoon Se Ri.

Lastly, the group revealed their 2020 bucket lists. Choi Yoojung shared, “I have a fear of heights so my big dream is to try bungee jumping. My small dream is to take pictures so I want to buy a camera.” Sei also commented, “We’ve never done a solo concert. Our official fan club was recently created so I want to show our Ki-Lings (their official fan club) special performances.”

Weki Meki
Kang Han Na's Volume Up
How does this article make you feel?