KBS 2TV’s upcoming drama “I’ve Returned After One Marriage” (literal translation) has given viewers their first look at Lee Sang Yeob in character!

Named after the Korean euphemism for a divorce, the drama will tell the story of a turbulent divorce that shakes up a family before leading to the discovery of happiness.

Lee Sang Yeob will be playing the husband of Song Na Hee (played by Lee Min Jung) in the drama. Their characters got married after dating in medical school and currently work at the same hospital together.

In his first stills from the drama, Lee Sang Yeob appears both charismatic and sweet as he transforms into a doctor of internal medicine at a pediatric hospital. During a presentation, he wears a serious look on his face, but he breaks out into a smile while holding bouquets of flowers. He is also surrounded by fellow doctors, giving viewers a sense of his popularity amongst his colleagues. 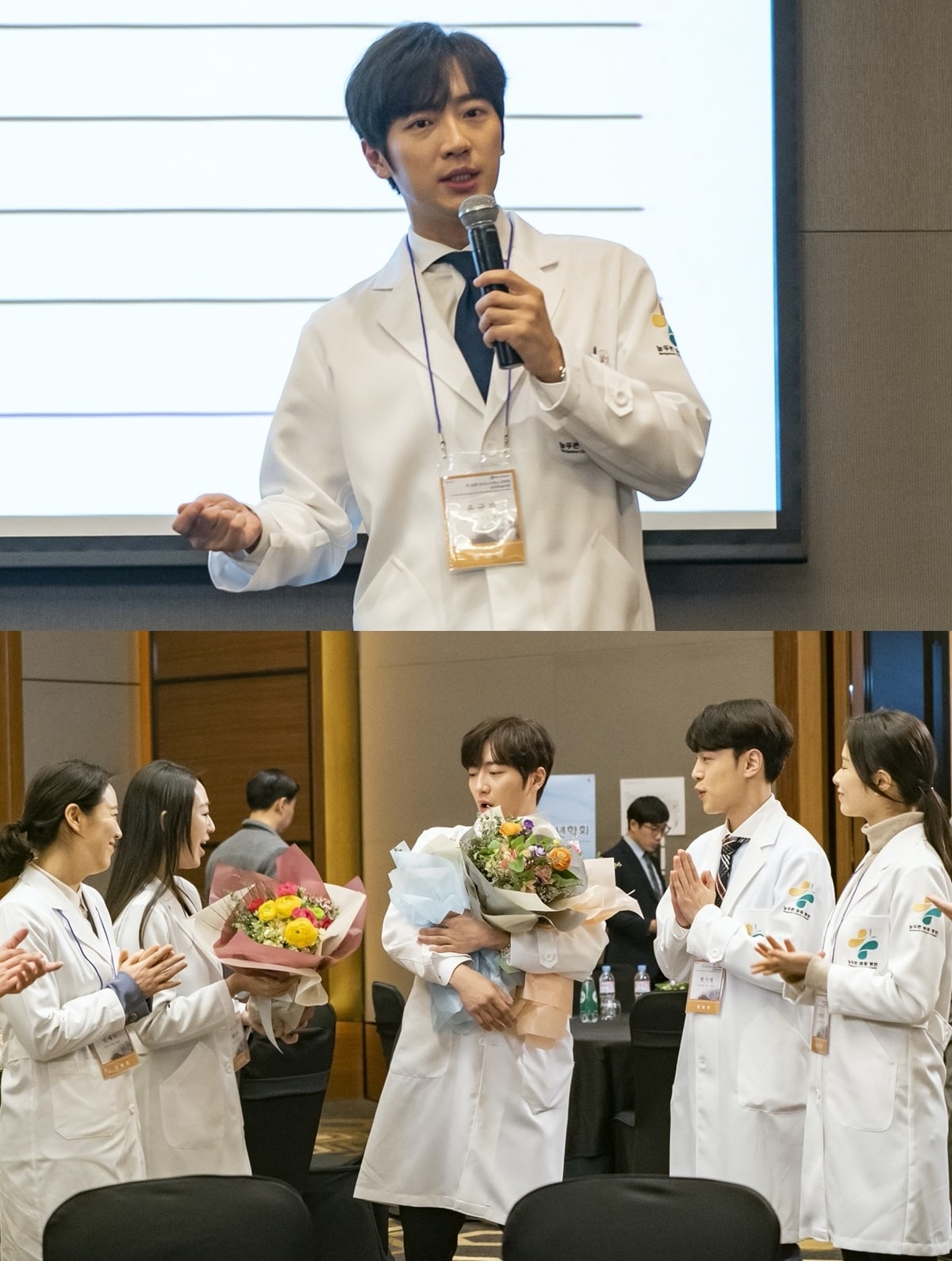 Premiering in March, “I’ve Returned After One Marriage” is a collaboration between director Lee Jae Sang, who is known for his popular weekend dramas, and writer Yang Hee Seung of “Familiar Wife,” “Weightlifting Fairy Kim Bok Joo,” and “Oh My Ghostess.” The drama will be taking over the time slot currently occupied by “Beautiful Love Wonderful Life.”

Check out the latest episode of “Beautiful Love Wonderful Life” below!

Lee Sang Yeob
How does this article make you feel?