The SBS drama follows the lives of doctors at the Dol Dam Hospital. In the first season, Yang Se Jong played Dr. Do In Bum, the son of Do Yoon Wan (Choi Jin Ho) who went from being bitter and selfish to warm and selfless because of Kim Sa Bu (Han Suk Kyu).

The stills for episode 15 feature Kim Sa Bu, Do In Bum, and Seo Woo Jin (Ahn Hyo Seop). Do In Bum warmly embraces Kim Sa Bu who is also joyful to see him. However, Do In Bum coldly disregards Seo Woo Jin, and Seo Woo Jin doesn’t exactly seem thrilled to meet him either. Questions are mounting over what the subtle tension between Seo Woo Jin and Do In Bum could be a result of, and viewers are eager to find out why Do In Bum returned to Dol Dam Hospital. 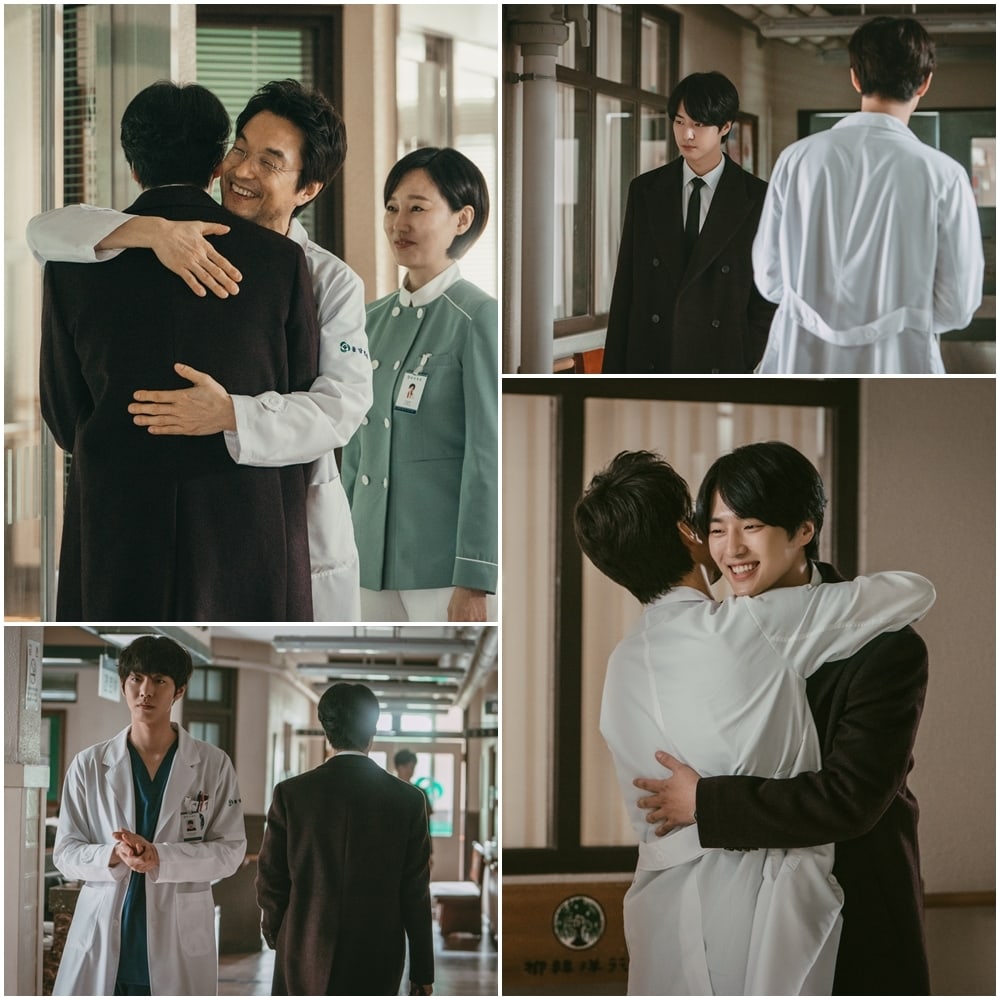 This scene was filmed at a set in Yongin, Gyeonggi Province this month. When Yang Se Jong appeared on the set with a bright expression on his face, the actors who were preparing for the shoot ran out to warmly welcome him. Moreover, Yang Se Jong and Ahn Hyo Seop, who previously appeared together in the drama “30 But 17,” couldn’t hide their joy and eagerly shook hands and hugged each other. Yang Se Jong also greeted each of the crew members who worked with him in the first season.

Production crew Samhwa Networks said, “Thanks to Yang Se Jong, who readily accepted the special appearance, we will be able to present a richer and more thrilling story line. Please look forward to the broadcast of Do In Bum’s return to Dol Dam Hospital.”

Watch the first season of “Dr. Romantic” below if you haven’t already: