COVID-19 (novel coronavirus) is being spread quickly in South Korea. In light of government advice to avoid holding events at which large numbers of people gather, more events in the entertainment industry have been cancelled, postponed, or changed. As of February 23 at 5:30 p.m. KST, there are 602 confirmed cases of COVID-19 in South Korea.

Big Hit Entertainment shared through the agency’s official social channels that the global press conference for BTS’s “Map of the Soul: 7” will proceed without the press present at the event. The press conference will instead be broadcast live on YouTube. The agency additionally asked the press and fans to refrain from visiting the venue. The live stream will begin on February 24 at 2 p.m. KST. 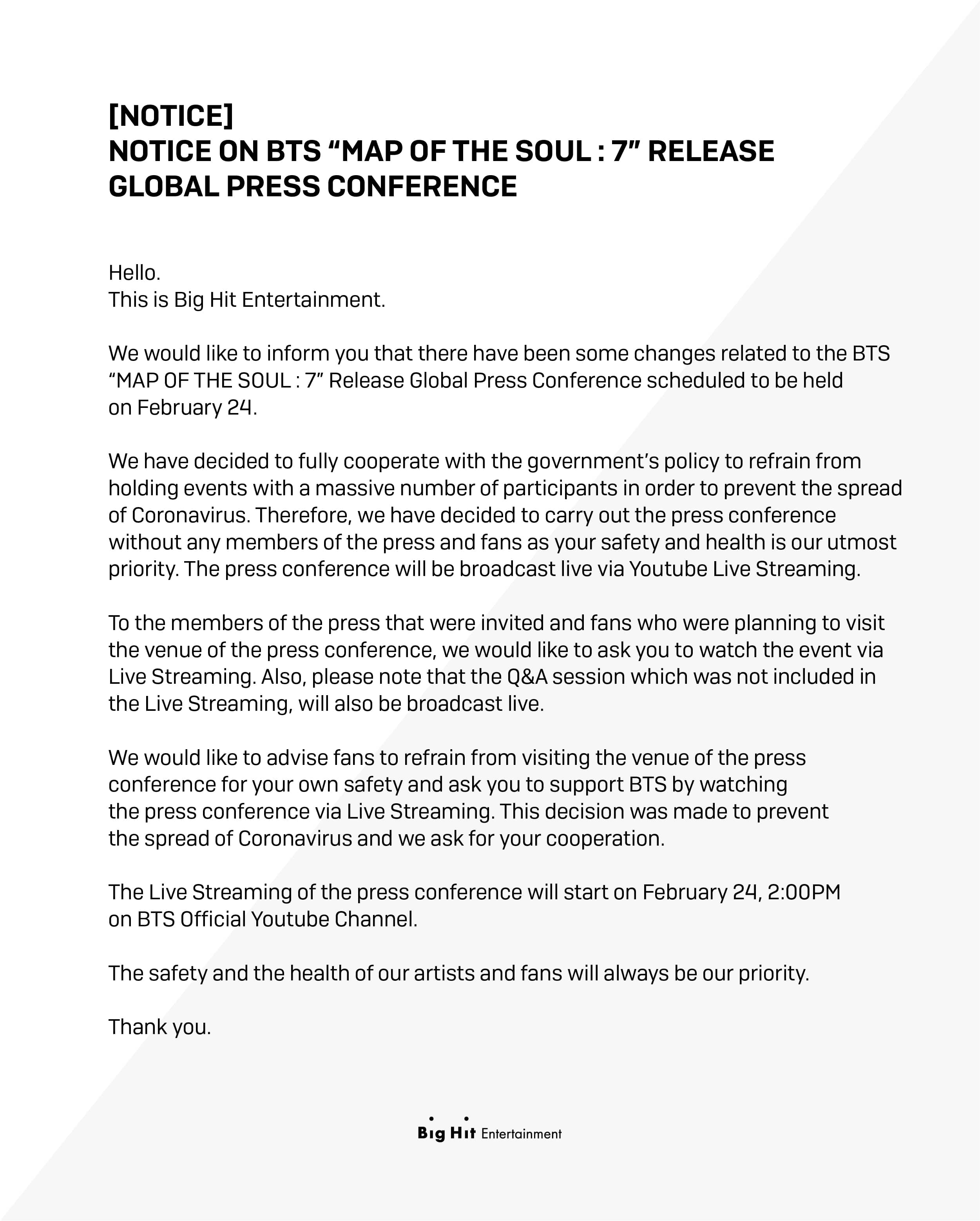 Jang Sung Kyu’s popular YouTube channel “Workman” revealed that they were unable to record new content February 21 due to COVID-19 and will return a week later. The channel uploads a new video every Friday at 6 p.m. KST.

BTS
Time to Hunt
How does this article make you feel?