The February 24 episode of “Running Man” featured guest appearances by Shin Hye Sun and Bae Jong Ok to promote their upcoming film “Innocence.” While introducing what the film was about, they mentioned that it would be releasing March.

It was then that things clicked and HaHa asked, “Wait, are you going up against Song Ji Hyo’s film?” Song Ji Hyo looked shocked as she asked, “When is your film being released?” and Shin Hye Sun was flustered as she responded, “In March.”

Song Ji Hyo and Kim Moo Yeol’s new film “The Trespasser” (working title) is set to premiere in March as well. Realizing this, everyone tried to recover from the situation, with Shin Hye Sun clapping and saying, “They’ll both do well,” and the other “Running Man” cast members joining along and cheering for both films.

Song Ji Hyo then had everyone laughing when she looked directly in the camera and said, “Moo Yeol! Come on the show. Hey, come out here. Geez.” 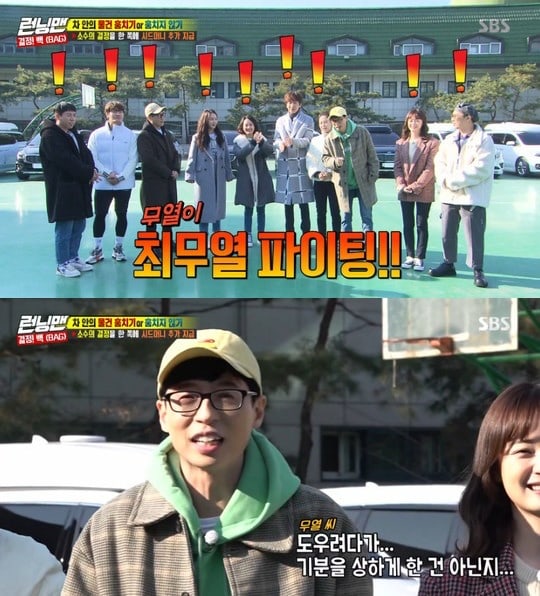 Both “Innocence” and “The Trespasser” are set to be released in March.