Yeon Woo showed his love for BTS once again on “The Return of Superman”!

On the February 23 episode of the KBS reality show, Do Kyung Wan explored Busan together with his kids Yeon Woo and Ha Young.

During Do Kyung Wan’s morning phone call with his wife Jang Yoon Jung, the trot singer recommended that he take their kids to a snack bar that BTS’s Jimin used to frequent back when he lived in Busan (his hometown). She informed him, “There’s a BTS member named Jimin, and there’s a snack bar he used to go to when he was young. People say that it’s a popular eatery.”

When Do Kyung Wan jokingly asked, “Which is more famous, that snack bar or you?” Jang Yoon Jung replied with a laugh, “Let’s not mess with BTS.” 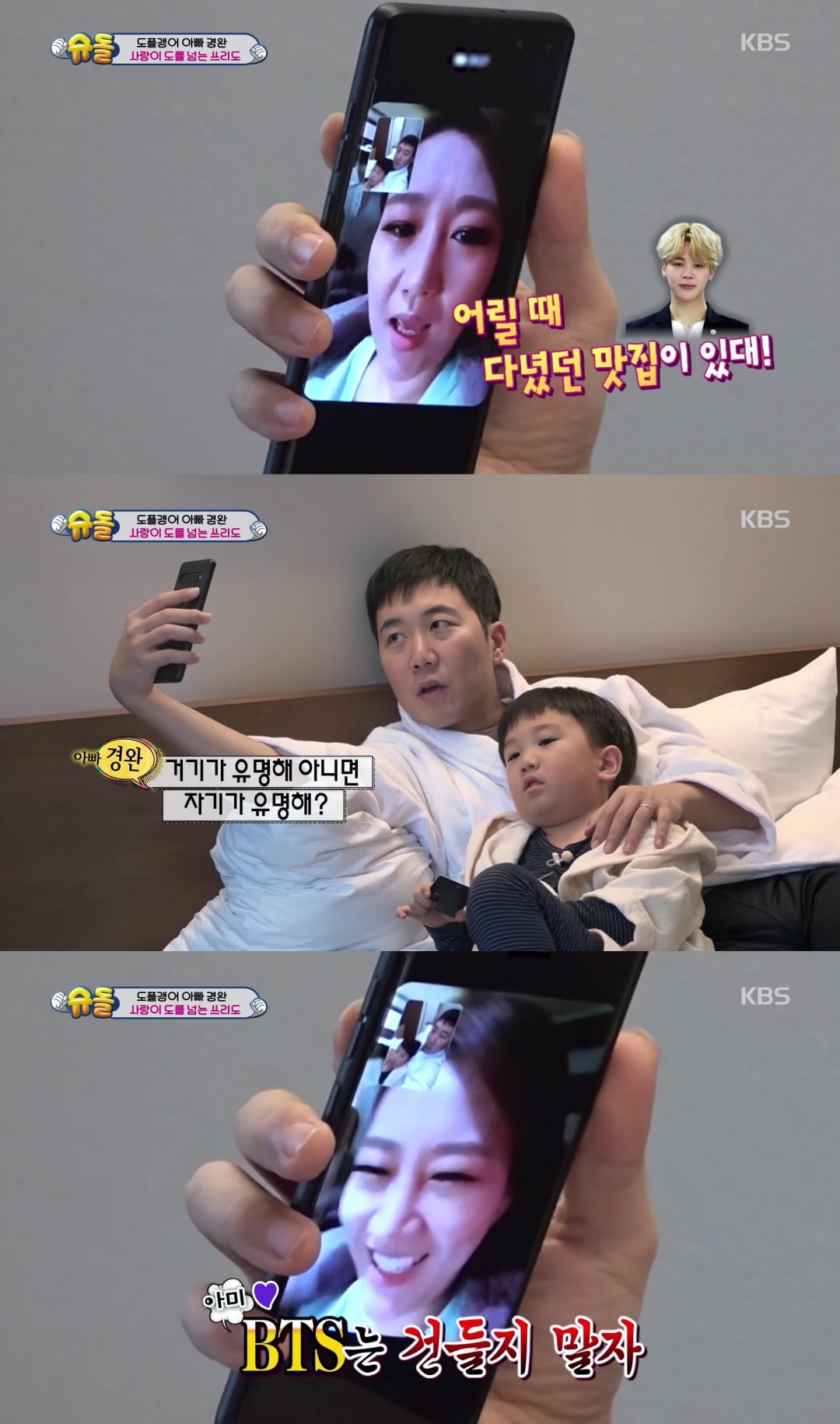 The Do family trio then headed out to the snack bar per Jang Yoon Jung’s recommendation, and they marveled as they watched the chef fry eggs on top of glass noodles to create their signature “egg dumplings.”

While they were sitting down and devouring the dish, Yeon Woo adorably asked, “Dad, can I become like BTS if I eat this?” and Do Kyung Wan answered yes. In an attempt to motivate his son, Do Kyung Wan continued, “Jimin ate this while working towards his dream, and that’s how he became [a member of] BTS. So if you eat this, you can become DTS: Do Trot Sonyeon [Boy].”

Do Kyung Wan then asked his son if he knew who Jimin was, and Yeon Woo immediately answered yes. Rising to his feet, he told his dad, “Watch me closely.” He then covered BTS’s iconic “Fire” dance break in the middle of his restaurant, doing his best to imitate Jimin’s moves and facial expressions.

Check out the clip of Yeon Woo covering BTS at Jimin’s favorite Busan eatery below!

BTS
The Return of Superman
Jang Yoon Jung
Do Kyung Wan
Jimin
Yeon Woo
How does this article make you feel?