To Seo Kang Joon’s delight, Park Min Young returns to her hometown in JTBC’s “I’ll Go to You When the Weather is Nice.”

The drama tells the story of Mok Hae Won (Park Min Young), a woman who gets sick of city life in Seoul, moves back to her small village, and reunites with Im Eun Seob (Seo Kang Joon), a man who owns an independent bookstore there. 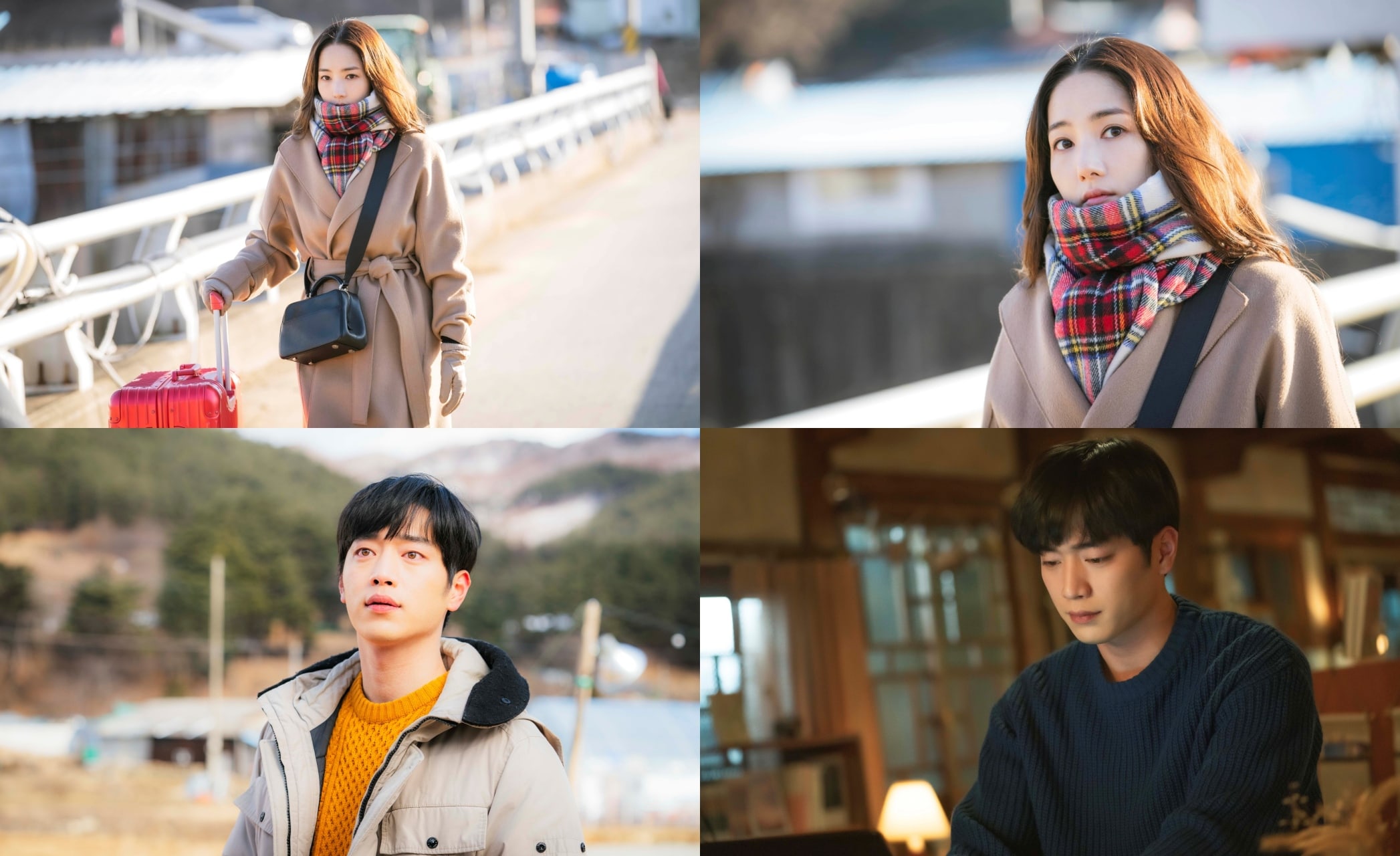 There is a shadow over Mok Hae Won’s face as she makes her way back to her hometown. While the exact reason behind her fatigue has yet to be revealed, her face shows a degree of tiredness from her daily life. The person she encounters first when she returns to Buk Hyeon town is Im Eun Seob. The reason Im Eun Seob likes the winter season is because Mok Hae Won comes down to visit and rest. Im Eun Seob’s daily life consists of helping out at the skating rink at the rice fields by day and spending time at the Goodnight Bookstore by night, but this coming winter feels special. Mok Hae Won has returned with a bigger luggage than usual, and it doesn’t seem like she’ll only be staying for a few days this time.

As shown in the preview of the first episode, Im Eun Seob emotionally says, “She is back,” as Mok Hae Won returns. When Mok Hae Won comments, “I think I’ll stay until spring,” Im Eun Seob becomes determined to make good use of this opportunity and suddenly confesses that Mok Hae Won is the person he used to like.

The drama’s producers shared, “Mok Hae Won, the woman of winter that Im Eun Seob has been waiting for, returns to Buk Hyeon town. Unlike the previous winters when she only stayed for a short time, Mok Hae Won has stated that she’ll stay until spring comes.” The producing staff asked potential viewers to tune in to the broadcast on February 24 to find out the reason behind her words and the special things that will happen this winter.