On the February 24 episode of MBC’s “Sister’s Salon,” Yubin underwent a successful makeover. She explained her transformation saying, “Since I’ve started my own agency, I want to keep up my image as CEO. Please recommend an independent CEO look.”

Yubin continued to discuss how she came to start her own agency. She shared, “I ended [my contract] after 13 years. I had a lot of concerns when it came time to renew. I debated between ‘Do I continue like this or do I try something new?’ I established [my agency] thinking I could be of help to those who have the same dream I did.” She also revealed Park Jin Young’s reaction, saying, “He said I had courage. He mentioned that not a lot of JYP artists have established their own agencies. He gave me lots of support.”

With regards to her friendship with fellow veteran idol Sandara Park, Yubin commented, “She asked me first to get a meal together. Although we haven’t met on our own many times, we connected very quickly. When I was first considering starting my own agency, I brought it up with her. She said that she thought it was a good decision. She told me, ‘I hope you do well. Since it’s you, you’ll do well,’ which gave me lots of strength.”

Sandara Park also shared, “She is a colleague I share many similarities with. All [2nd generation girl group members] are in the same situation. Most of our groups are disbanded, and we have a lot of fear and are not receiving as much love on our own as before. We’ve even thought about creating a gathering for 2nd generation girl groups.” 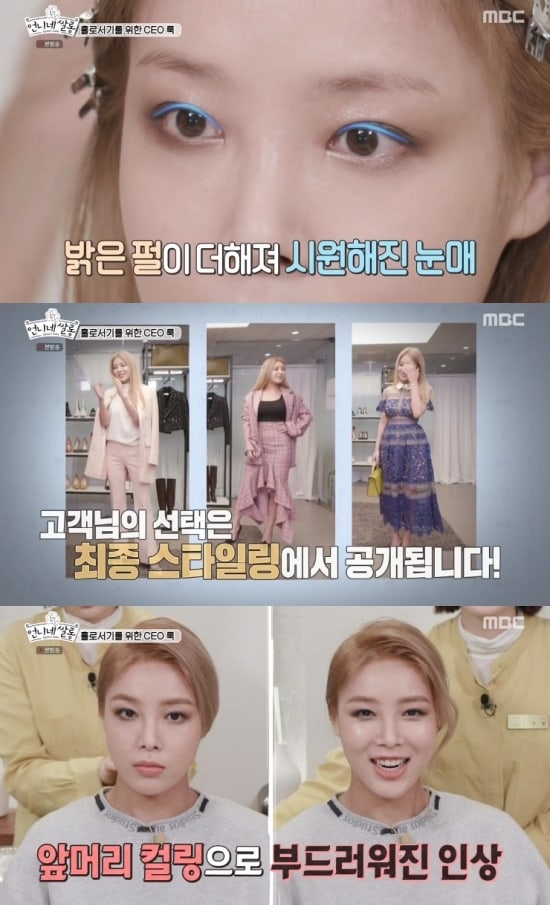 YouTuber and makeup artist Risabae gave Yubin a glowing yet edgy look emphasized with blue eyeliner, while hair stylist Cha Hong enhanced a mature look with a sleek hairstyle. Lastly, Han Hye Yeon picked out three outfits for a CEO look and was deemed employee of the day by Yubin. Yubin commented on her transformation saying, “I think this is the first time I’ve seen myself like this. I am completely satisfied.”

Watch the most recent episode of “Sister’s Salon” below!

Sandara Park
Yubin
Sister's Salon
How does this article make you feel?