In an interview with Sports DongA, actor Kim Jung Hyun talked about tvN’s “Crash Landing on You” and what the drama means to him.

He described the drama as a “turning point,” and said thanks to the drama, he was able to get past a 17-month period where he was physically and mentally unwell and unable to love himself.

The actor spoke about the controversy in 2018 when he was criticized for his behavior at the press conference for MBC’s “Time.” He later left the drama early due to an eating disorder.

Kim Jung Hyun said, “It was a time when I had been berating myself as both a person and an actor. I was having a really hard time then, to the point where I thought, ‘Why am I living?’ Every moment was like I was standing at the edge of a cliff. One day, I suddenly realized that I was being too hard on myself. I felt that because I wasn’t able to live well at the moment, I would continue to feel like I was at the edge of a cliff in the future. Once I realized that, I tried to focus on the present and the people around me.” 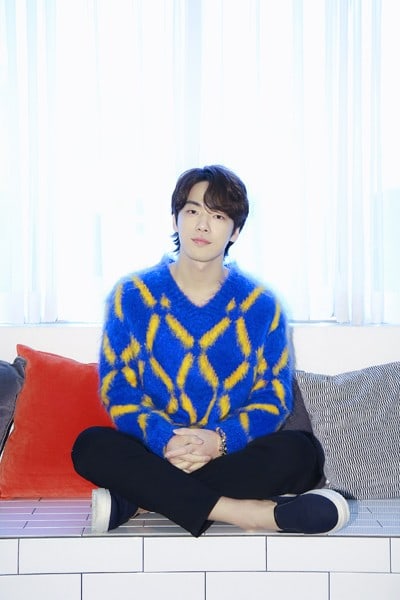 The actor said “Crash Landing on You” was a drama that helped him find hope. “What I’m most thankful for is that I learned that I’m someone who can be loved as well. I regained a lot of self esteem. PD Lee Jung Hyo just said to me, ‘Let’s have fun,’ and that gave me a lot of strength. I’ve never been contacted so much from friends’ parents asking me to come over for dinner.”

The actor’s goal this year is to study English. He said, “One day, I will be able to relay the energy that I feel when watching movies to people from countries all around the world.”

“I want to improve my English beyond just conversational skills to being able to act in English.” Laughing, he added, “Actor Park Myung Hoon, who appeared in ‘Parasite,’ told me to prepare in advance.”