Park Min Young and Seo Kang Joon are going to be co-workers in the upcoming episode of “I’ll Go to You When the Weather Is Nice.”

The JTBC series is about a woman named Mok Hae Won (Park Min Young) who returns to her small countryside village after getting sick of city life and reunites with Im Eun Seob (Seo Kang Joon), the owner of an independent bookstore.

In the new stills, Mok Hae Won enjoys her time at Goodnight Bookstore. She can be seen carefully choosing books and reading them. 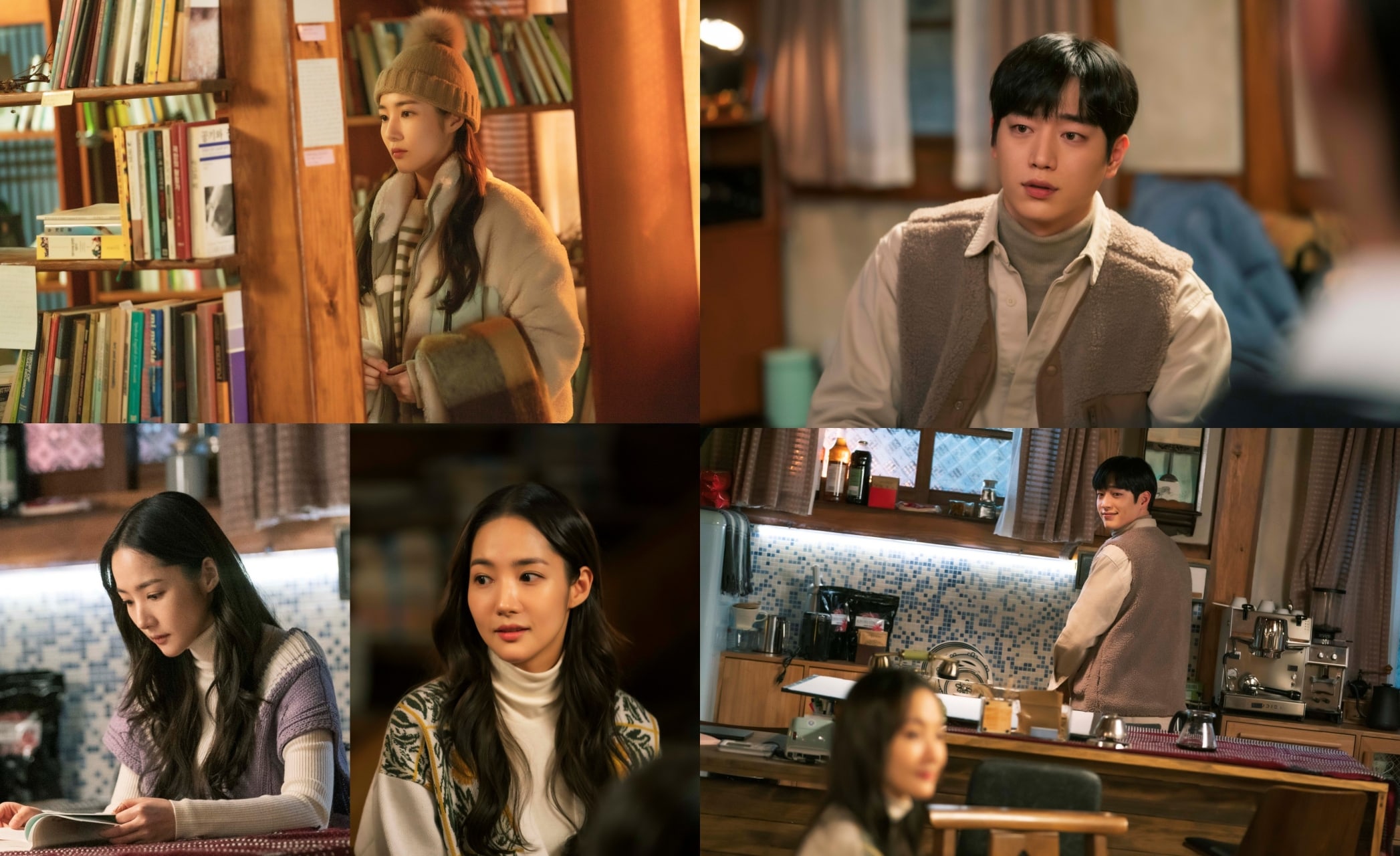 Despite being close neighbors and high school classmates, Mok Hae Won and Im Eun Seob were never really close to each other, but from this point on, they start spending a lot of time together. The reason, which was unveiled in the preview that aired after the first episode, is because she started her part-time job at his bookstore.

Every year, Im Eun Seob waited for Mok Hae Won to come down to Buk Hyeon town, but never in his wildest dreams did he think he’d be able to spend time with her in his own space, the bookstore. In the photos, his eyes are filled with wonder and depth as he gazes at Mok Hae Won with a warm smile on his face.

“I’ll Go to You When the Weather Is Nice” premiered on February 24 with modest viewership ratings. The second episode will air on February 25 at 9:30 p.m. KST.

The first episode will be available on Viki soon! In the meantime, watch the trailer here: