Yang Se Jong had a delightful time on the set of “Dr. Romantic 2.”

On February 25, his agency Good People Entertainment released a behind-the-scenes video and photos from the actor’s return to Dol Dam Hospital. Yang Se Jong previously starred in “Dr. Romantic” as his debut drama in 2016, and he returned in the sequel with a special appearance.

In the photos, Yang Se Jong enjoys a chat with former “Dr. Romantic” co-star Han Suk Kyu during their break. They previously appeared as teacher and student in the 2016 series and look to be engaged in thoughtful discourse. He also reunited with Ahn Hyo Seop, who appeared as his onscreen nephew in “30 But 17.“

Yang Se Jong spent a week filming his special appearance in the drama. During his time on set, he frequently expressed gratitude and joy about seeing the staff again. The February 24 episode achieved a personal best in the drama’s ratings thus far with nationwide averages of 19.4 percent and 23.7 percent, and a peak of 25.7 percent. 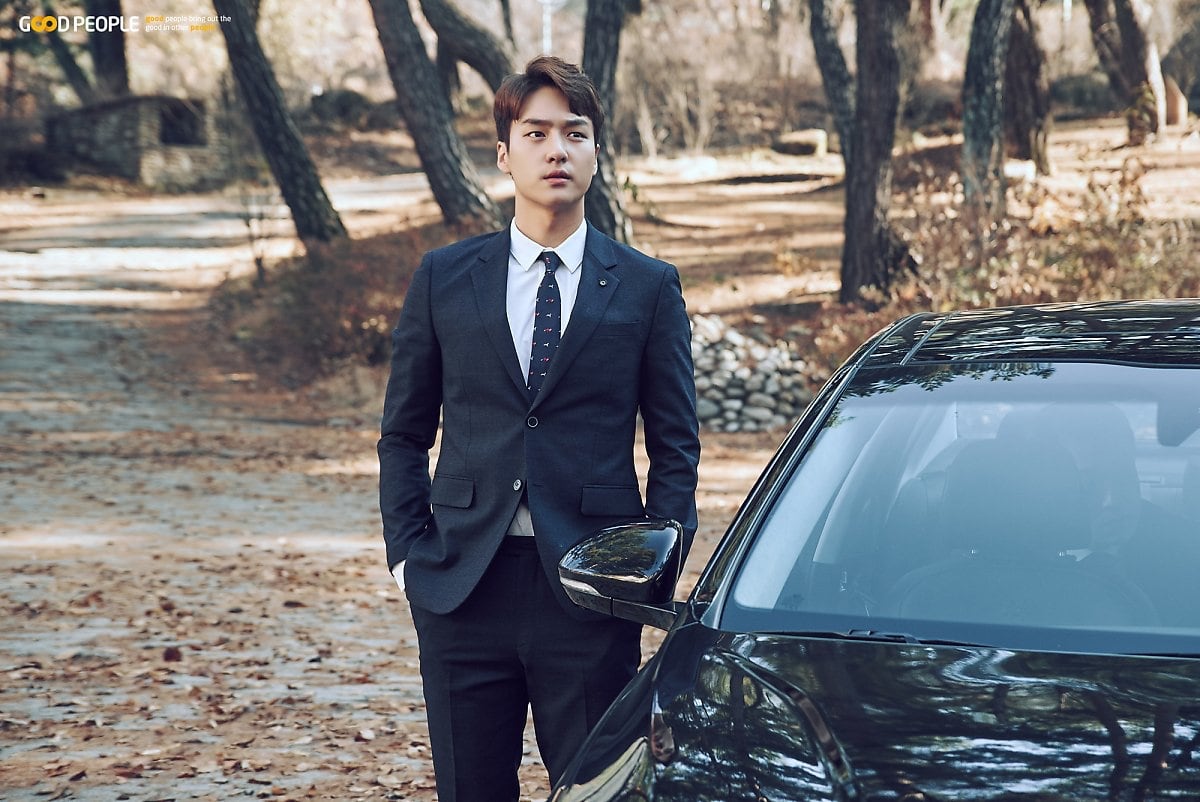 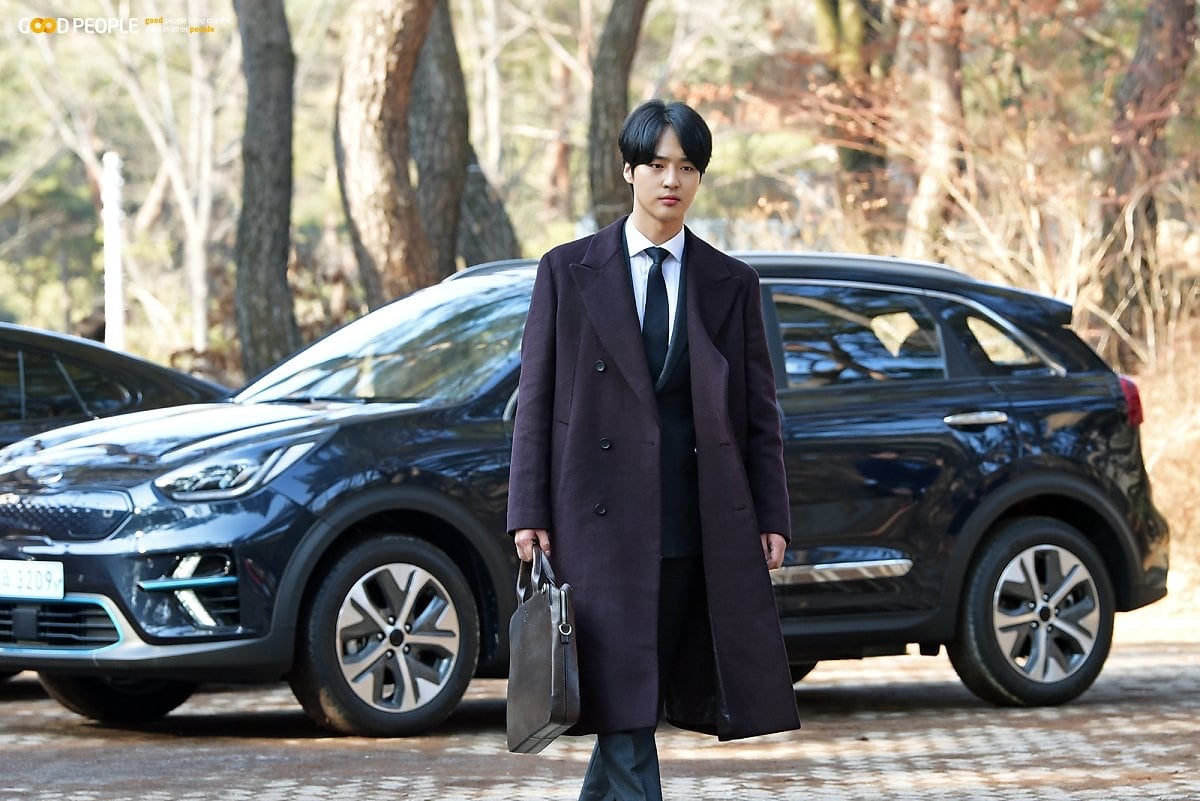 He then reunited with Ahn Hyo Seop, who came to say hello even though he wasn’t filming. Reuniting for the first time in a year, the two actors held hands while catching up. Yang Se Jong asked if he ate, and Ahn Hyo Seop answered yes. Yang Se Jong added, “All of the [staff] here are good people,” and they smiled as they continued their conversation. 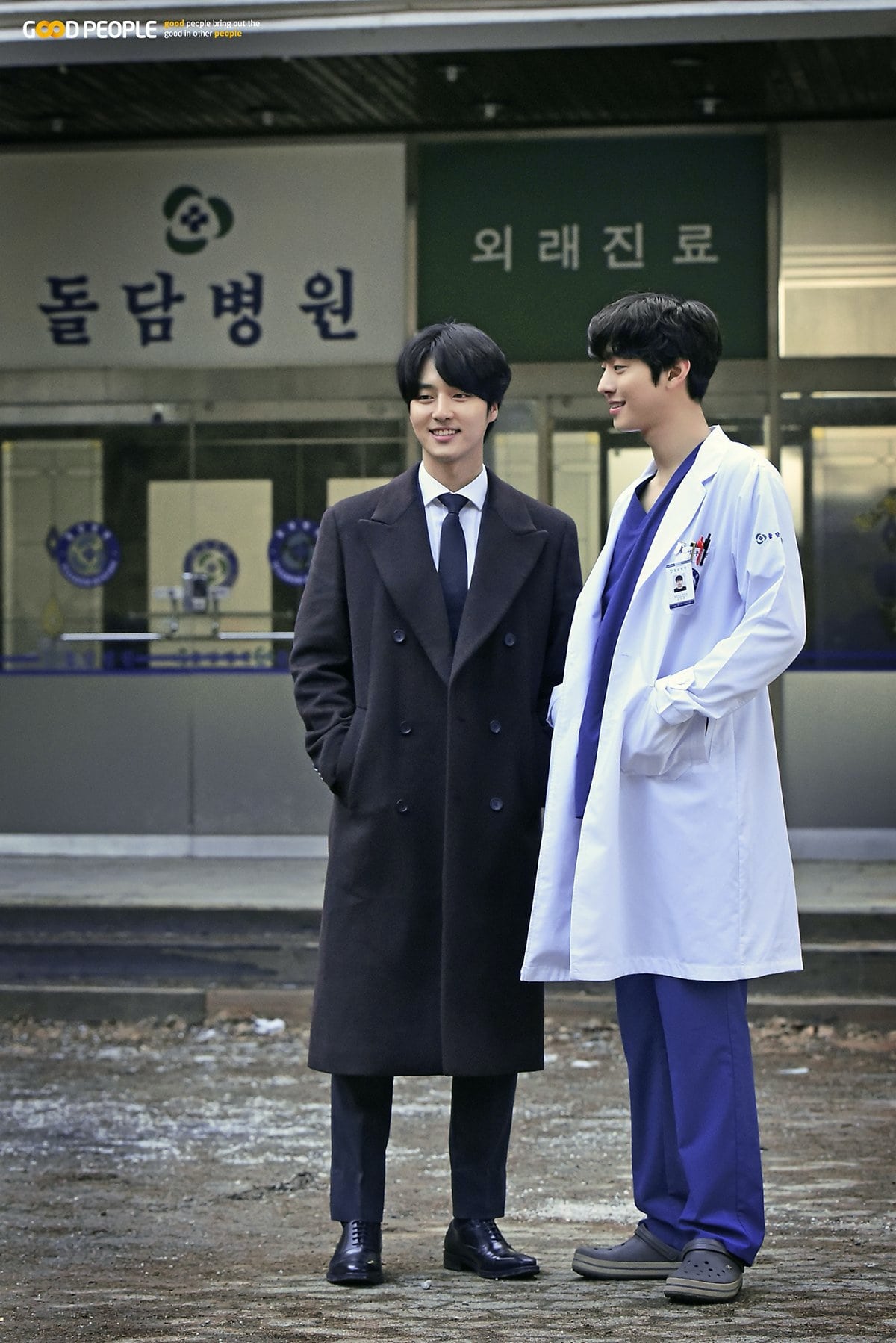 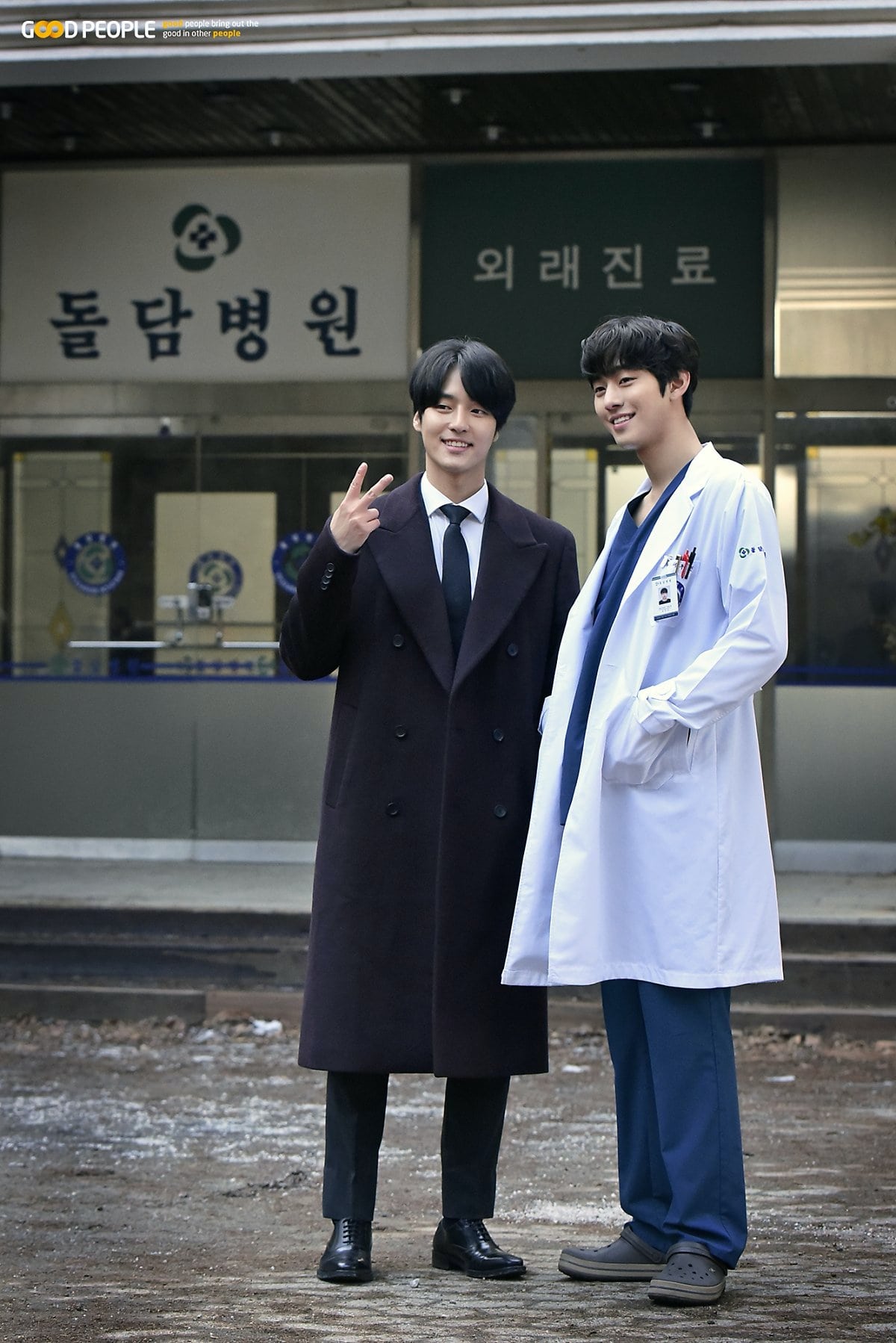 Yang Se Jong constantly rehearsed before filming began. He earned the director’s praise for his handsome looks, then jokingly burst into tears after making a mistake with his lines. After a couple of tries, the actor nailed his lines before holding the director’s hand to celebrate the end of the scene. Yang Se Jong smiled brightly when he ran into Yoon Na Moo and hugged his former co-star while adding, “You’re the best.”

Yang Se Jong wrapped up filming his special appearance and was met with applause and flowers from the staff. The director patted him on the back, and the actor wished everyone good health. He and Ahn Hyo Seop said goodbye with a warm hug. Ahn Hyo Seop added, “Thank you. See you later. I’ll call you.” 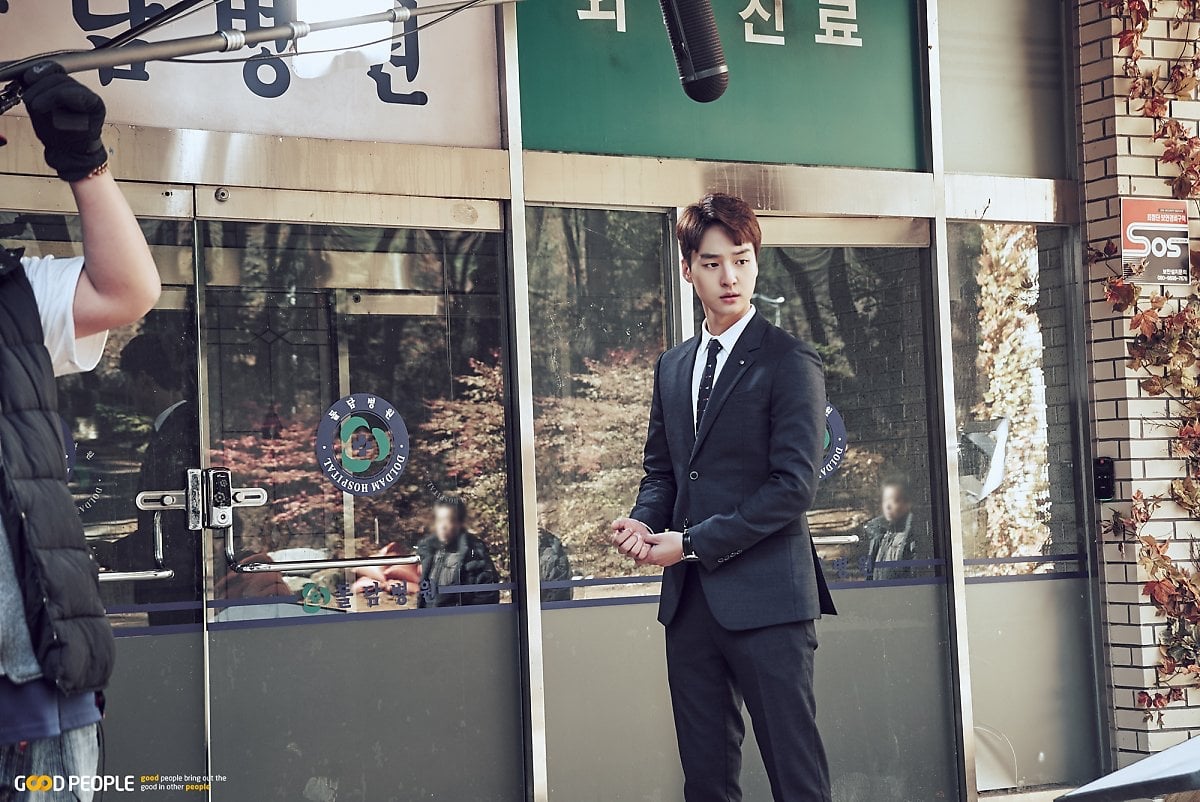 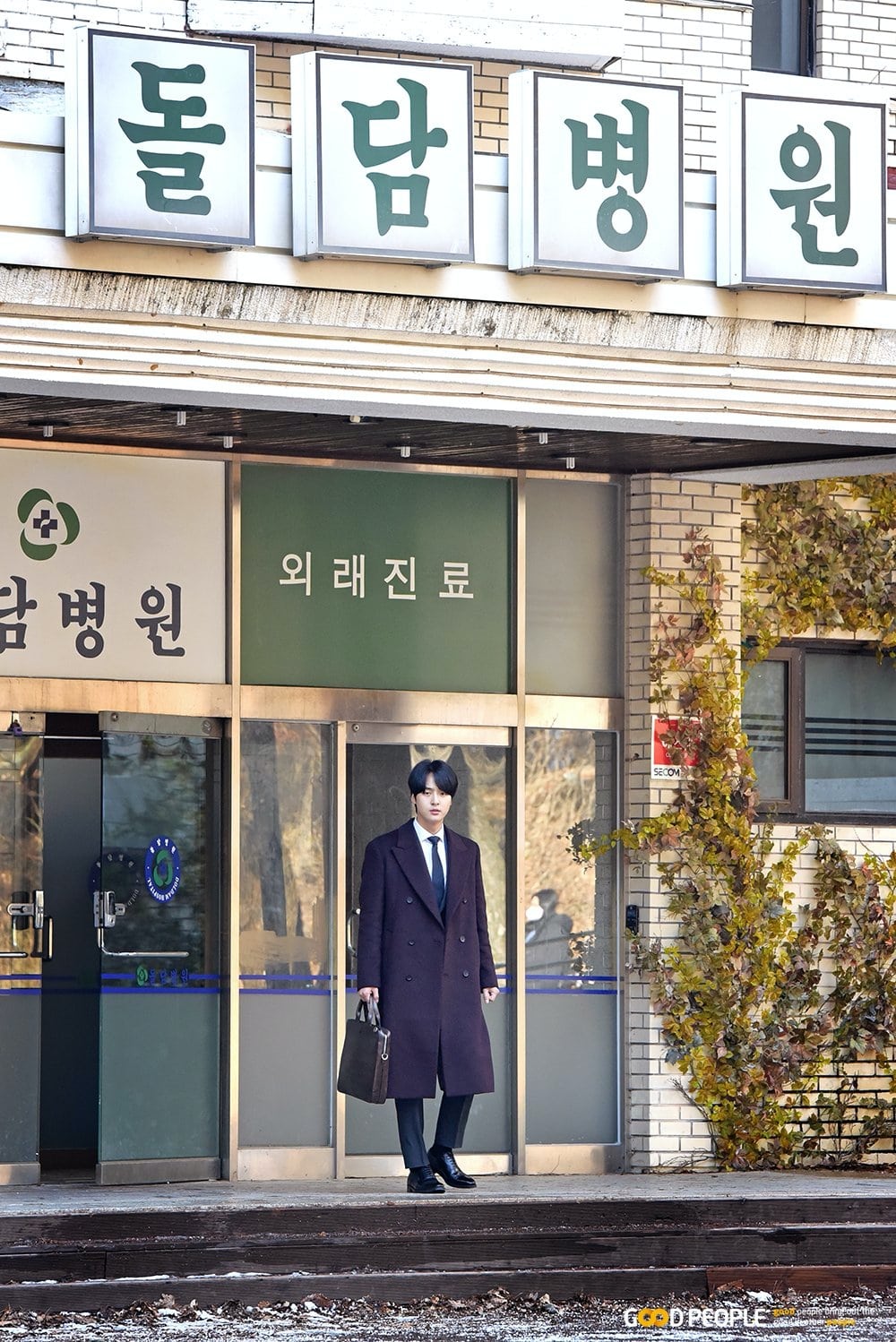 Yang Se Jong then sat down to send a video message to fans. “Hello everyone,” he began. “Is everyone doing well? I’m currently filming a special appearance for ‘Dr. Romantic 2.’ Do In Bum is a very meaningful character for me, and I heard that my fans really like In Bum, so I’m excitedly filming. Please watch Do In Bum and ‘Dr. Romantic 2’ until the end. Also, I saw the subway ad. Thank you so much. Let’s stay together for a long time. Be healthy and be happy!”

The final episode of “Dr. Romantic 2” aired on February 25 at 9:40 p.m. KST. Check out the behind-the-scenes video below: