The actress stars alongside Kim Moo Yeol in this mystery thriller film about what happens when a woman named Yoojin (Song Ji Hyo) returns home after going missing 25 years ago. As their family gradually begins to change after her return, her older brother Seojin (Kim Moo Yeol) grows suspicious and seeks to uncover his sister’s secret, which leads him to a shocking truth.

In new photos released on February 25, Song Ji Hyo’s character is shown smiling bright soon after her return home. However, other stills show her with a completely different look, making fans curious about the story’s plot and her character’s secret. 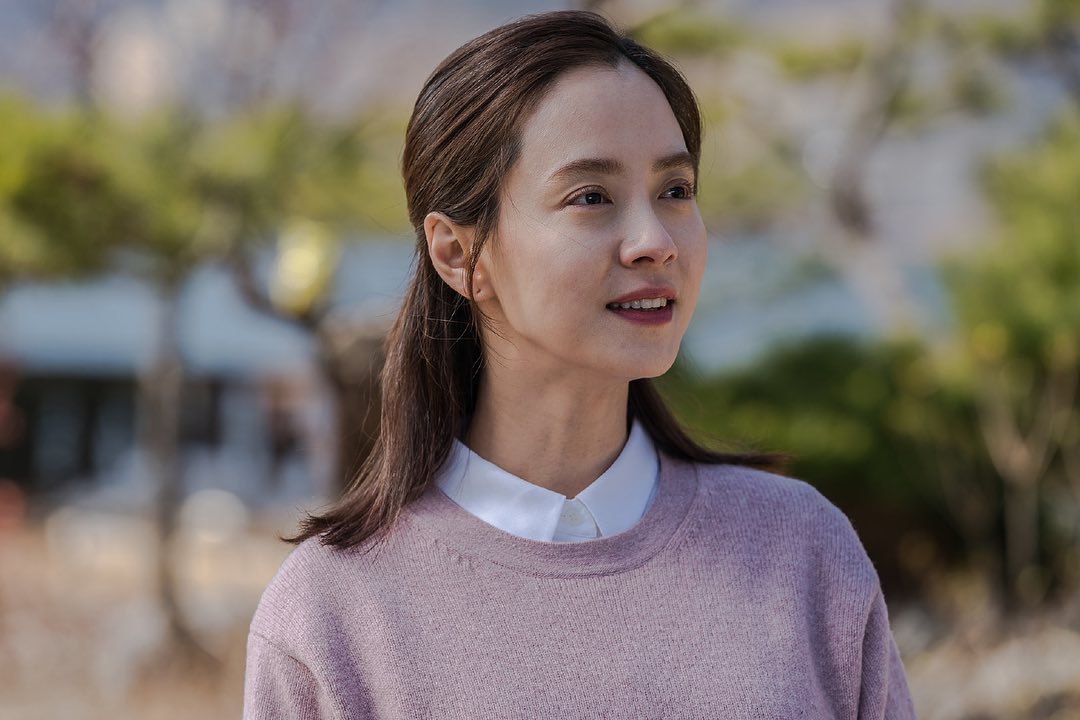 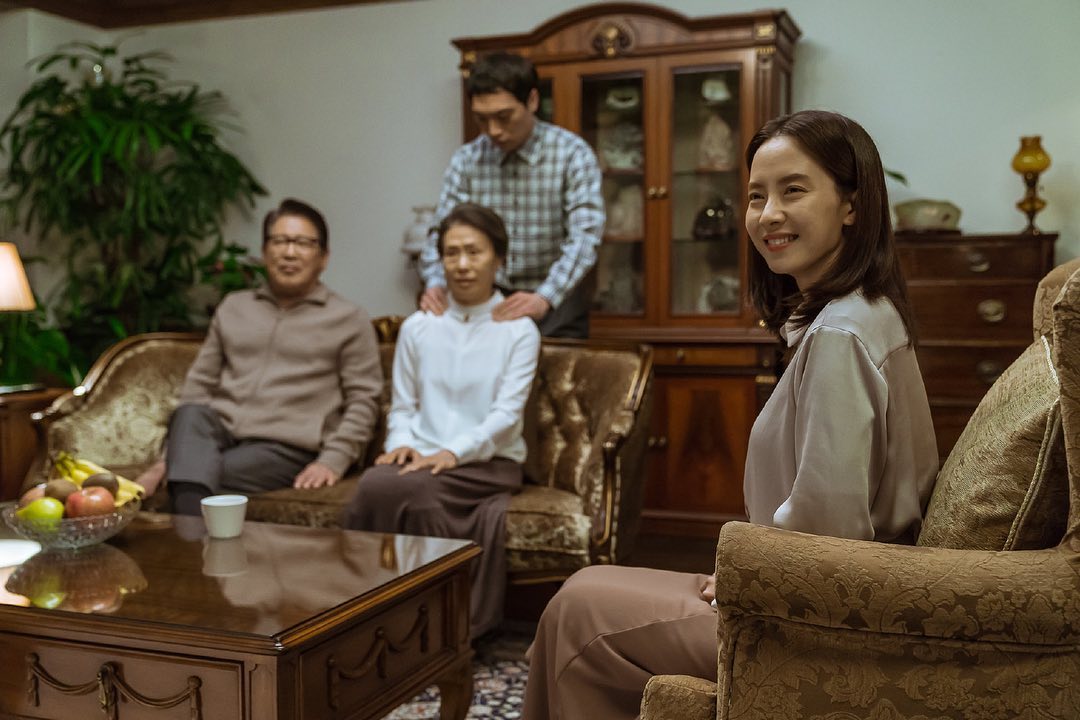 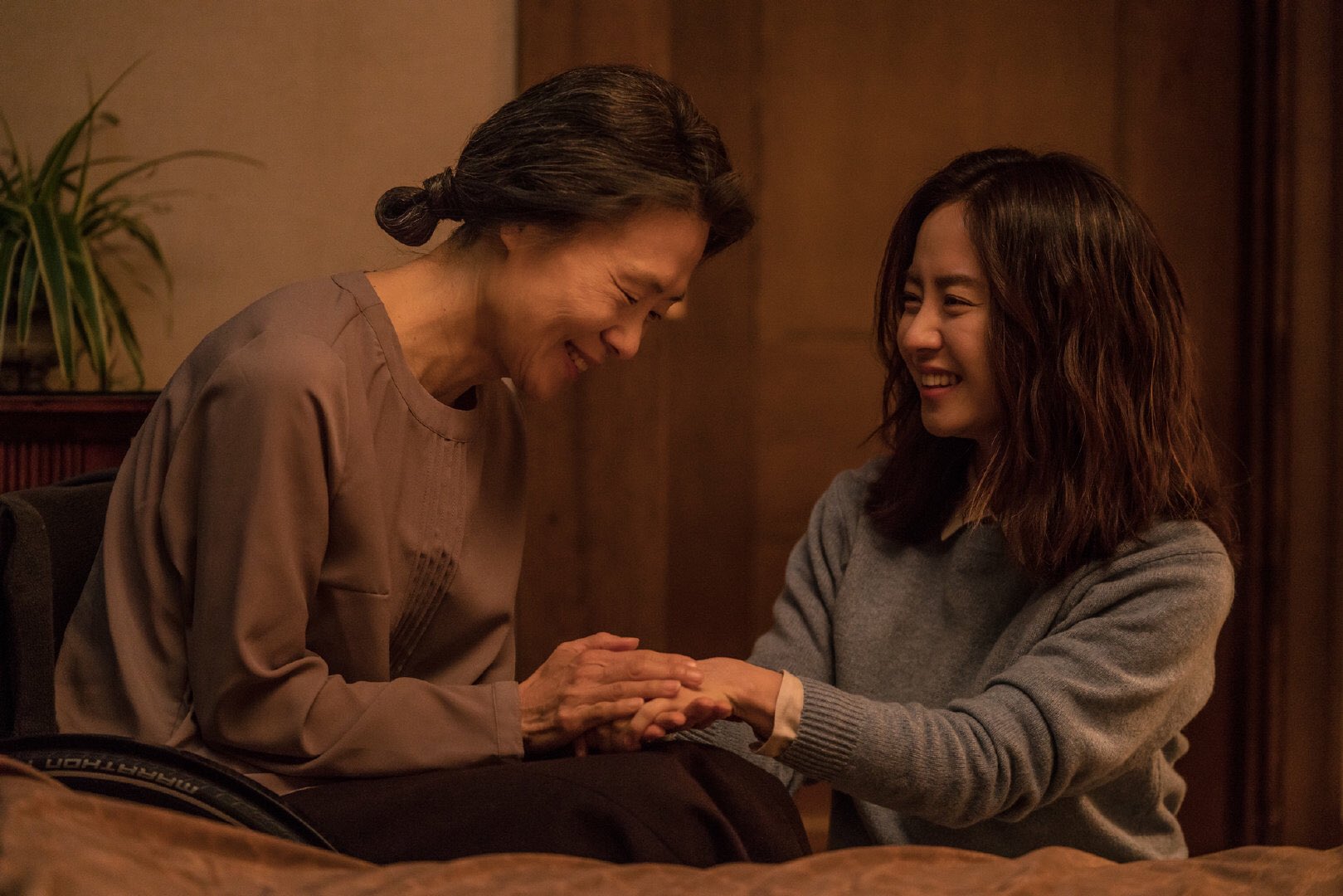 While she appears to be fitting right back in with her family in some shots, as time goes on her smile disappears and she gets an intense, piercing look in her eyes. 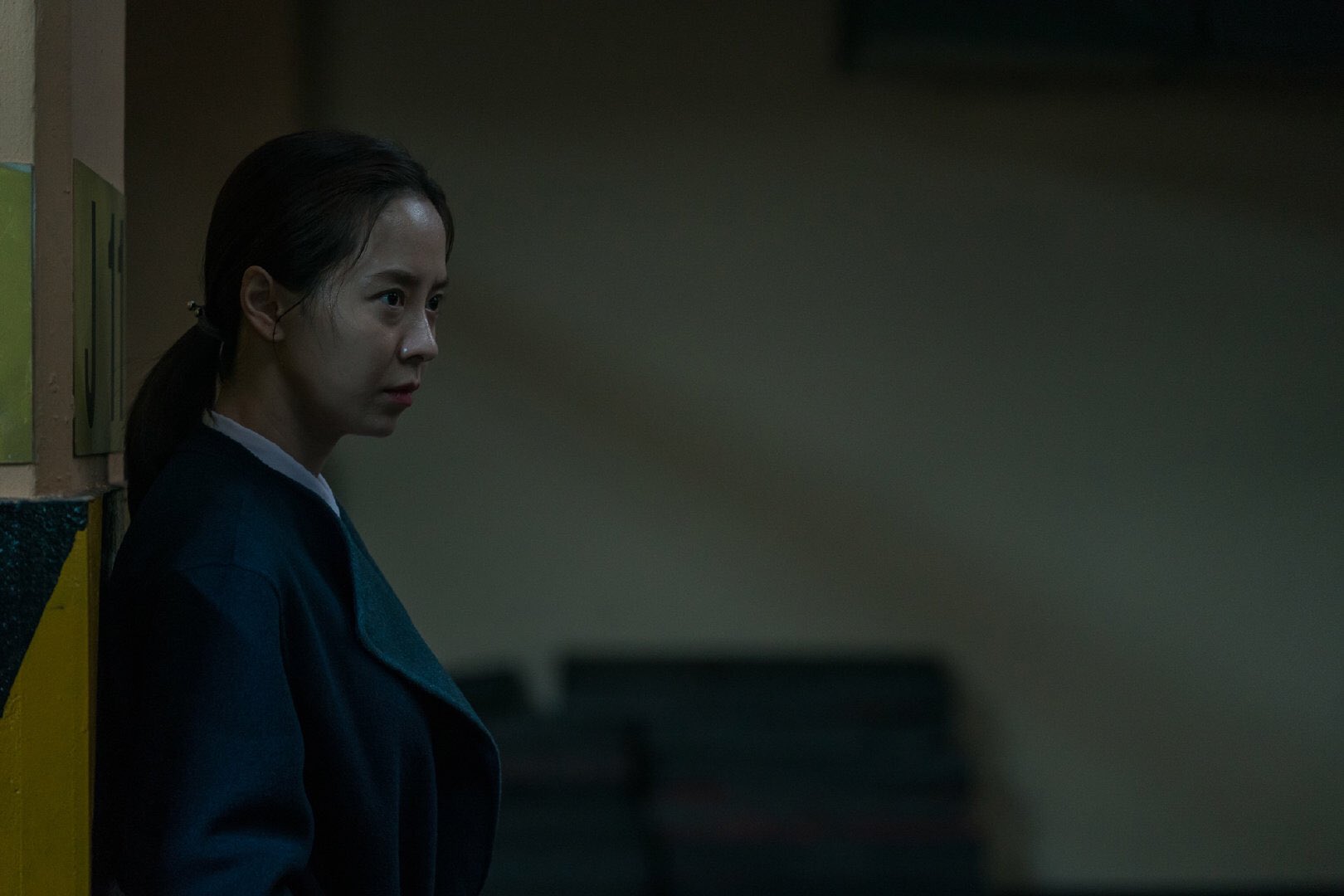 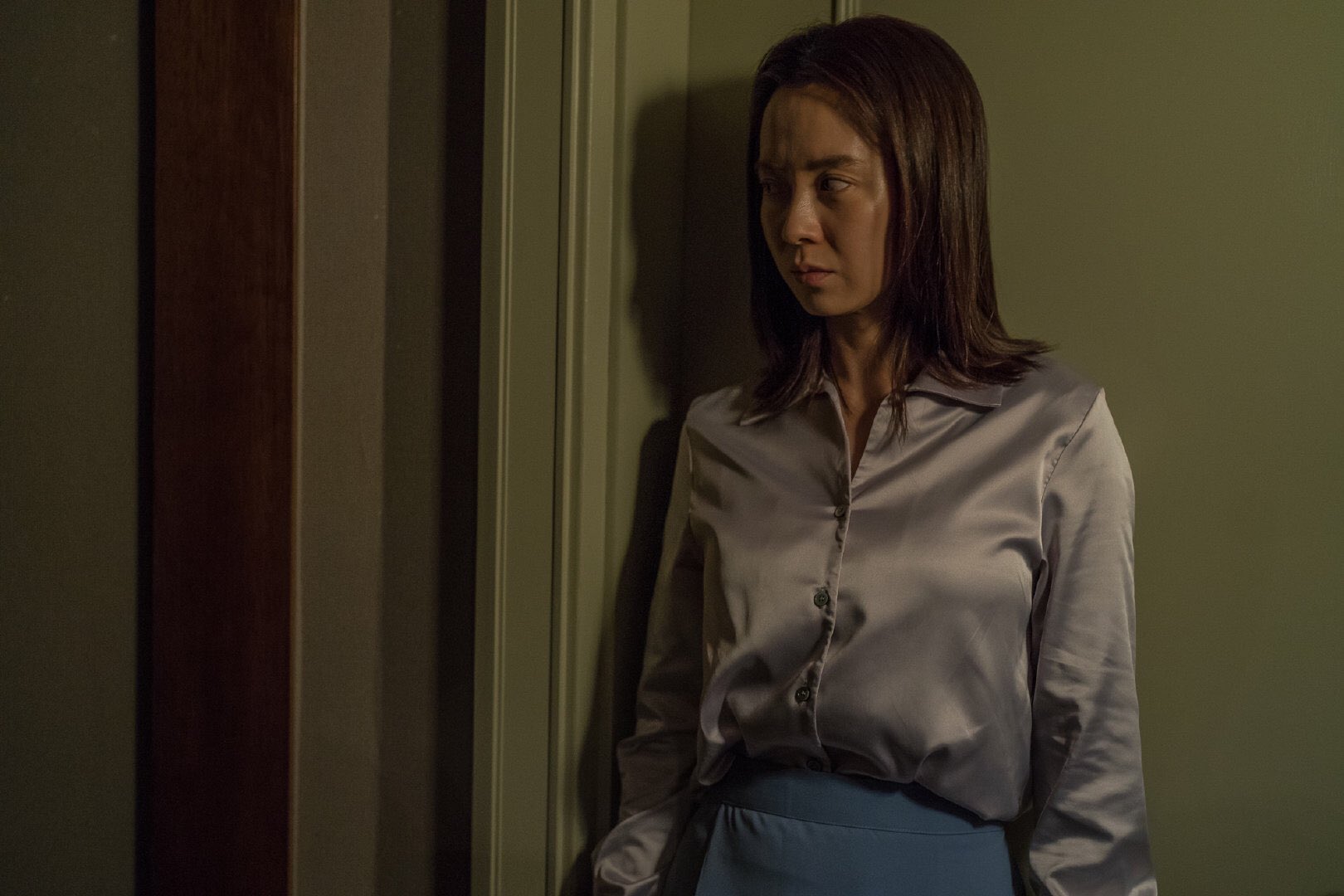 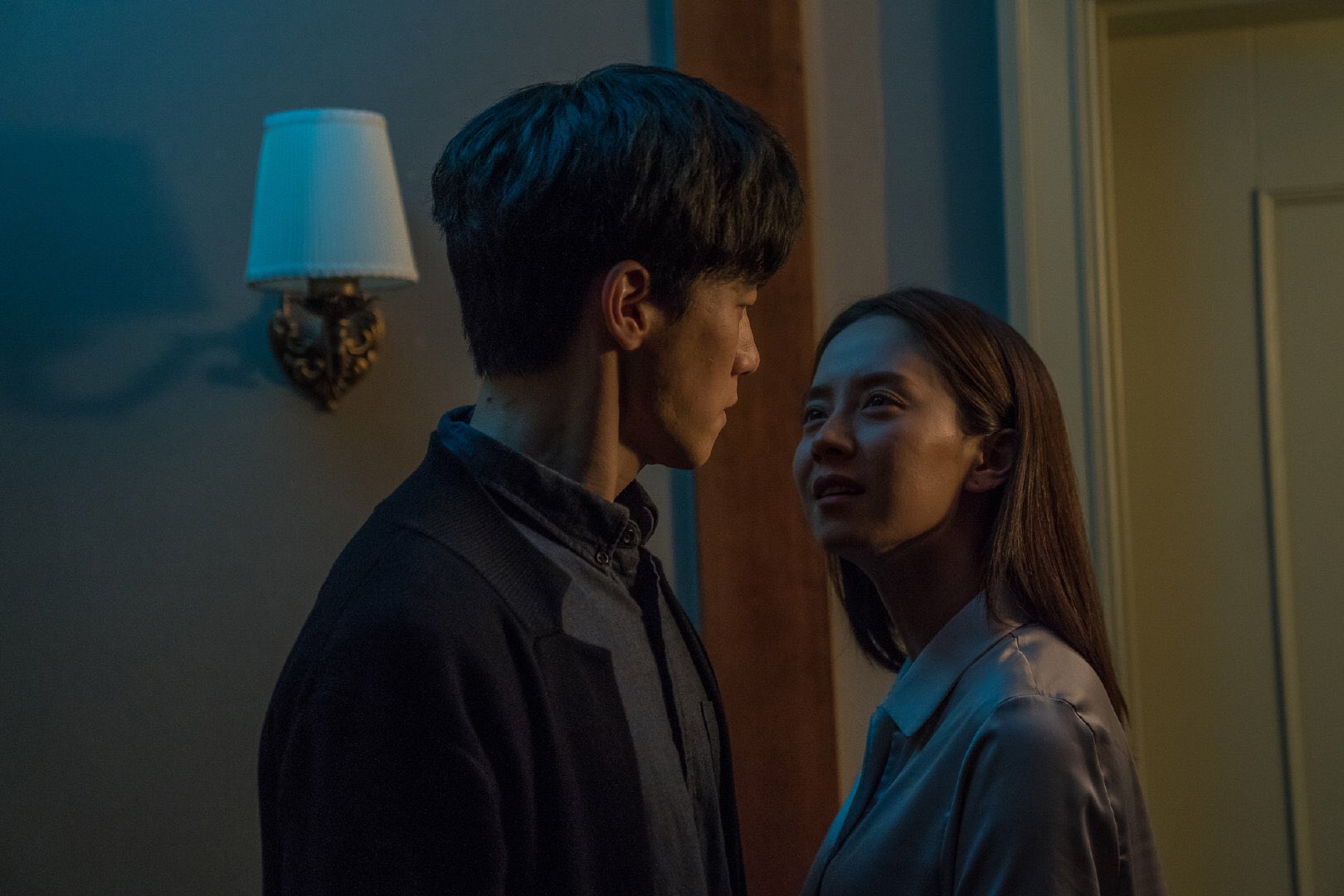 Song Ji Hyo praised the hard work of the staff when it comes to her transformation. She said, “Yoojin loses her naturalness bit by bit and transforms into someone who seems artificial yet sharp. This process is shown a lot in her clothing, hair, and makeup.”

“Intruder” is planned to hit theaters in Korea on March 12.