The fantasy and supernatural genres are commonly seen in costume dramas, but they have also steadily made wonderful impacts on modern C-dramas and TW-dramas to offer new takes and fresh plotlines! Here are some series with fantasy or supernatural elements to add to your watchlist.

Warning: mild spoilers down below.

“Some Day or One Day” 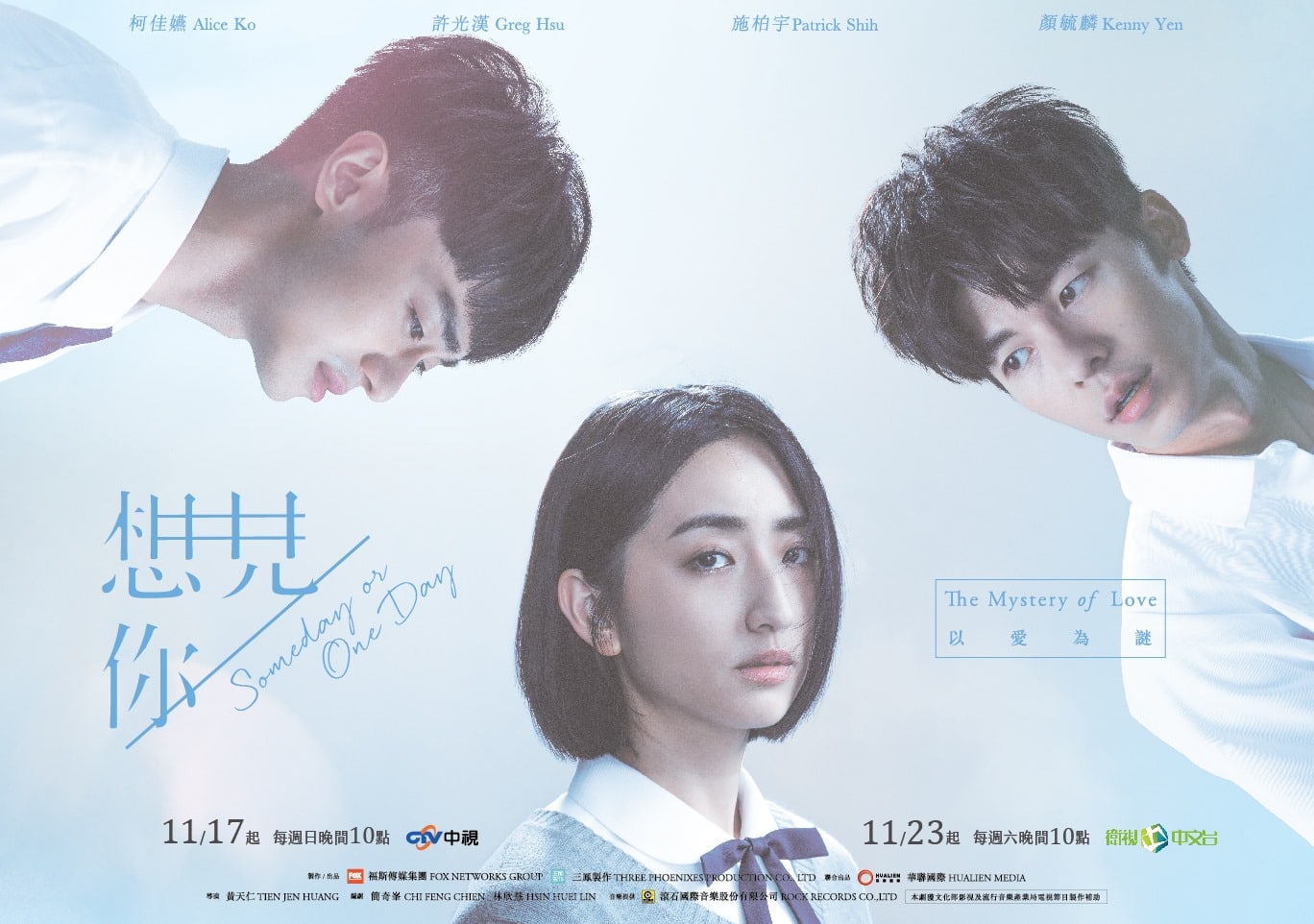 This Taiwanese drama recently ended its run to great reviews and praise. “Some Day or One Day” follows two timelines. One is set in 2019 following Huang Yu Xuan (Alice Ke) as she still grieves over the loss of the love of her life Wang Quan Sheng (Greg Han), and the other is in 1998 following the trio of students Chen Yun Ru, Li Zi Wei, and Mo Jun Jie (Patrick Shih). One day, Huang Yu Xuan receives a Walkman and a cassette of Wu Bai’s “Last Dance” which transports her into the body of Chen Yun Ru who looks nearly identical to her. From there, these two timelines get intertwined even more and the plot unravels into a mystery, thriller, and fantasy romance drama.

I was so worried that this drama would get in over its head and become a convoluted mess, but the drama from start to finish is tight in its writing, has masterful editing that plays well with the suspense and twists, and has stellar acting that complements the great script.

Because this drama deals with the idea that somewhere in the universe there is someone who looks like you, the actors are present in both timelines playing different people. Initially, the leads felt miscast as they seemed too old to play high school kids for the 1998 timeline; however, I was gladly proven wrong. Alice Ke does an exceptional job of seamlessly switching from Huang Yu Xuan and Chen Yun Ru and differentiating their demeanors. Greg Han was also a fantastic choice to play the ideal boyfriend Wang Quan Sheng and charming Li Zi Wei. Patrick Shih was the only familiar face since I had seen him in “HIStory 2,” and he does such a beautiful job of portraying the sweet Mo Jun Jie.

“Some Day or One Day” is an absolute must-watch! You’ll feel so many emotions watching this show whether it be confusion, shock, sadness, heart-fluttering moments, touching moments of friendship or family, and much more. There’s something really amazing about this drama when it addresses the feelings of being unnoticed, unloved, and the feelings of loss and love too. For a show with an epic romance and amazingly written characters, check this one out!

Catch the first episode of “Some Day or One Day”: 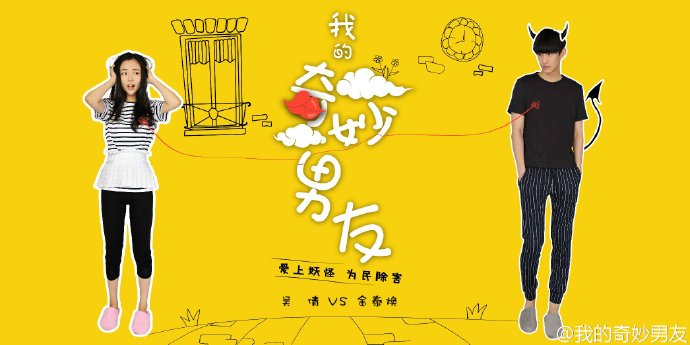 Tian Jing Zhi (Wu Qian), an actress with terrible luck, gets into a car accident that ends up awakening an immortal’s dormant body. Because she inadvertently saves the immortal Xue Ling Qiao’s (Kim Tae Hwan) life, he saves hers in return and promises to protect her. However, there are many people who want to find the missing body including Jing Zhi’s ex-boyfriends!

While the premise sounds a bit wacky, it’s a fun supernatural drama. The writer does a great job of making Jing Zhi a lovable celebrity. She has no filter, is surprisingly stingy and money-hungry at times, and is easy-going despite all the abnormal things happening around her. There’s also a really great friendship between her and Xuan Xuan (Shen Meng Chen), her actress friend.

Her relationship with her exes remains one of the most entertaining aspects of the drama too. They don’t always get along with each other, but they’re on fairly good terms, which is a refreshing thing to see in a show. The romance is a hilarious mix of misunderstandings and cute scenes that definitely make this series an enjoyable watch.

Catch the first episode of “My Amazing Boyfriend”:

“My Girlfriend is an Alien” 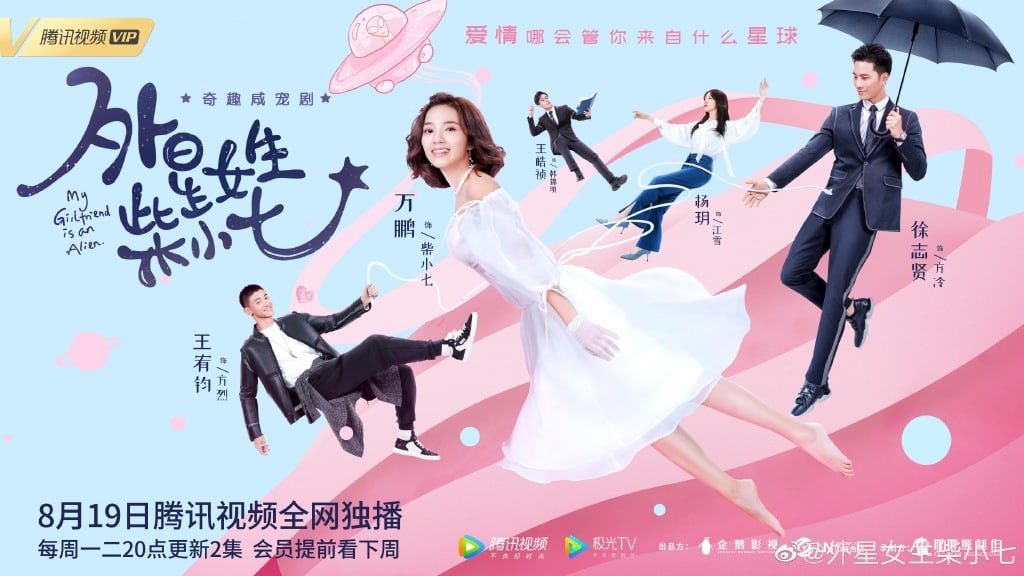 Xiao Qi (Wan Peng) is an alien who sees Fang Leng (Bie Thassapak Hsu) in danger and decides to save him, only this causes her to lose the device that allows her to communicate with her home planet and return. Now that she cannot go back, she stays on Earth in search of the device, all while finding it hard to stay away from eating Fang Leng, whose hormones are really appetizing to her. Meanwhile, Fang Leng is struggling to remember the faces of people following a traumatic experience of his. Will these two be able to solve their dilemmas together?

Although she is quite perverted and touchy around Fang Leng, Xiao Qi is so cute. Her quirkiness is so endearing, and the relationship between her and Fang Leng is just as adorable. The show is a tad bit longer than I would have liked, but the couple moments between our leads were really enjoyable to watch. There’s also a wonderful second male lead who makes it so easy to root for him in this story.

This drama deals with a love story across centuries. He Lan Jing Ting (Johnny Huang) is the son of a human and a fox, which caused him to be weak at birth and unable to see. He ends up engaged to Hui Yan and they fall in love, only their story ends in her unfortunate death. Over the course of hundreds of years, he searches for her reincarnation again and is able to successfully reunite, though the romance remains short-lived. However, Jing Ting runs into a new problem. Hui Yan’s current reincarnation Guan Pi Pi (Victoria Song) unexpectedly is with someone else and has no interest in Jing Ting. He does his utmost to chase her and ultimately end their tragic and short-lived romance.

It’s pretty solid for the first 2/3 of the show. The last third falters with some questionable script-writing decisions, but there are definitely more positives than negatives. I loved the little narration moments in the drama that usually happen at the end of each episode because they provide insight into why our characters feel or act the way they do or reveal perhaps a bitter truth or realization from their life experiences. It’s a good way to also connect everyone’s stories and illustrate the parallels over what agonizes our protagonists. There’s also endearing relationships between the fox clan people and even Pi Pi’s best friend Xiao Ju’s (Liu Yong Xi) unexpected but ambiguous relationship with the two foxes by Jing Ting’s side.

Catch the first episode of “The Love Knot: His Excellency’s First Love”: 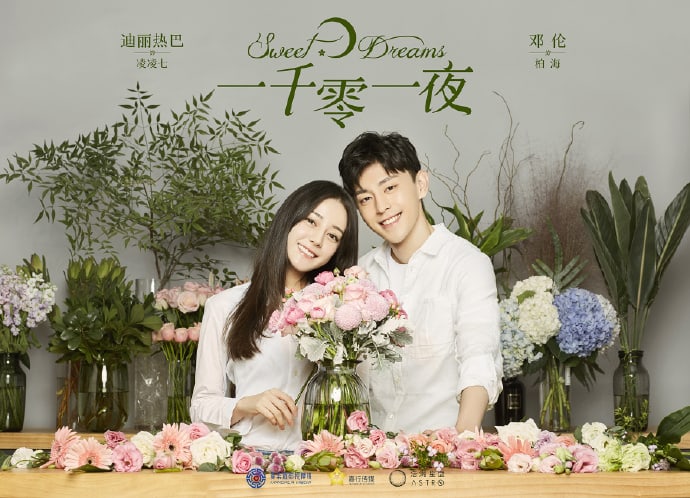 Ling Ling Qi (Dilraba Dilmurat) idolizes Bo Hai (Deng Lun), who is well-known in the floral industry. As she aims to pursue her goal of working under the same company as a florist, she unexpectedly gets the chance to encounter him in her dreams with the help of a dream bracelet that connects the two together. Through their encounters in both dreamland and in real life, their romance develops as they help each other overcome their own personal obstacles.

The drama is generally cute and light-hearted. It has an incredibly cool mix of the dream aspect, which is definitely one of the biggest draws for this show. The chemistry between our leads is amazing, and I really appreciate the character development that both leads get as the series progresses. Overall, the drama does a great job of incorporating the fantasy aspect, especially when they come together in the dreams because it does echo a fairytale that really highlights the romance.

There are also fantastic segments relating to their jobs that are quite interesting to watch. As viewers, we get to learn more about the workings behind those in the floral industry as well as the meanings of flowers and the decision-making process of choosing what is most suitable. 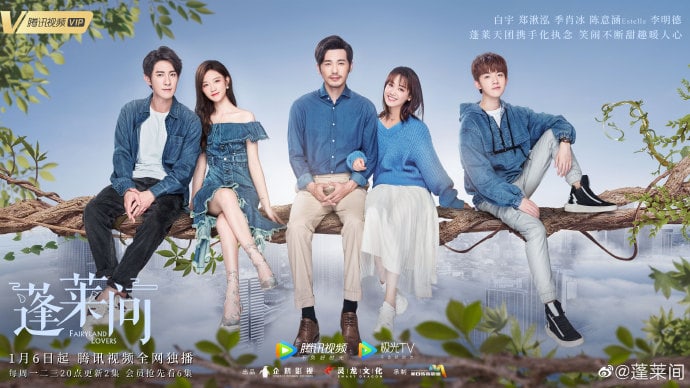 A long time ago, a spacecraft from the planet Penglai crashed onto Earth. Because of the spacecraft crash, jade stones that contain the energy to turn humans into spirits of obsessions spread throughout. Those from Penglai took responsibility to become heavenly soldiers that destroy the spirits. However, one soldier named Xiao Zhou (Zheng Qiu Hong) was different from the others and chose to save the spirits. During her mission, she saved Bai Qi (Bai Yu) and they began a romance, but some evil person was after something of hers, which eventually led to her demise. Fast forward to the present day, Bai Qi takes on the responsibility to rid the spirits from their obsessions as a doctor. He meets a struggling actress named Lin Xia, who looks like Xiao Zhou, and thus their fates become intertwined.

The logistics behind this fantasy world aren’t quite sound with this drama, but the humor and romance make up for it. I love it when Hei Qi comes into the picture because we get to see how much he contrasts with Bai Qi. The designs for this show are also really nice. Lin Xia’s house is so pretty and is definitely one of the best drama houses. Furthermore, this drama allowed me to discover Zheng Qiu Hong. I wasn’t really familiar with her, but she does a surprisingly nice job of showing a different range of emotions, making Lin Xia very likable.

The second lead couple is cute too. They were fairly light-hearted and provided a nice balance when the romance between the leads got a bit melodramatic. One main complaint would be the unevenness at times, which led to some confusion over the drama’s direction. However, there were lots of wholesome moments and delightful side characters to give this show a go.

Fantasy and supernatural dramas are a fun watch, especially because they add unexpected elements to the plot and amp up the romance! They also tend to be filled with lots of lovely and sweet moments that make them worthy of being added to your watchlist.

Hey Soompiers, what have been your favorite fantasy or supernatural dramas to watch?

Soompi Spotlight
Sweet Dreams
My Amazing Boyfriend
The Love Knot: His Excellency's First Love
Some Day or One Day
Fairyland Lovers
My Girlfriend is an Alien
How does this article make you feel?