The upcoming drama “When My Love Blooms” is gearing up for a strong start with a star-studded cast performing their first script reading!

The first script reading took place on February 26, where all of the cast gathered with the production crew and director Son Jung Hyun to get a feel for everyone’s characters. Son Jung Hyun said to the gathered group, “I think that viewers would be comforted and can identify with that which moves their hearts. I hope that ‘When My Love Blooms’ can become that sort of drama for everyone who watches it.”

Once the reading began, it became clear that all of the cast embraced their characters. Yoo Ji Tae transformed into Han Jae Hyun, who works for a heartless company, and Lee Bo Young transformed into Yoon Ji Soo, a working mom just struggling to make it. They snagged the spotlight with their moving performance as old flames who by chance reunite to rekindle their first love.

Jinyoung and Jeon So Nee also gave a stellar reading performance, showing off their chemistry by illustrating the precious memories made of Han Jae Hyun and Yoon Ji Soo’s younger days. With the contrast of their beautiful and moving scenes to the bleaker present day, the four main cast members brought the melodrama to the next level and amped up the anticipation for the drama.

Of course, they weren’t the only ones to steal the show. Park Si Yeon, who plays Han Jae Hyun’s wife Jang Seo Kyung, created a tense atmosphere with her sharp and pointed charm. Lee Tae Sung plays Joo Young Woo, a man who is infatuated with Yoon Ji Soo and has had eyes only for her for a long time. Other big names such as Moon Sung Geun, Jang Gwan, Byung Hun, Min Sung Wook, and Eun Hae Sung all participated in the script reading, as well. 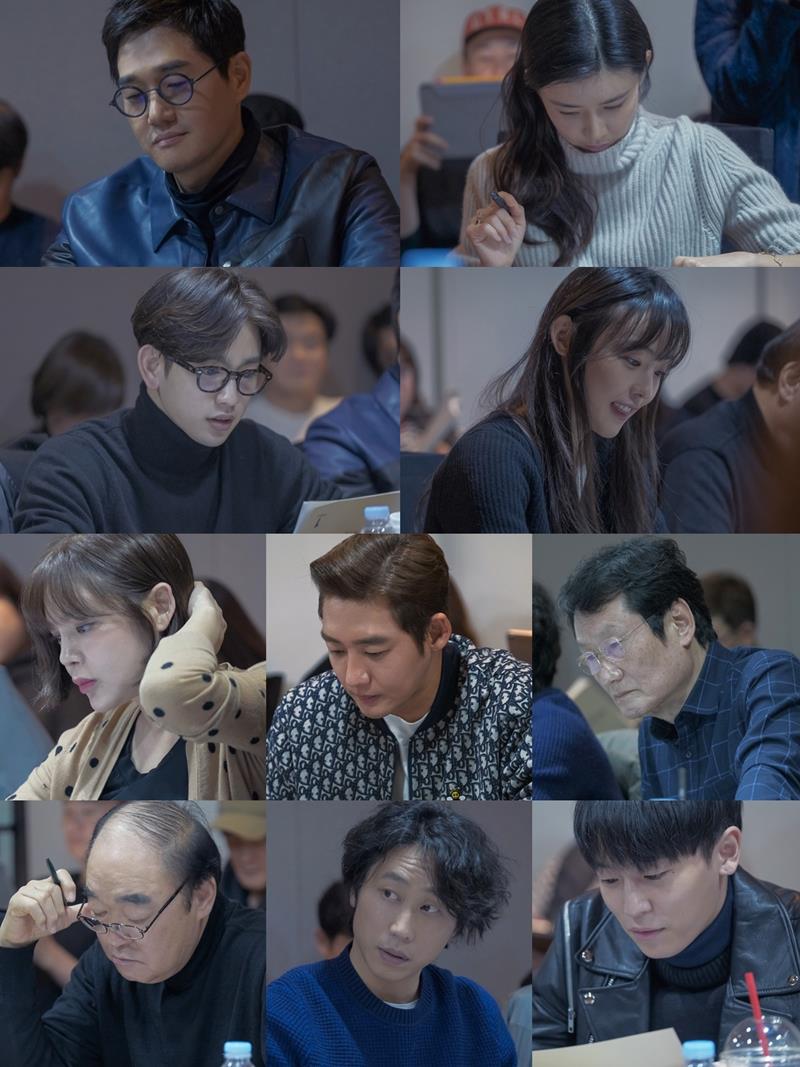 “When My Love Blooms” is set to premiere following the finale of “Hi Bye, Mama!” in April.