FTISLAND’s Minhwan and Yulhee introduced their twins to the world!

The February 26 episode of “Mr. House Husband” featured exciting and touching footage of Minhwan and Yulhee welcoming their twin daughters into the world. In one scene, Minhwan waited outside the operating room nervously as Yulhee underwent surgery, and then he heard their first cries and took a deep breath.

The show shared polaroids of Minhwan holding his twin girls Ah Yoon and Ah Rin. The cards share that they were born at 9:18 a.m. and 9:19 a.m. on February 11.

A video was also revealed that was filmed by Minhwan, who marveled over how small the two girls are. At Yulhee’s suggestion, he even compared them to the size of his fist and laughed over how tiny they are.

“I think I wasn’t totally in my right mind,” he said in an interview. “I was so amazed and emotional over the fact that the twins were born. I had so many emotions. It’s really unbelievable. It’s so amazing and I’m so grateful, and I feel thankful towards Yulhee.”

The family was also shown three days after the babies’ birth. Minhwan asked Yulhee how she was doing, and she gave a thumbs up to the camera and explained that she’d even been praised on how well she’s recovering after her surgery.

“You went through a lot,” said Minhwan. They then both watched over the twins as they slept and marveled over how they change each day. 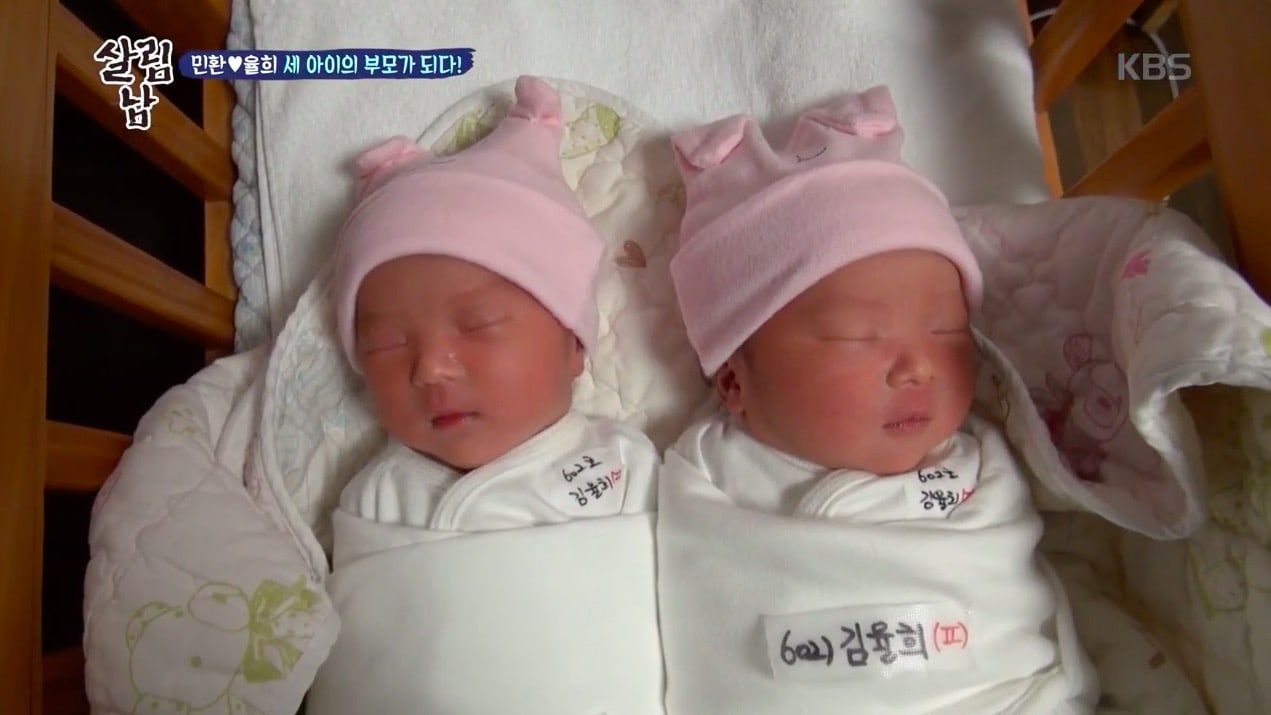 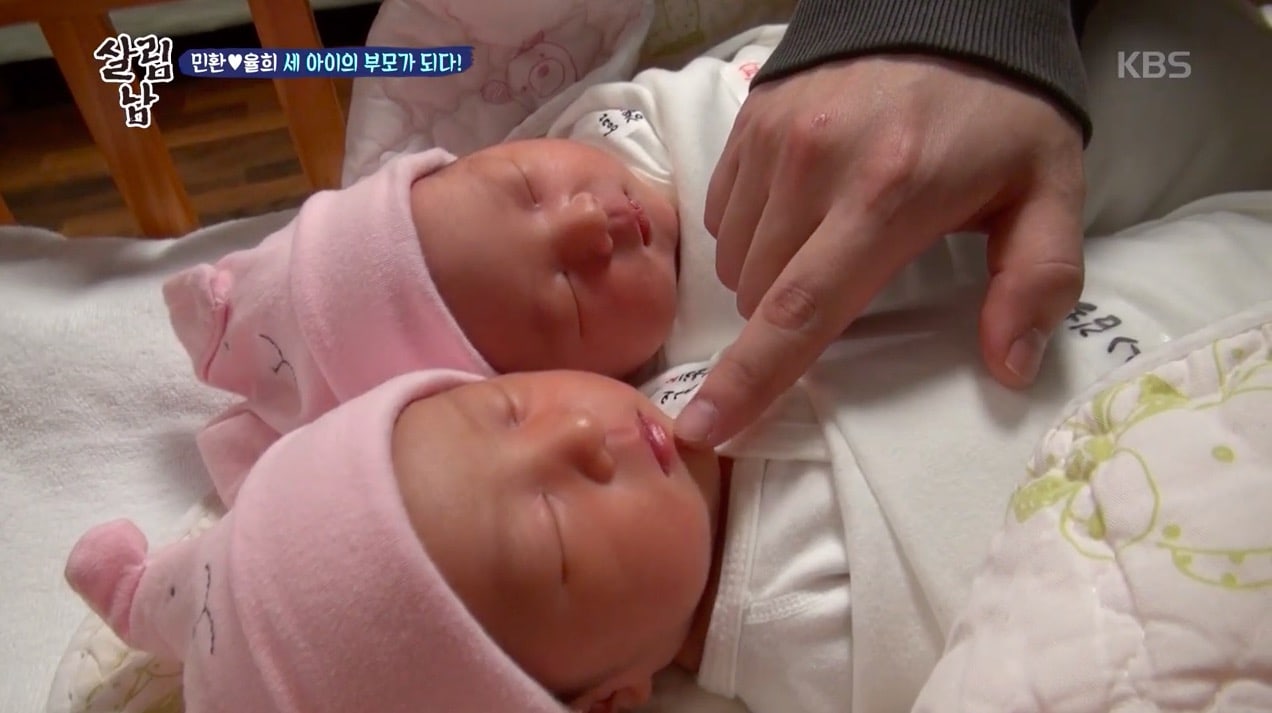 Minhwan said, “I feel a bit more weight on my shoulders since we now have three children.” When Minhwan asked her how she felt about it being their last time on the show, Yulhee replied, “It doesn’t feel real, and I’m sad about it. I feel like we should be continuing until their first birthday. Thank you for loving us. Since it felt like I was spending my pregnancy period with the viewers, I didn’t feel lonely and I gained strength.”

Yulhee took to Instagram after the broadcast and shared photos, with one of herself watching over her babies and another of the adorable twins.

She wrote, “I’m putting my strength into recovering now while being so grateful because so many people congratulated us on the birth of our twins. Also, from December 2018 to February of this year, which was longer than I thought, we greeted you all each week through the program ‘Mr. House Husband.’ I’m sad thinking about how today is really the last broadcast, but I’m also feeling grateful… I won’t forget the love, support, and advice we’ve received from so many people and I’ll continue to have strength and live happily like I am now.”

She went on to praise the staff for allowing them to film comfortably, described their connection as precious and unforgettable, and thanked the whole “Mr. House Husband” family.

Minhwan enlisted in the military on February 24, and the family has now ended their time on the reality show. Minhwan will serve as a full-time reserve soldier following five weeks of training, meaning that he will be commuting from home.