BLACKPINK Talks About Their Creative Process, Performing On Tour And At Coachella, And Love For Each Other

BLACKPINK showcased stylish looks and shared their thoughts in a cool pictorial for Vogue!

On February 26, the fashion magazine released photos from the girl group’s pictorial and the members talked about their roles in the group and more. “Each person is working hard and doing well in their role,” began Jennie. “I don’t think it’s that this member is doing singing more or that this member is dancing more. I think BLACKPINK’s harmony is complete because of each person’s energy.”

Jisoo added, “I want to show people how different something is when BLACKPINK does it. It’s fun how we express songs in our own way.” Expressing how she wants the group’s performance to be viewed, Jisoo continued, “I’ll feel proud if someone watched thinking that it looked cool then thought, ‘This is even cooler,’ the next time. I want to create fun performances where people can watch them in a row without skipping a single one.” 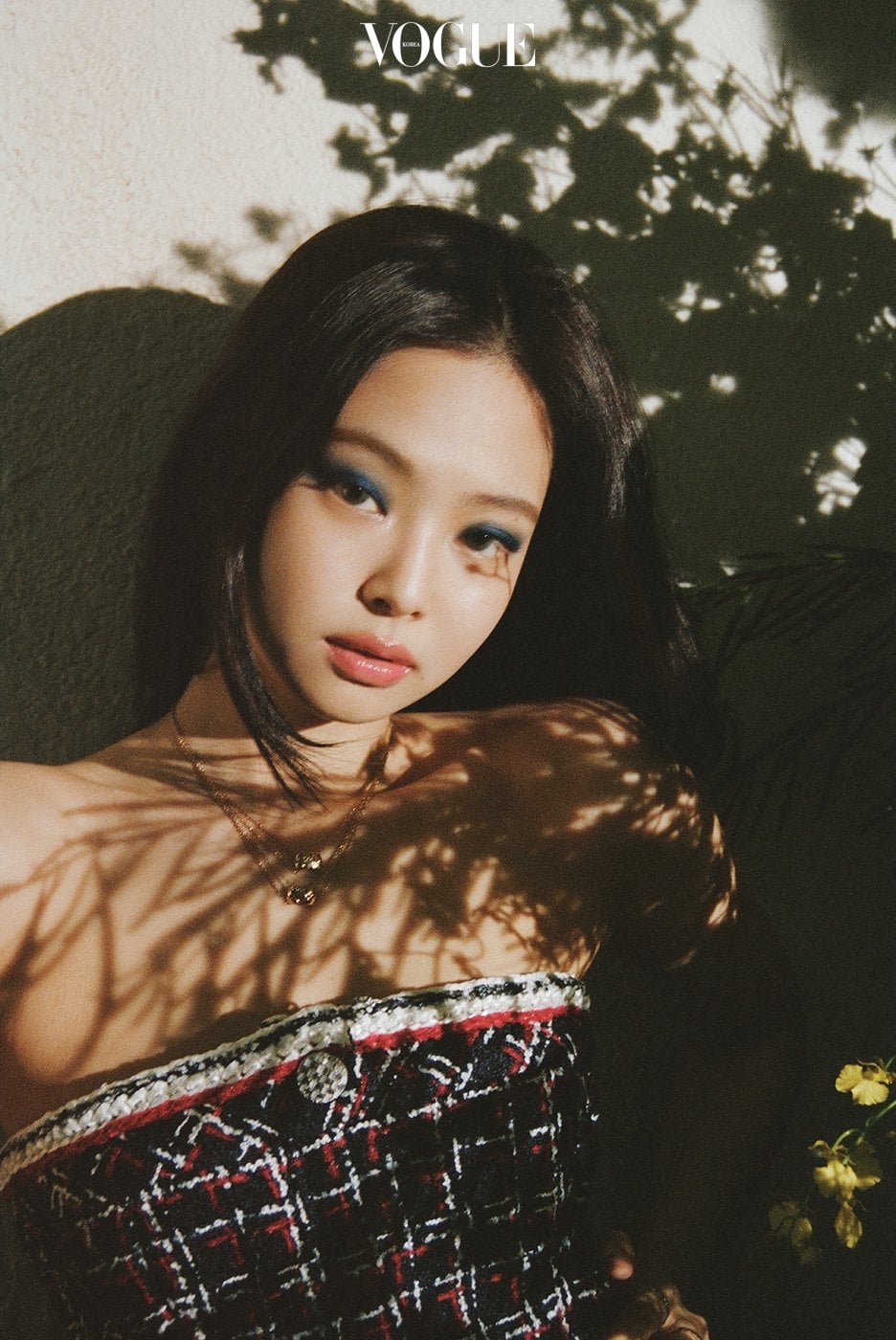 BLACKPINK is currently gearing up for a comeback this year. “Working on an album is the time when I can do everything I wanted to try,” Jisoo said. “We create an overall picture with each of our ideas. All of our opinions are included in each of our scenes in the music video. For example, it starts with, ‘I saw this movie and I want to try this scene.'”

Jennie added, “When the music process is somewhat complete, we have a meeting regarding the music video. That’s when the concept of the song gets decided. I make a lot of effort to be meticulous so that nothing goes wrong. I use most of my brain power during that time.”

Ji Eun, the group’s visual director who has styled BIGBANG’s G-Dragon and BLACKPINK, explained, “We endlessly think about the image each member wants to show in the music video. I just assist in expressing that image through clothes. They have a sense of responsibility about each of their scenes.” 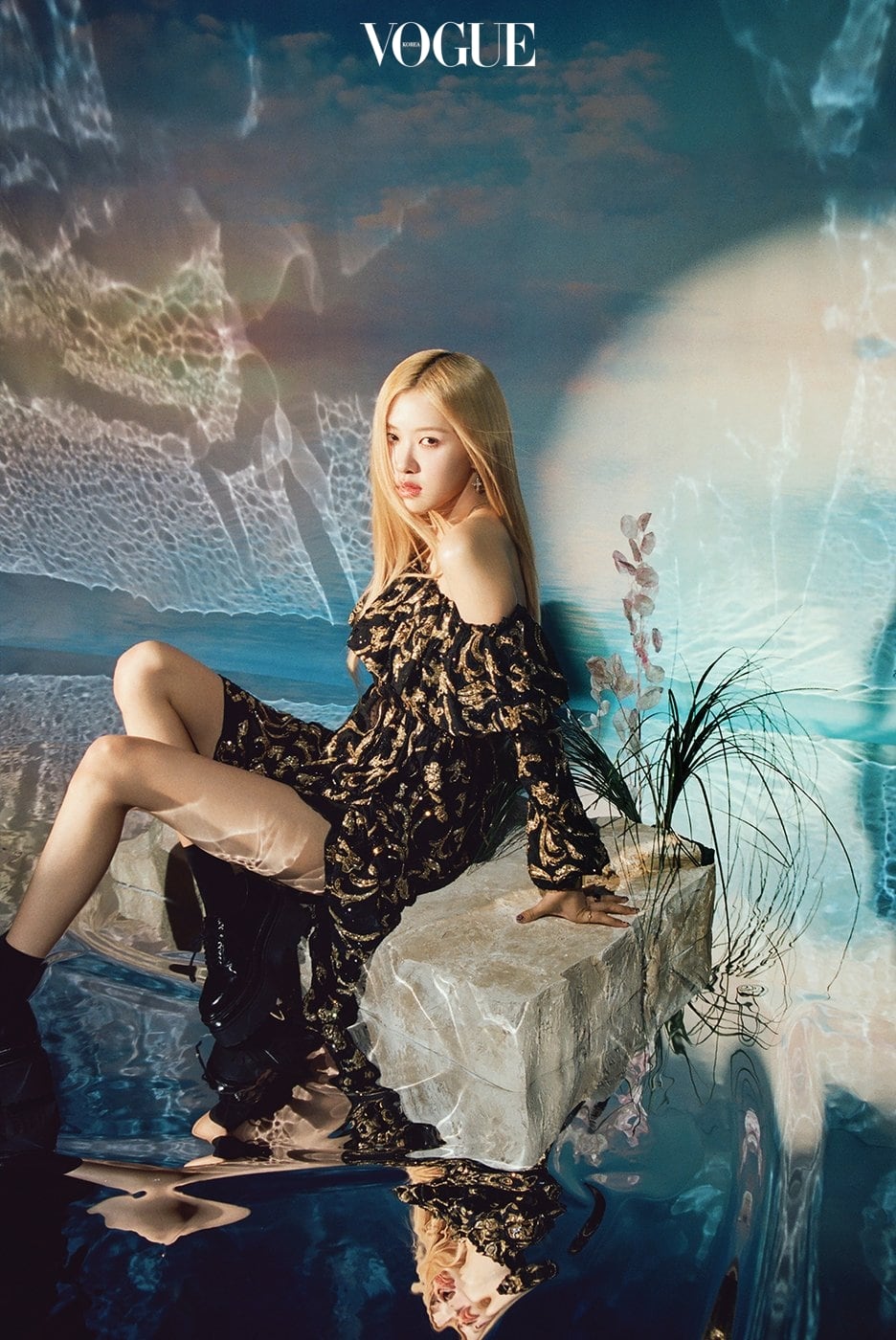 Speaking about the link between fashion and music, Jennie said, “I think that the perfect combination is just enough of something new and just enough of our uniqueness that makes other people want to imitate us. I liked dressing up since I was young, so I’m really happy that I can do this while working. In some way, it’s a different field, but it feels as if I’m able to do it all together.”

BLACKPINK’s style is the result of the members’ opinions and collaboration. Jisoo said, “I tell Lisa that she should do something that only she can do. The most amount of opinions come about when we’re discussing Lisa’s style because there really is a certain style that only Lisa can pull off. Thanks to that, Lisa tries new things and she looks really cool. I’m really happy that I can say, ‘Someone like her is in our team.'” 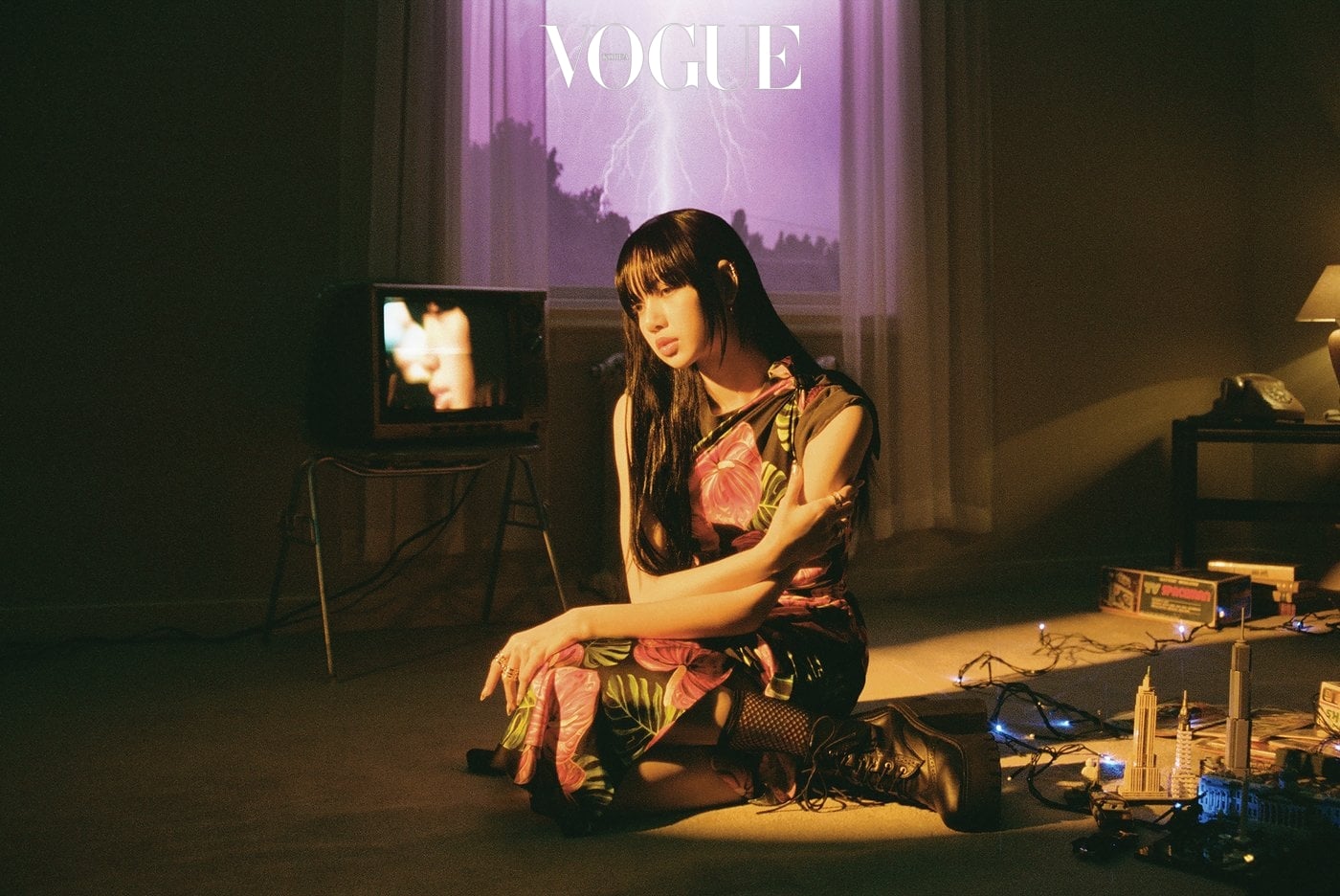 Speaking about finding her favorite dress, Rosé added, “I wore a dress at Coachella and it helped me perform really comfortably. It blew around in the wind really well. Clothes are really important to us. The fit of the clothes inspires our moves and gives us confidence on stage.”

BLACKPINK recently toured around the world in cities including Bangkok, Jakarta, Hong Kong, Los Angeles, Amsterdam, London, Paris, and Sydney. Jisoo said with a laugh, “My physical endurance definitely increased. It reminded me a lot of the beginning of my debut. Back then, I was nervous on stage and emphasized every single move. After performing more, I became relaxed and could have fun with fans, so it was more fun as the [tour] reached the second half.”

“I really wanted to go to Coachella since a while ago,” said Rosé. “I like the atmosphere and the vibe. We often performed set songs in set venues, but I felt really free at Coachella. My endorphins really soared. I made new friends and gained a lot of inspiration. When I got onstage, moments from my trainee years until now flashed by me like a panorama.” 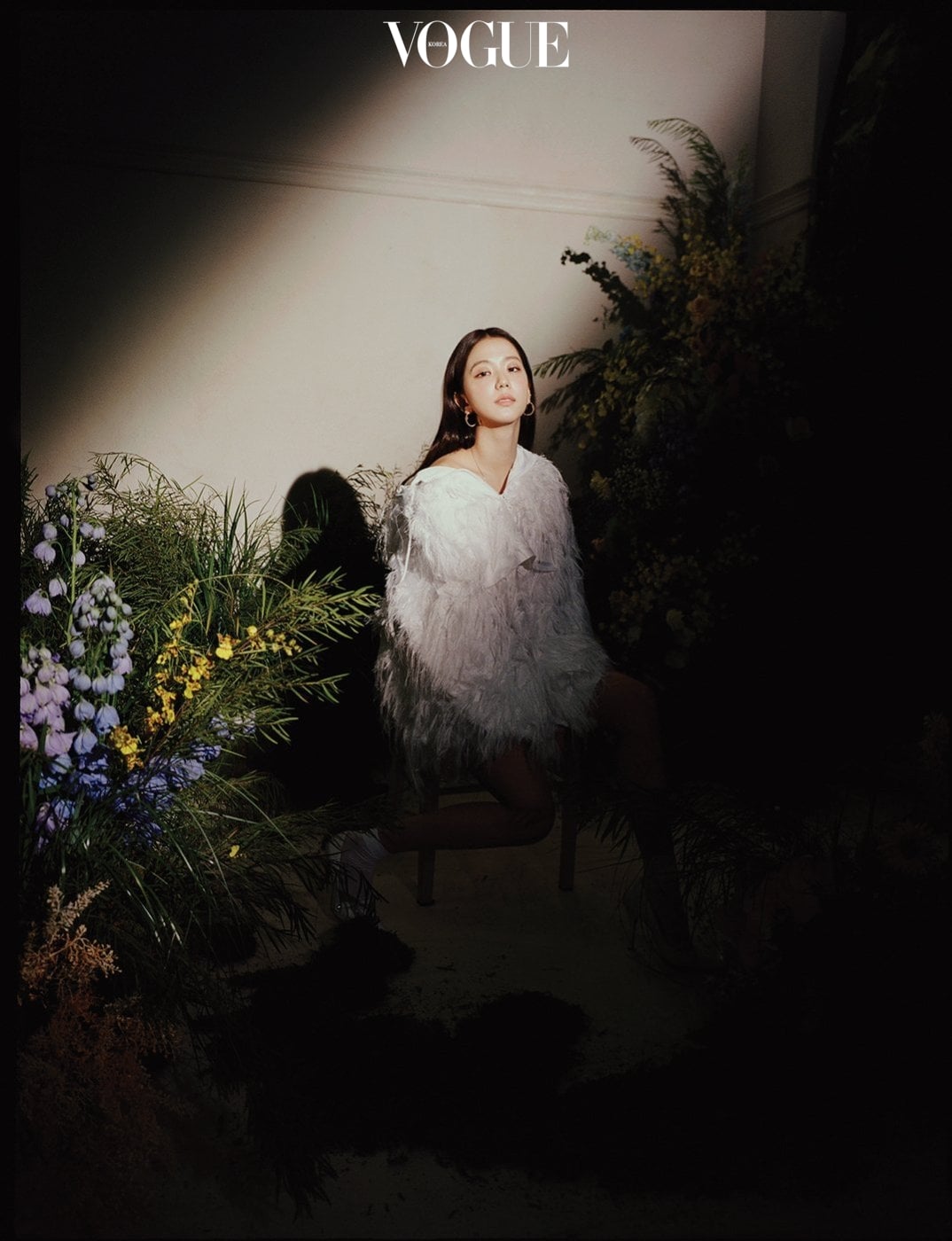 BLACKPINK performed on the Coachella stage for an hour and 30 minutes. “There were probably people there who didn’t know us,” said Lisa. “My friend came to watch the performance and said that the person next to them said, ‘Who’s BLACKPINK?’ but enjoyed it anyway. I could feel that we got through to the crowd with our music and performance, so I felt really happy.” Jisoo added, “The more I get on stage, the more I feel like boundaries are disappearing. People who come to our concerts are all different in age and nationality. Various people come to listen to our music and see our performances, so it felt as if we all became one.”

Expressing love for her fellow member, Lisa said, “The members’ values are fun. Jisoo is especially playful and makes jokes, so she’s really fun.” Jisoo commented, “It was fun during the overseas tour because we could spend a lot of time on our own. It’s really fun when the four of us are hanging out. I feel really confident when the four of us go on stage together. It feels as if I’m with my reliable right-hand and left-hand men. It makes me gain self-confidence.”

BLACKPINK said they enjoyed taking photos and Lisa added, “We go to famous restaurants and go together if we find out about a fad.” 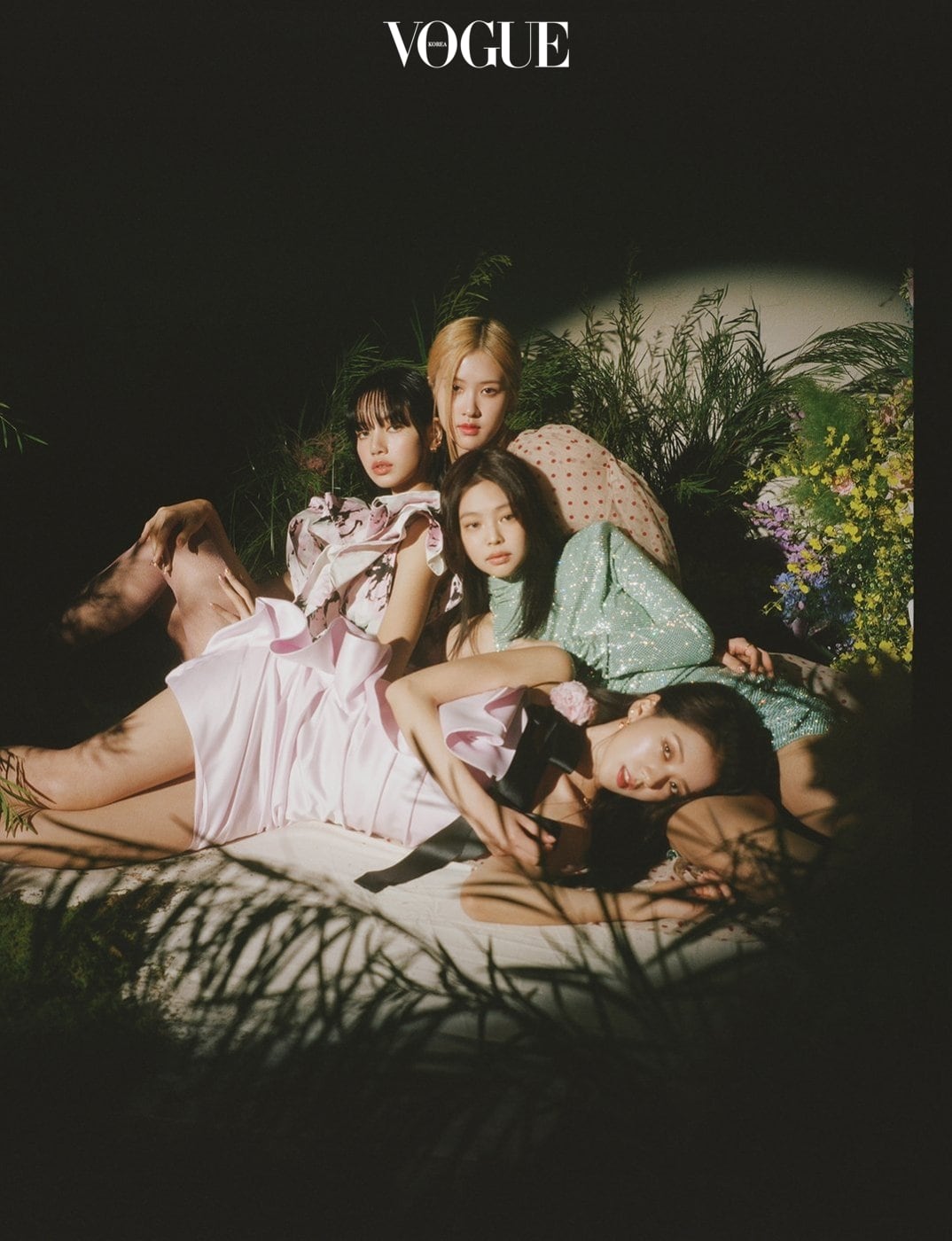 “I experienced something new while going on tour last year,” revealed Jennie. “Something that I had only dreamt about became reality. We really grew a lot. I like that we can show that someone can do all of this while having fun. I want to continue making things we imagined into reality. I want to meet [our fans] through good music and good performances.”

Jisoo stated, “We tell each other, ‘Don’t lose confidence. We have each other, so let’s live life while doing what we want to do.’ I think our fans will also be great if they don’t lose confidence and be strong. Since I was young, my parents told me to live life while doing what I want to do. They let me decide instead of telling me what to do.” Rosé added, “As a singer, music comes first. But as a person, I want to be able to give relatable moments and comfort.” Lisa chimed in, “Rosé recently said that we should challenge ourselves and have fun living life since today won’t return. So, I agreed.”

Photographer Petra Collins took BLACKPINK’s photos for this pictorial to capture women of a wide spectrum. The group said they saw his photos on social media and praised his work. When asked if she still considers herself a girl, Jennie answered, “I still think I’m a girl. I like girly things and don’t really want to move past that. I hope that [time] comes as late as possible.”

Check out more photos from BLACKPINK’s shoot below! 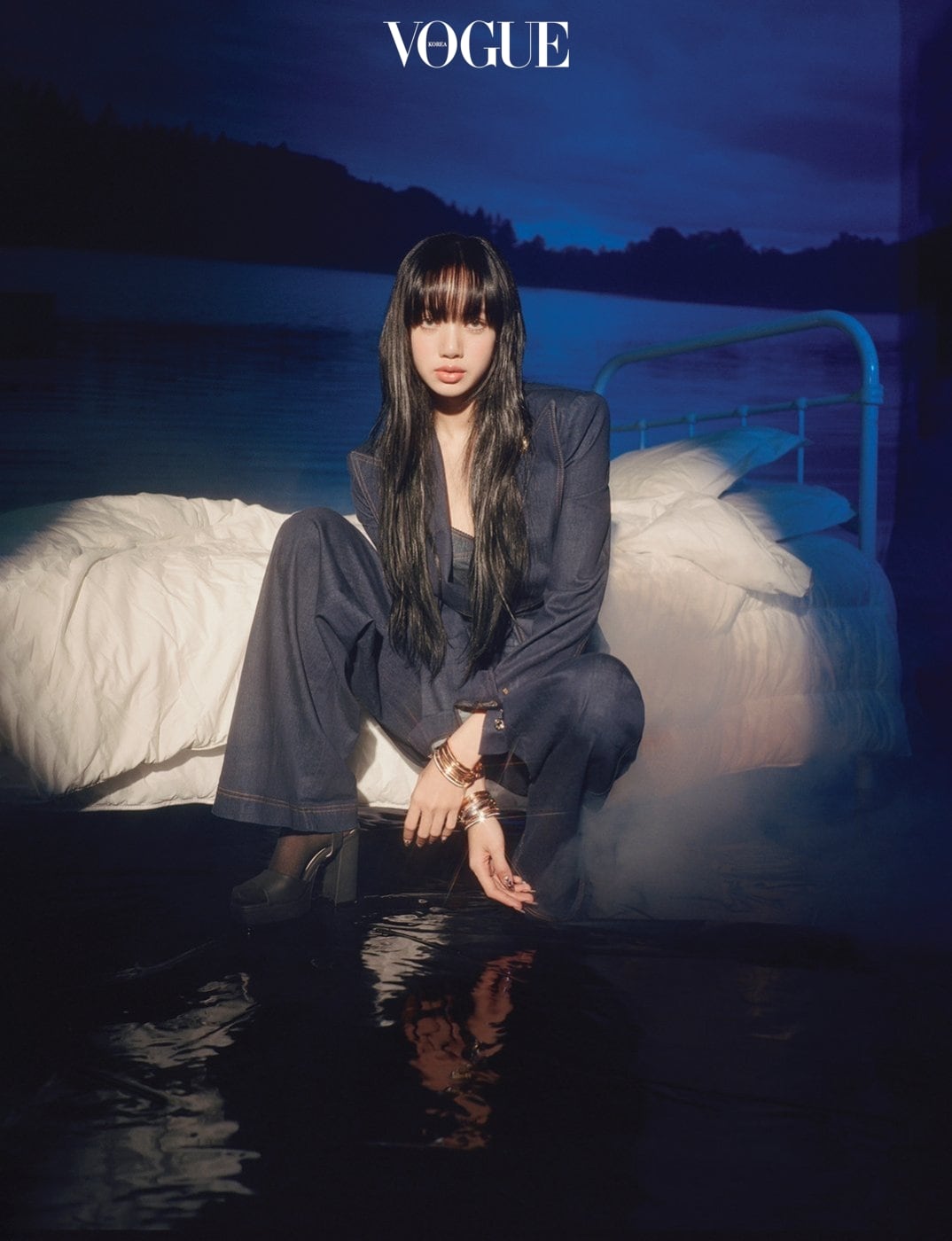 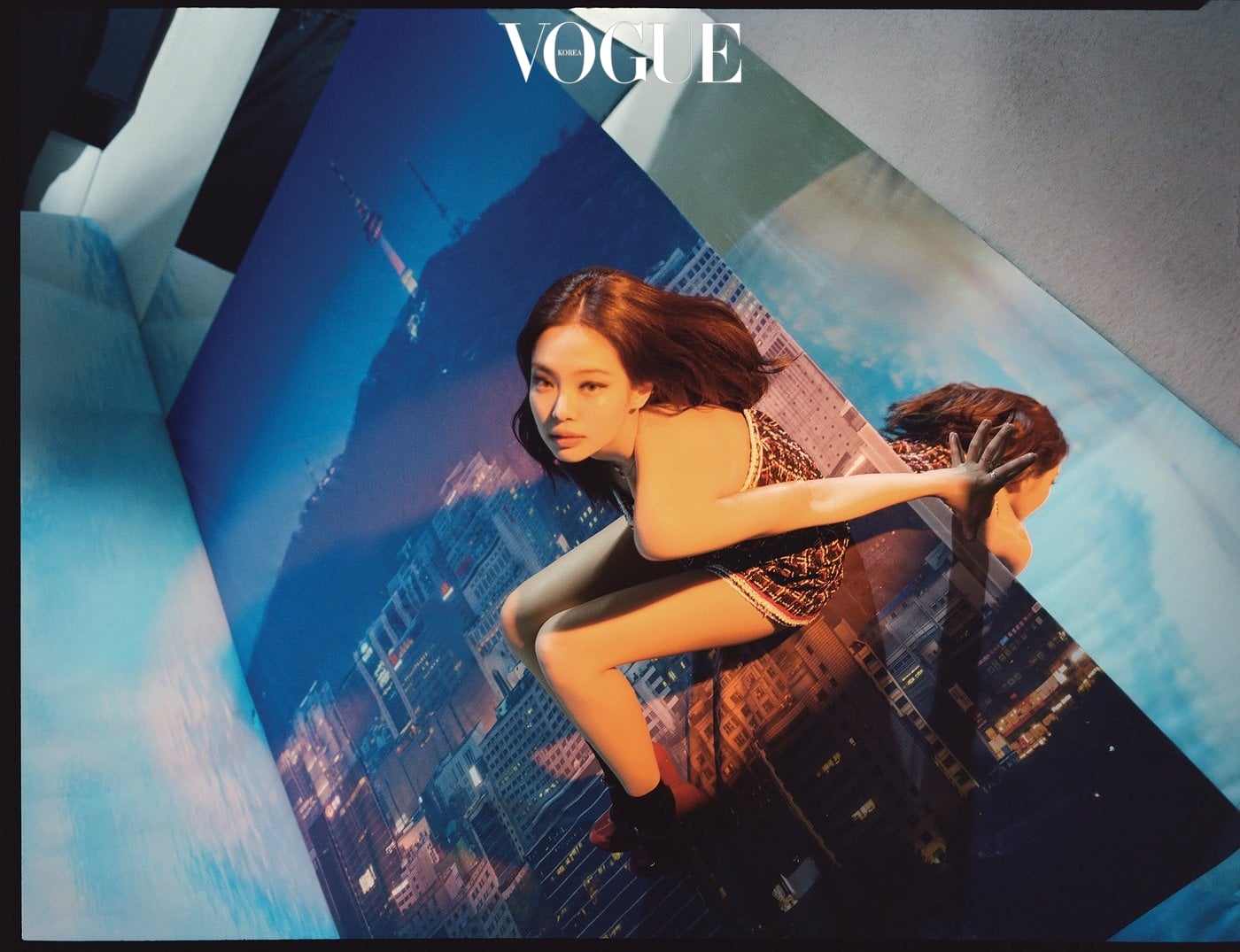 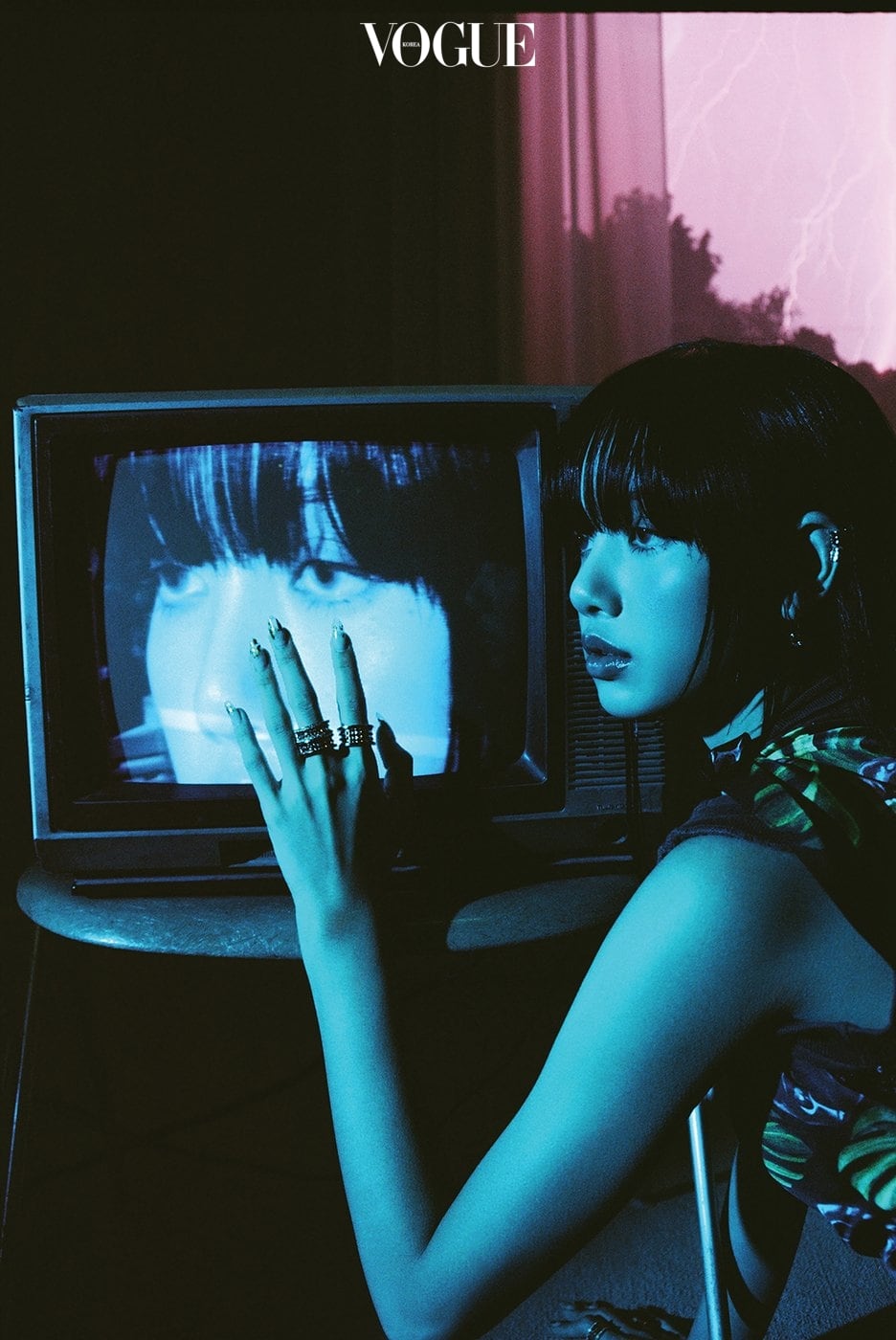 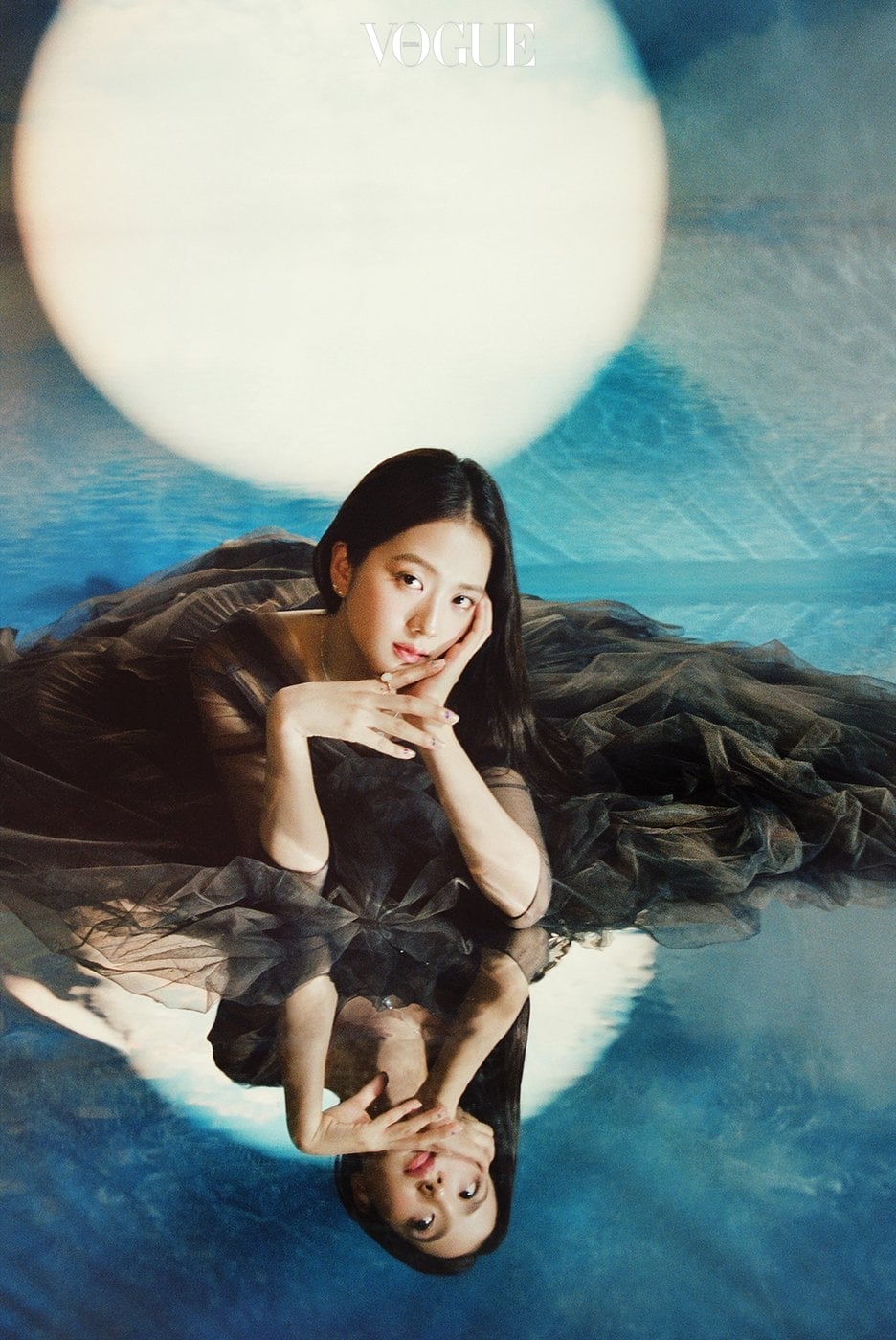 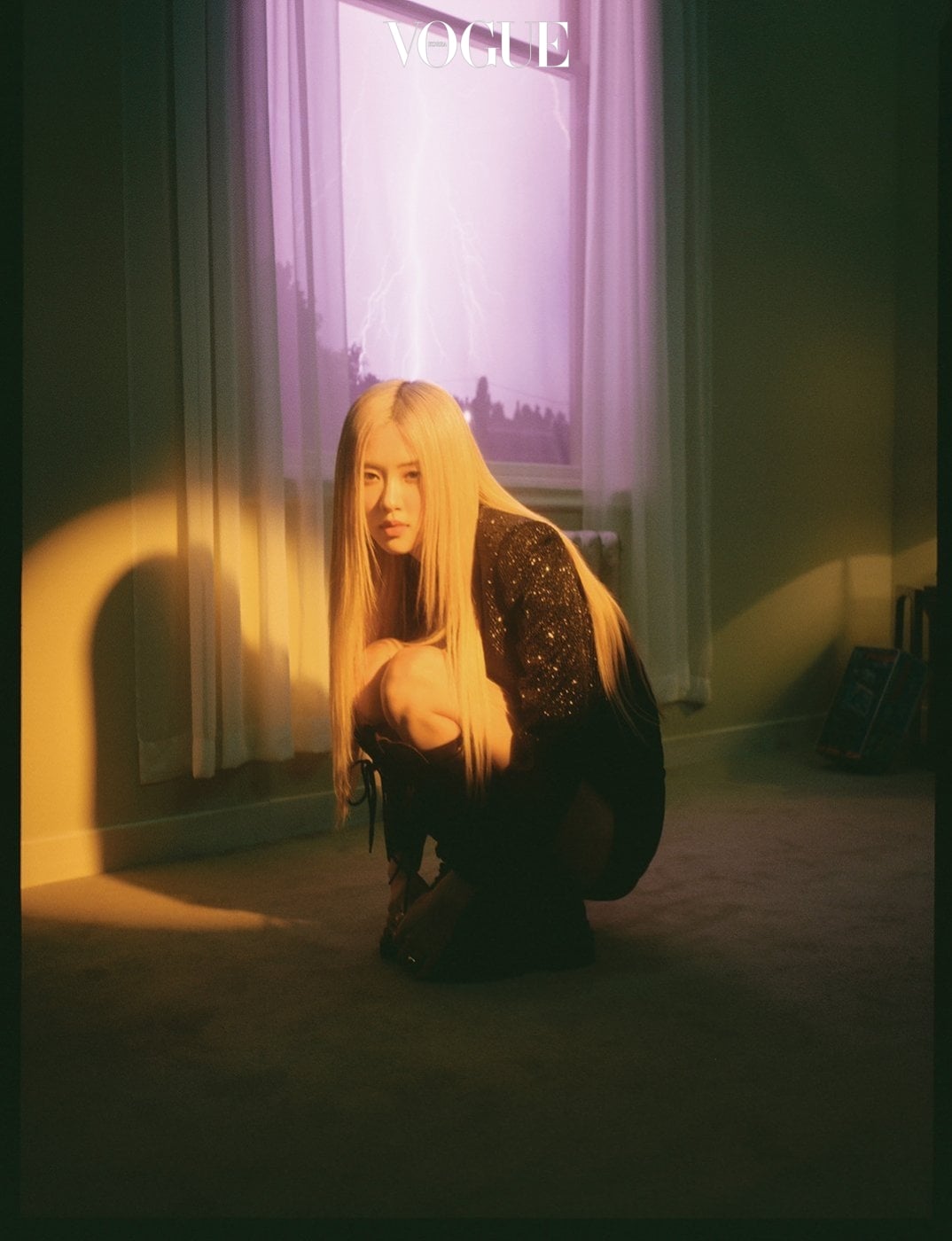 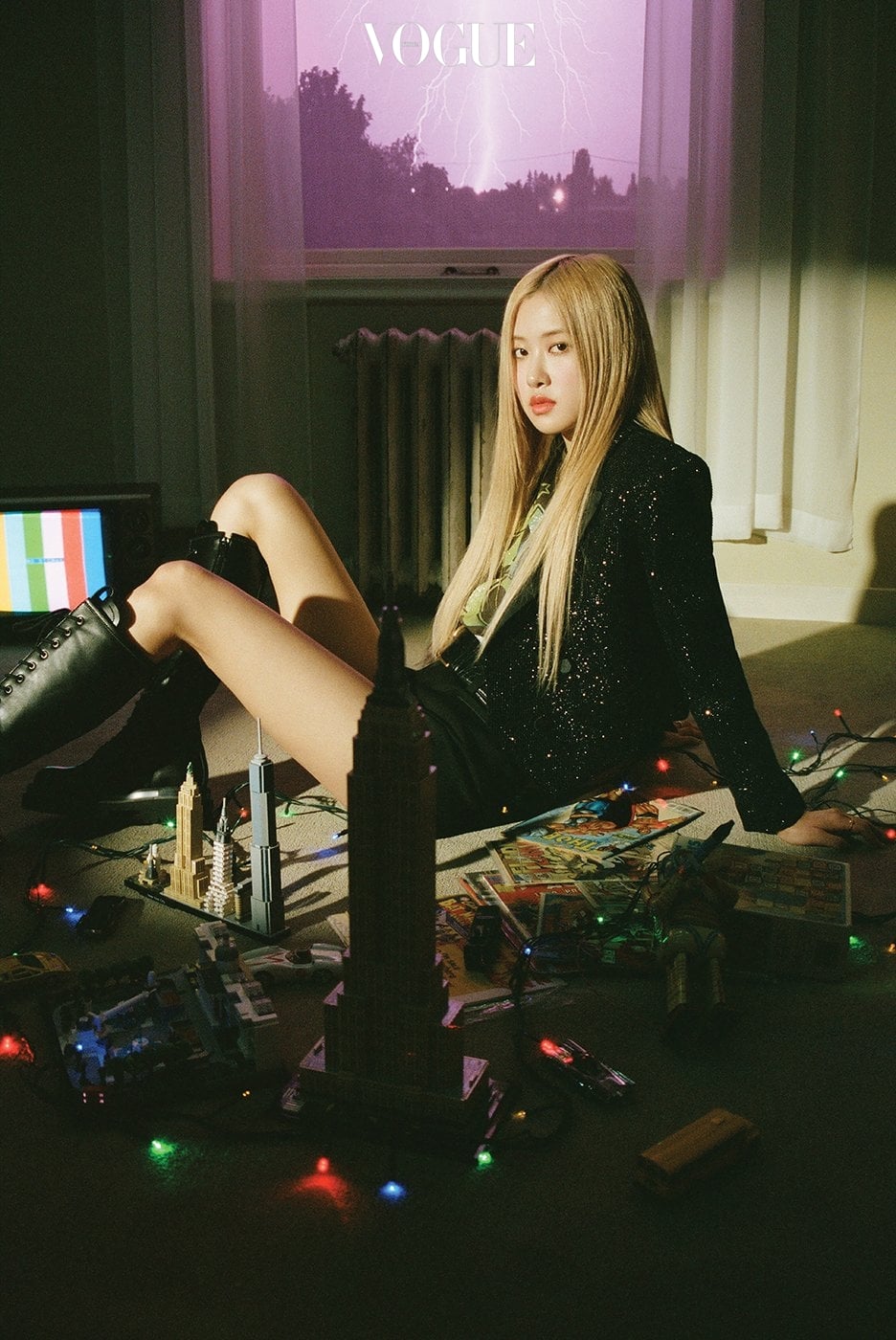 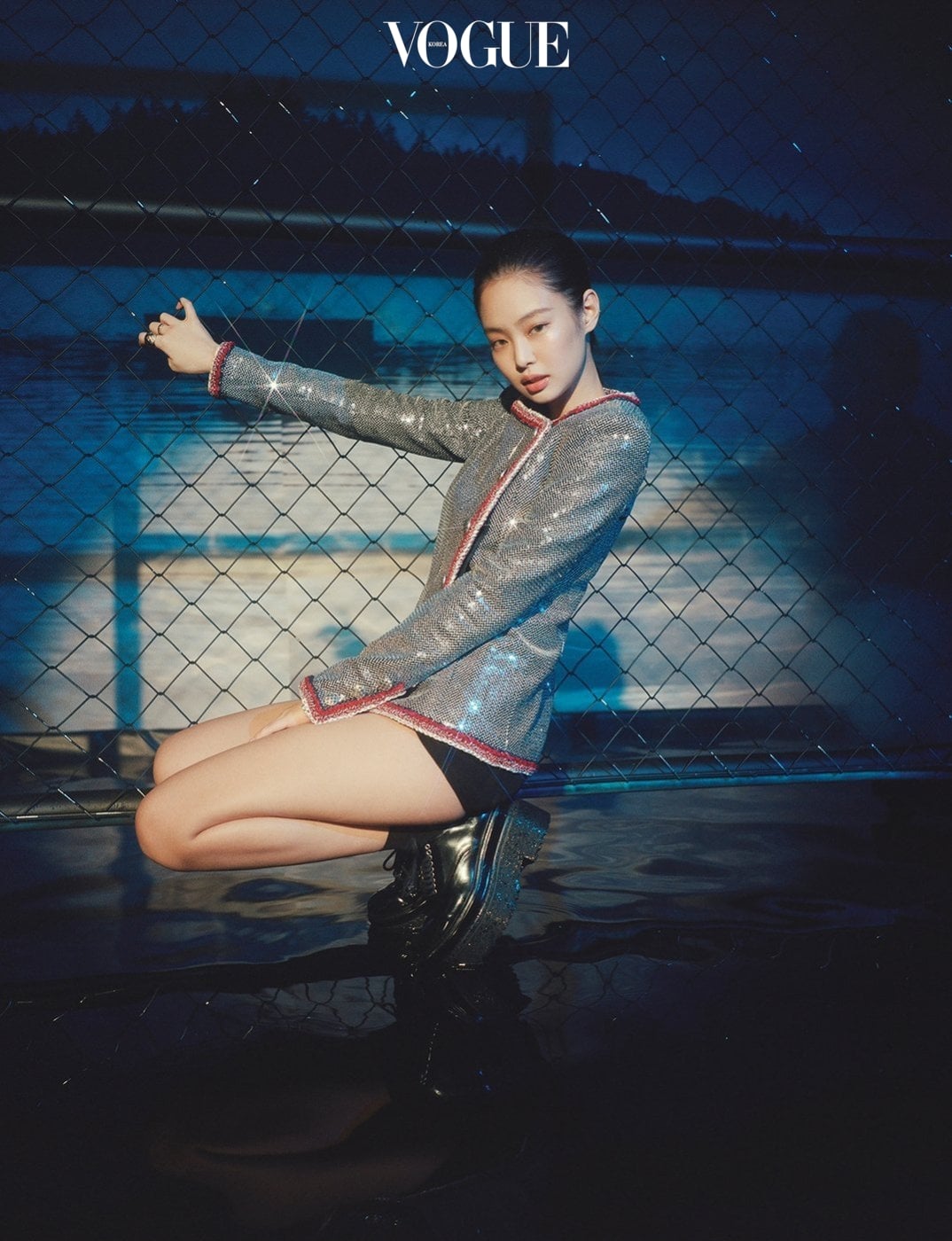 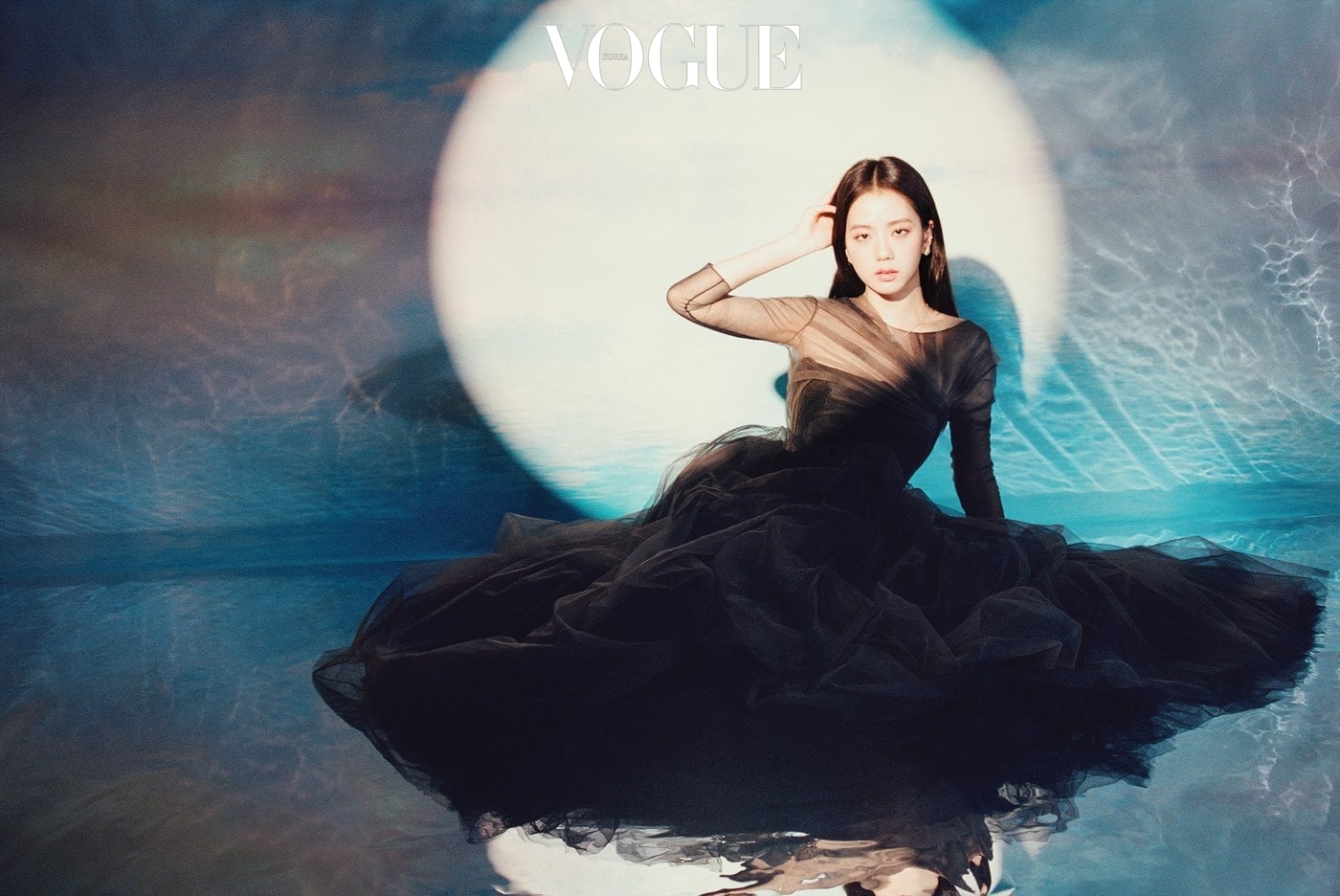 BLACKPINK
Vogue
How does this article make you feel?