“I’ll Go To You When The Weather Is Nice” is the new JTBC K-drama starring Park Min Young and Seo Kang Joon. Like the title suggests, the series takes place in winter with a spring-like feel of a first love romance. This series is based on the novel written by Lee Do Woo and it was such a sensation in Korea that it’s no surprise that it was adapted into a drama. With two powerhouse actors starring in the series, there was no doubt that it would be perfect. Here are a few reasons why the premiere of “I’ll Go To You When The Weather Is Nice” left a lasting impression.

Warning: minor spoilers for the premiere below. 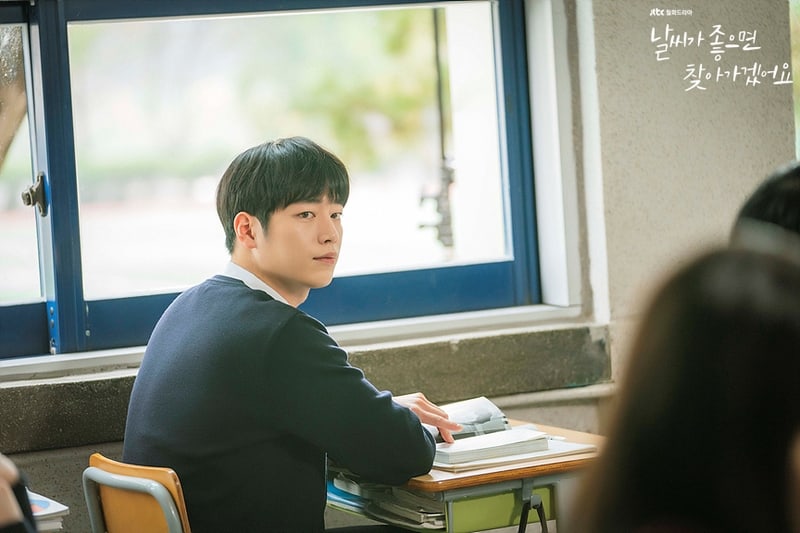 Seo Kang Joon plays Im Eun Seob, a bookstore owner who was born and raised in the countryside. He lives a very quiet and subdued life, making coffee and writing on his blog to about a girl named “Irene” (who we quickly learn is Mok Hae Won, played by Park Min Young). He seems to enjoy his quiet life and is content with running his bookstore business while having an almost lifelong crush on Hae Won.

It’s great seeing Seo Kang Joon in a lead role as he has more often played secondary characters in K-dramas. In this particular drama, it seems like the character Eun Seob really suits Seo Kang Joon’s personality. His character is pretty perfect in terms of a K-drama male lead. He fell madly in love with Mok Hae Won in high school and has continued his feelings for her throughout his adult life. The small and oh so subtle ways that he shows his feelings for her is seriously swoon-worthy. If you weren’t a fan of Seo Kang Joon before, it’s only a matter of time before he wins your heart in this one.

We also can’t fail to mention his beautiful eyes and striking visuals. Be still, our hearts! 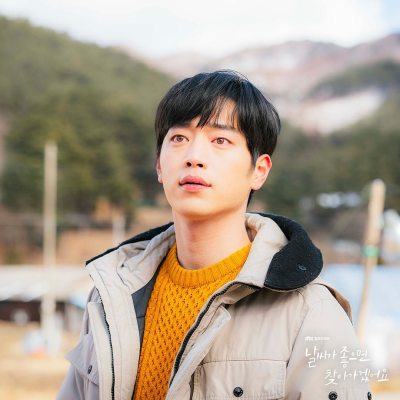 This drama feels like a movie. The slow and discrete camera movements and attention to detail make every scene so breathtaking. The way it’s filmed totally fits with the whole feel of the series. It’s like the complete perfect package. 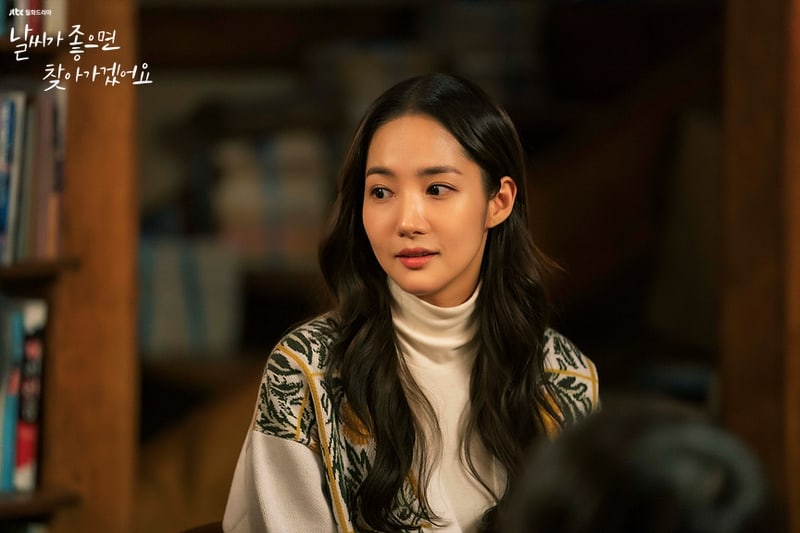 Park Min Young has such a great streak of K-dramas and she’s been choosing amazing scripts. It’s nice to see her play a character that is more melo and serious. It really showcases her acting abilities. We all knew she was talented, but this role really showcases her incredible ability as a veteran actress.

Park Min Young plays Mok Hae Won, a cello teacher who has had to deal with a lot because of school politics and crappy bosses. She decides to retreat back to the countryside where her aunt lives. The series starts with a lot of questions as to where Park Min Young’s character came from and what her story is. She seems to have gone through a lot and Park Min Young does such a great job of portraying this type of character.

No matter what series we see Lee Jae Wook in, he’s like a ray of sunshine. Lee Jae Wook stole hearts in several dramas that he was in last year and it seems like 2020 isn’t going to be slowing him down. 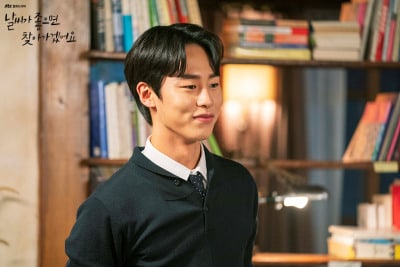 There’s not too much about Lee Jae Wook that’s been revealed yet, but it seems like he’s responsible for bringing a lot of friends together. He keeps Im Eun Seob in the social circle and brings him out of his bookstore once in a while to socialize with people.

Although it’s enough that Lee Jae Wook is in the series, I’m kind of hoping for a little bit of a love triangle between him and Eun Seob. But judging from the relationship chart that was released prior to the premiere, it doesn’t look like this is going to happen. Welp. Fingers are still crossed!

As soon as I heard the soothing and perfect vocals of Kwak Jin Eon at the end of episode one, I couldn’t help but smile at how perfect it was that he sang the OST for this drama. Kwak Jin Eon is an indie singer-songwriter who won the sixth season of “Superstar K” and has since made a lasting impression in the indie music community. His melancholy voice and lyrics are perfect for the feel that this drama gives.

Have another listen and just let it heal your soul:

I love a good romantic K-drama. Sometimes it’s nice to have the romance without the humor and this drama is it. It’s perfect for this time of year as winter is slowly coming to an end and spring is on the horizon.

This drama starts slow and steady. It doesn’t have much happening from the get-go, but there is a lot of anticipation for the story to unfold. The love that Eun Seob has for Hae Won is seriously the purest, most innocent thing ever and it makes this drama worth the watch. It’s the perfect series to watch this winter season, so prepare for your hearts to be warmed!

Park Min Young
Soompi Spotlight
Seo Kang Joon
Lee Jae Wook
I'll Go to You When the Weather Is Nice
How does this article make you feel?