SF9’s Rowoon and Kim Hye Yoon from MBC’s “Extraordinary You” have reunited for JTBC’s “Let’s Eat Dinner Together”! 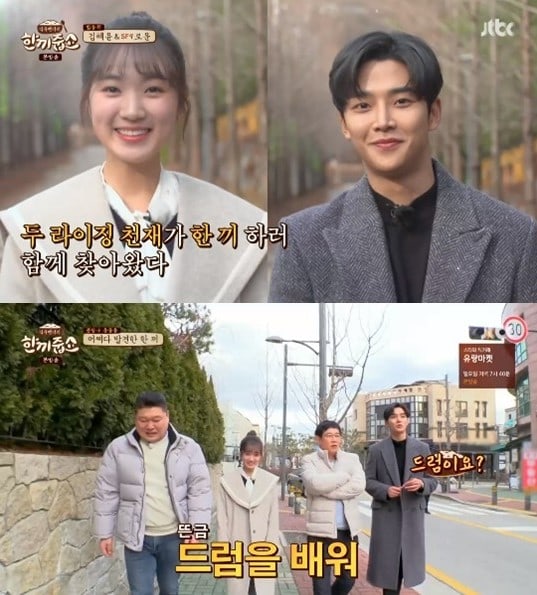 The variety show features hosts Kang Ho Dong and Lee Kyung Kyu teaming up with celebrity guests to travel around a neighborhood in the hopes of finding someone who will let them into their home for a meal and conversation.

During their walk, Rowoon began by revealing that his first love used to live in the district of Bundang where the filming took place. Rowoon said, “I think it’s good to be honest. Since love is a good thing.” He added,”I remember buying and delivering her porridge when she was sick. I lost contact with her in my early 20s.” 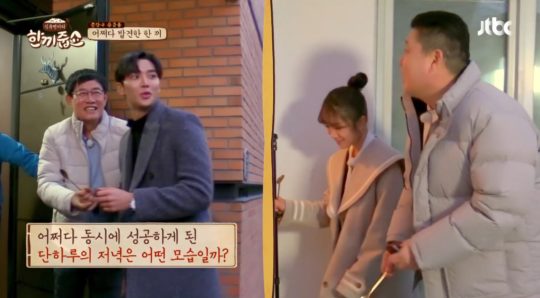 Furthermore, Rowoon talked about his recent success and fears. “Rather than getting all excited and happy from the success, I’ve become afraid. [I think to myself,] ‘I shouldn’t make any more mistakes.’ I worked really hard to get here, but I can fall down with one mistake, so I’ve become nervous.” On this, Lee Kyung Kyu offered, “I’m giving you this advice as a senior. Refrain from going on variety shows.” Instead, he told him, “Learn how to drum.” However, when Kim Hye Yoon asked, “What if I make a mistake on a variety show?” Lee Kyung Kyu replied, “If it’s you, it’s okay. You have a definite character,” while adding that she was going to succeed on variety shows. 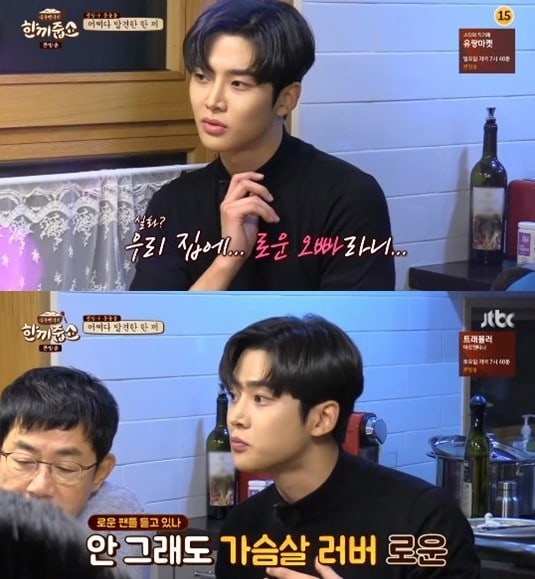 When Kim Hye Yoon rang the doorbell for her first attempt at the “Let’s Eat Dinner Together” challenge, no one answered. Meanwhile, Rowoon succeeded on his first try, and the woman who opened the door exclaimed that Rowoon was very good-looking. Rowoon and Lee Kyung Kyu continued onward to another house, prompting Lee Kyung Kyu to comment that it was advantageous to have Rowoon on his team because of his visuals. While getting ready for dinner at the house they finally settled on, Rowoon continued to try to help the family prepare the meal while earning praises for his handsome face. 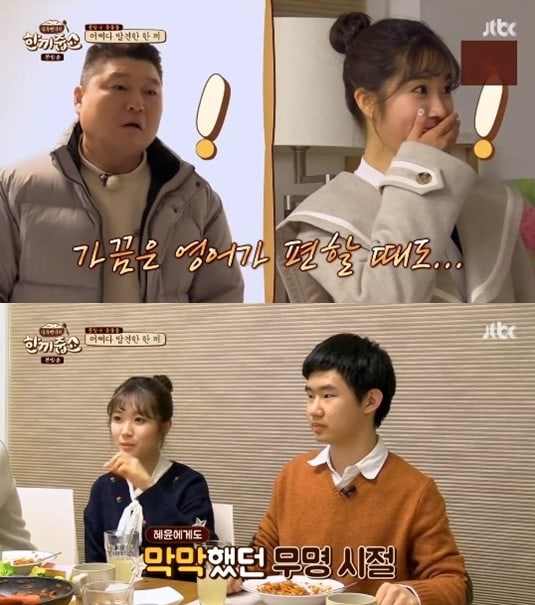 Meanwhile, Kim Hye Yoon and Kang Ho Dong also found success and were invited into someone’s house. The mother of the house commented on how beautiful Kim Hye Yoon was while adding, “I was completely absorbed in ‘SKY Castle‘ while watching it.” She also praised Kim Hye Yoon for her acting skills, having watched her in MBC’s “Extraordinary You” as well.

“Let’s Eat Dinner Together” airs every Wednesday at 11 p.m. KST.

Watch a recent episode of “Let’s Eat Dinner Together” below!

SF9
Rowoon
Let's Eat Dinner Together
Kim Hye Yoon
Extraordinary You
How does this article make you feel?