Park Hae Jin and Jo Bo Ah will be going on a date in the upcoming episode of “Forest”!

In the previous episode, Kang San Hyuk announced the end of their cohabitation. He had prepared a hearty dinner for Jung Young Jae, but when she tried to confess to him, he stopped her and declared he would be moving out soon.

In the new stills, Kang San Hyuk and Jung Young Jae enjoy an exotic date in the Philippines. They forget everything and focus only on having fun. They spend a relaxing day packed with various activities, such as restaurant tours, zip-lining, dancing with buskers, and night walks. During a walk, they spot a wishing tree and gaze longingly at it. Viewers are curious about the future developments of their unpredictable relationship. 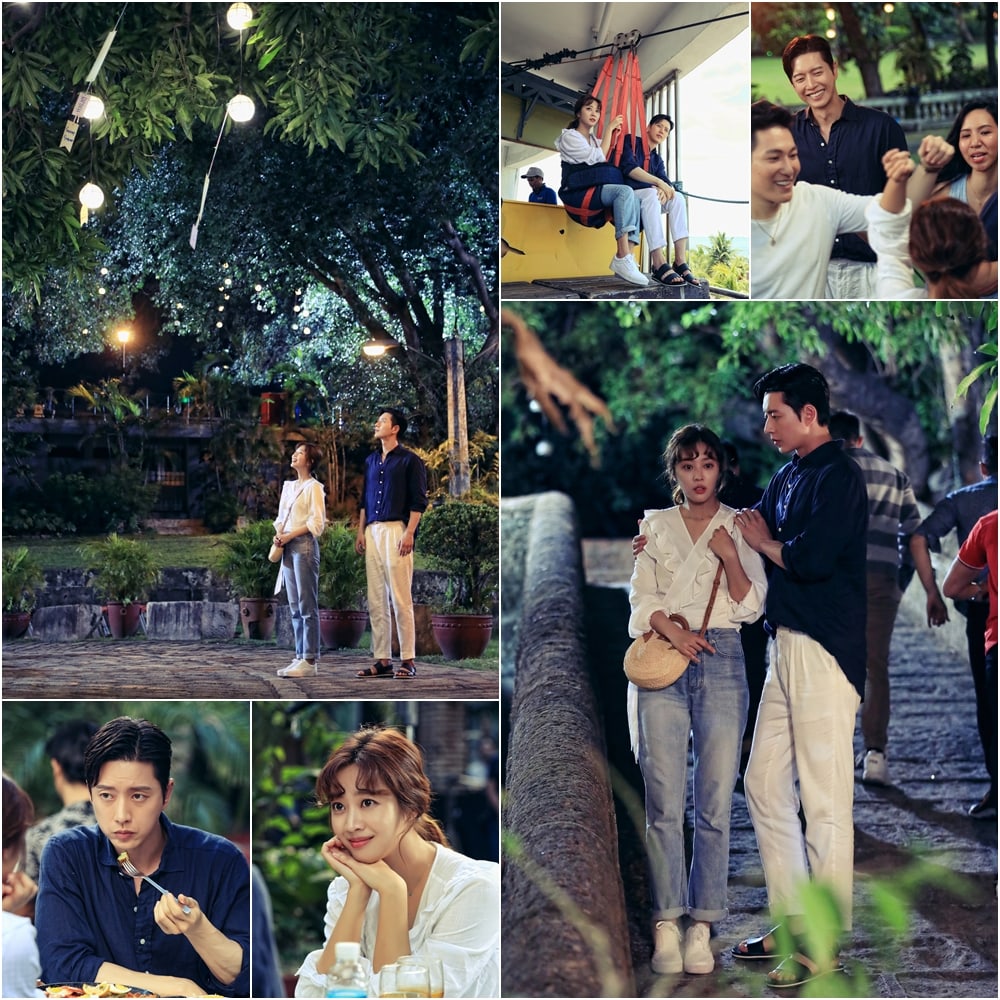 This scene was filmed in Manila, Philippines in May of last year. Despite the hot and humid weather, the two actors kept the energy high with their bright laughs. An interesting situation resulted from the zip-lining scene because Park Hae Jin is slightly afraid of heights while Jo Bo Ah enjoys thrilling rides. However, Park Hae Jin soon enjoyed the activity, and he exploded with real laughter, creating realistic chemistry with his co-star. During the shooting by the wishing tree, the actors captured the emotions of the couple with their sweet gazes and natural ad-libs.

The production crew commented, “Park Hae Jin and Jo Bo Ah showed off their fantastic chemistry and created a vivid scene. Please look forward to the episode airing on February 27 where you can check their fates in which they are unable to grow apart from each other despite Park Hae Jin’s declaration of separation.”