Unlike many fictional heroes who hide their identities, Dong Baek—who has the ability to scan other people’s memories—freely makes his power known to the world as he bravely fights crime and evil. However, due to his passion for justice and his irrepressible urge to take action—no matter how reckless—the police department keeps him on a tight leash, with a special team of detectives closely monitoring him 24 hours a day.

On February 28, “Memorist” shared a sneak peek of Dong Baek on the job with his partner Oh Se Hoon (played by Yoon Ji On) and captain Koo Kyung Tan (played by Go Chang Suk). Although the first photo features the three detectives exuding powerful, charismatic vibes as they arrive somewhere together, the other stills reveal the blundering side of Dong Baek’s seemingly tough crew.

In one photo, Koo Kyung Tan looks hilariously sheepish after being caught off guard while applying fill-in powder to cover up his thinning hair. In another, both Oh Se Hoon and Koo Kyung Tan wear expressions of disbelief as they arrive at a scene where Dong Baek has wreaked his usual havoc, attempting to assess just how much damage their colleague has done. 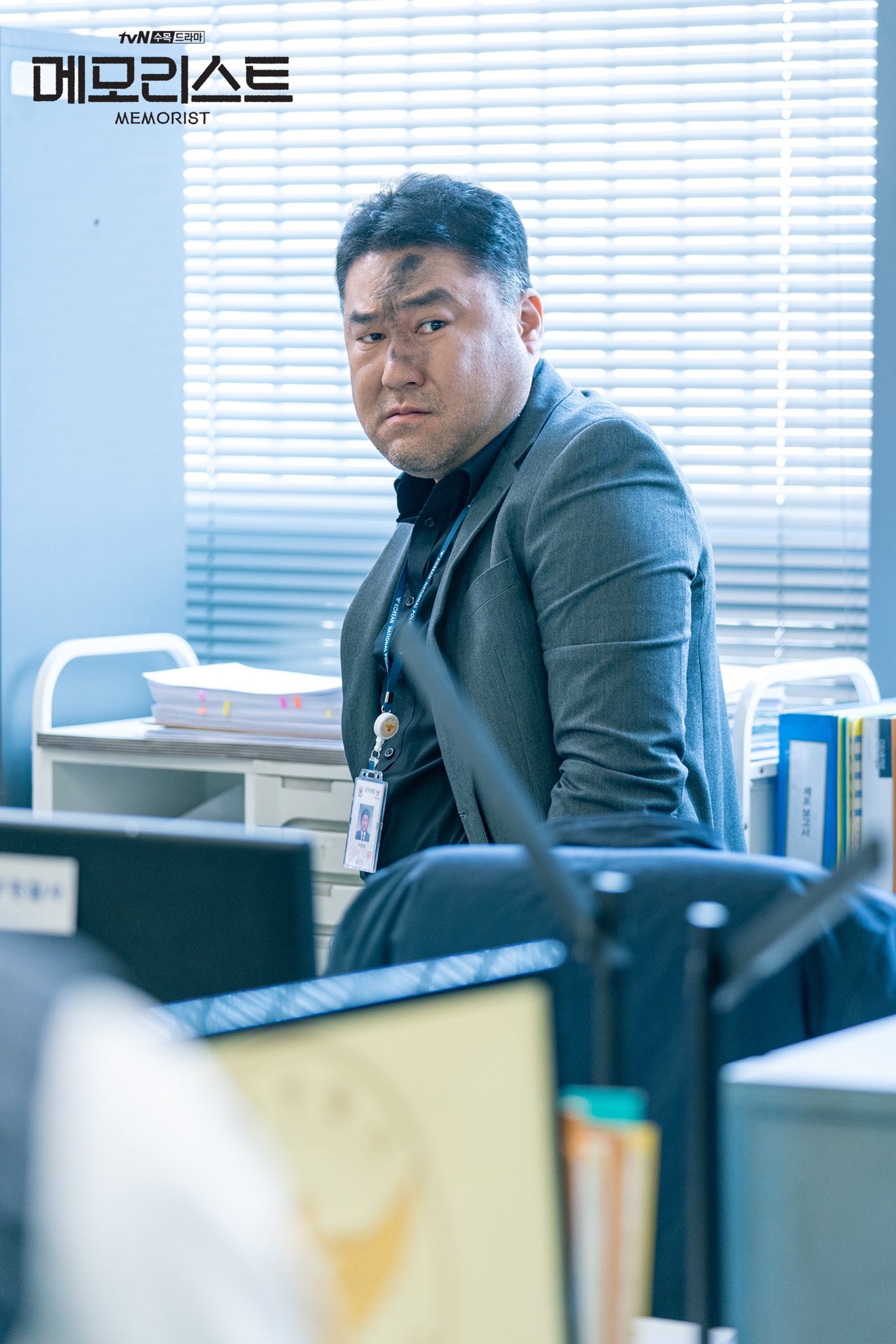 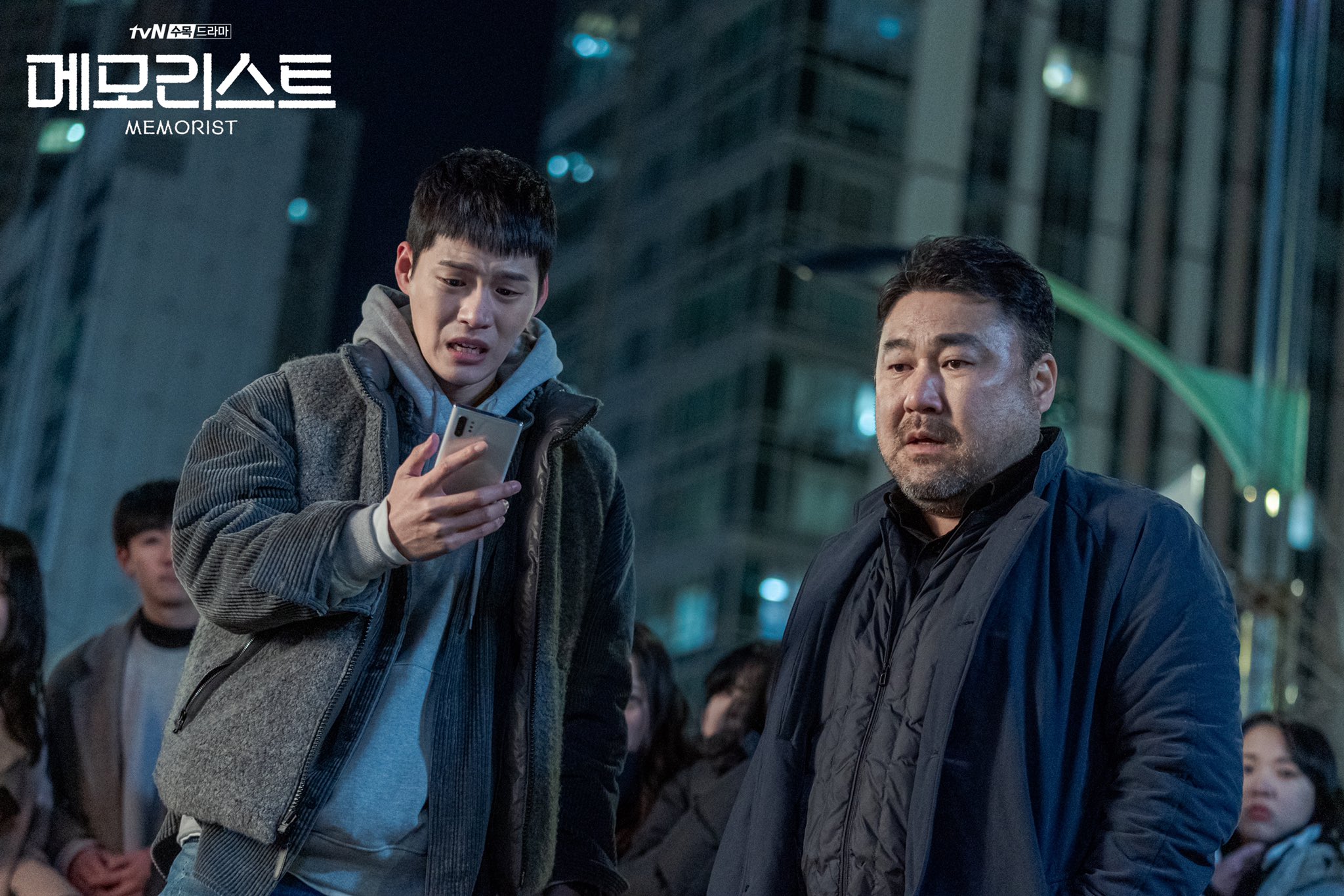 However, Dong Baek’s squad is nothing if not fiercely loyal. In another photo from the upcoming drama, Oh Se Hoon wears a furious expression as he stands up for Dong Baek after hearing some of their colleagues talking about him behind his back. Due to Dong Baek’s superpowers, many of the other police officers are terrified that he’ll discover their secrets—but the unwaveringly loyal Oh Se Hoon, who is absolutely devoted to Dong Baek and always has his back, refuses to stand by and let them smear his friend’s name. 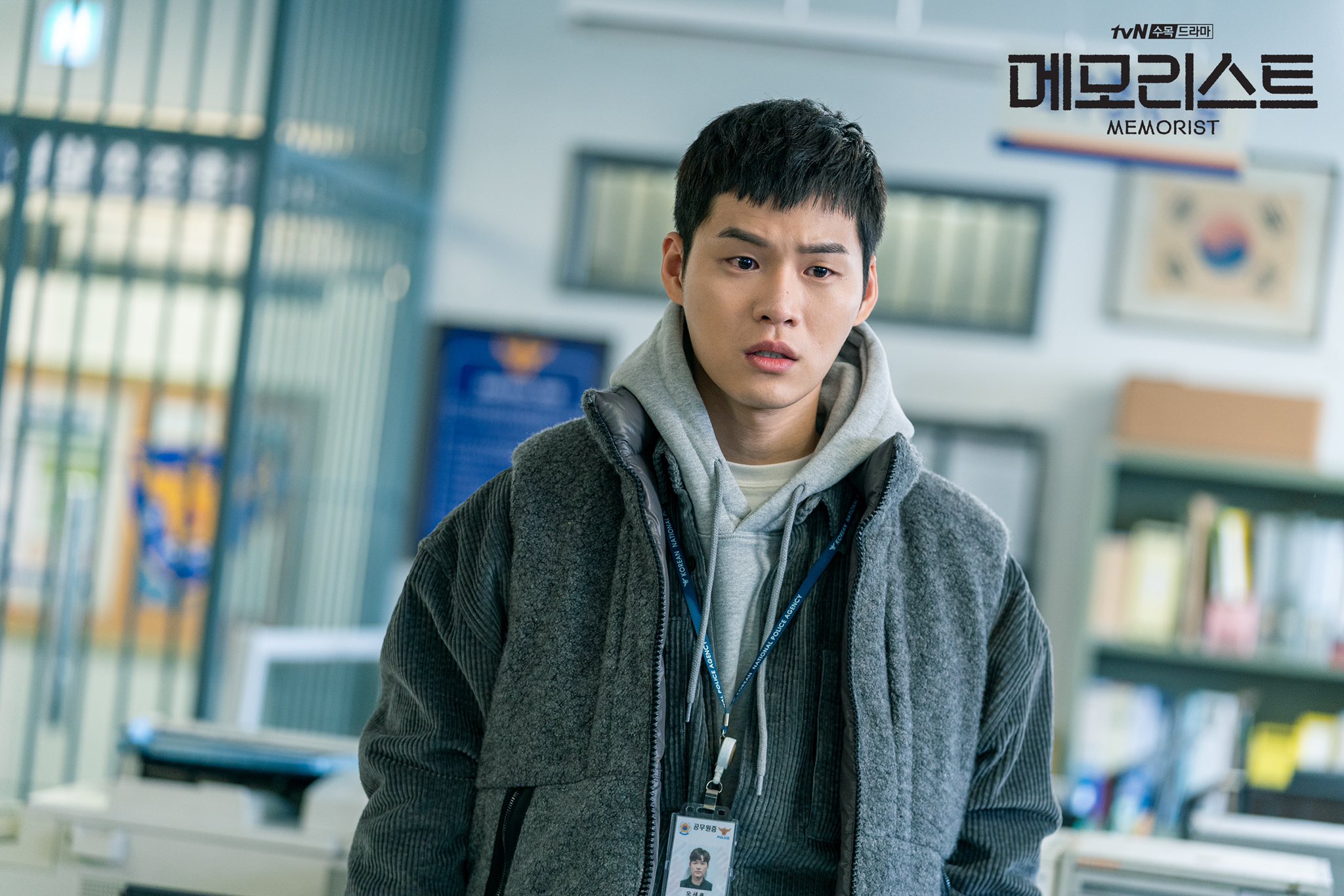 The trio’s teamwork extends past the drama—according to Yoo Seung Ho, the three of them are close in real life as well. “I’m really close with Go Chang Suk, with whom I’ve worked on multiple projects,” he said. “He’s a senior actor whom I can trust and rely on.”

“This is my first time working with Yoon Ji On, and we also became close as soon as we met,” he went on. “In the drama, his character is younger than mine, but in real life, he’s older. He’s like a really great older brother that I can trust and rely on while acting.”

The producers of “Memorist” added, “The chemistry between Yoo Seung Ho, Go Chang Suk, and Yoon Ji On is incredible. You can safely look forward to the teamwork and refreshing brother-like chemistry between the fearless Dong Baek and his trusty helpers Captain Koo Kyung Tan and Detective Oh Se Hoon.” 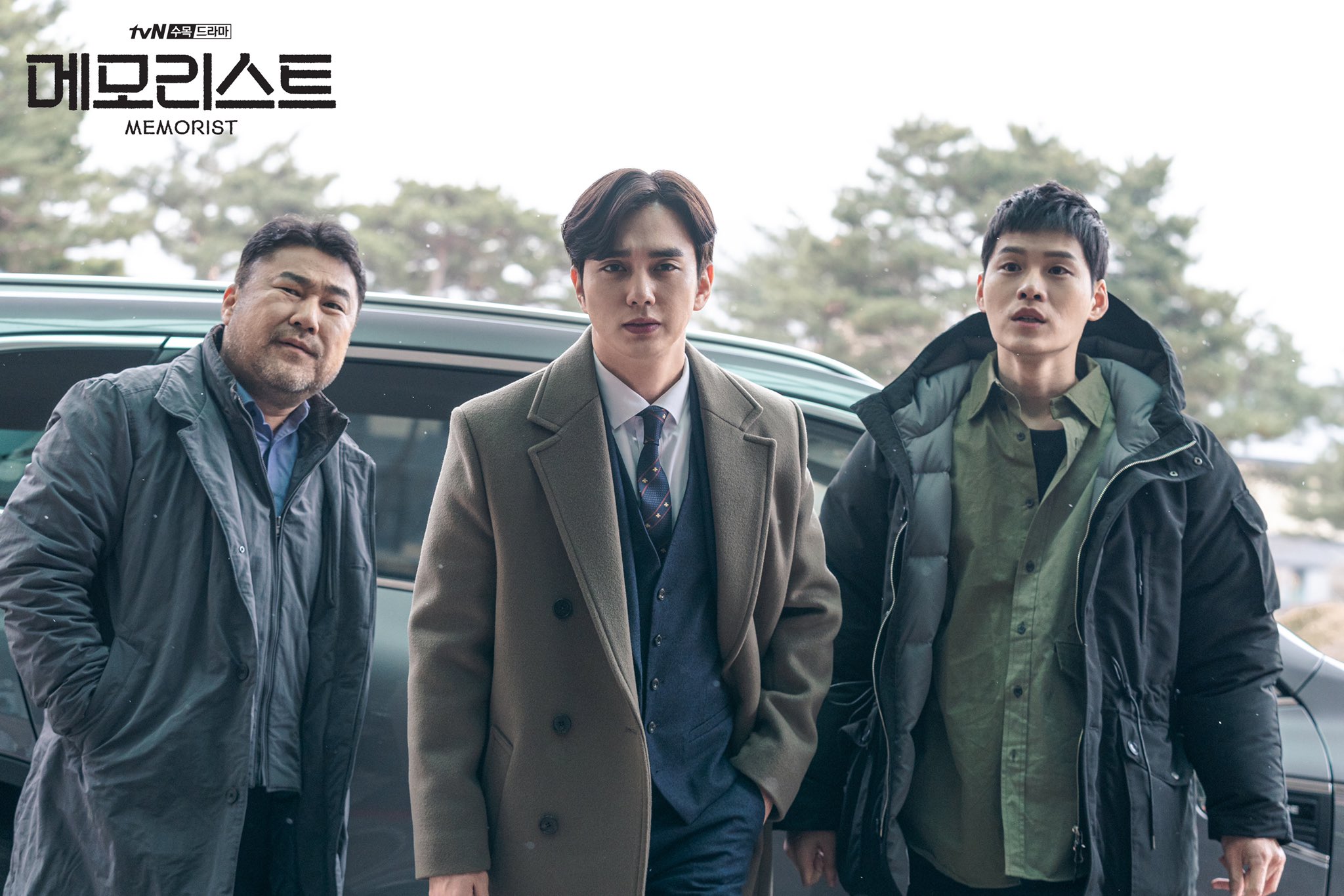 “Memorist” premieres on March 11 at 10:50 p.m. KST and will be available with English subtitles on Viki.