Ryu Deok Hwan amped up anticipation for “Nobody Knows.”

The upcoming SBS drama is about at-risk youth whose lives might have changed if they had been surrounded by good adults, and the adults who try their best to protect them.

Ryu Deok Hwan portrays Lee Sun Woo, a character who wanted to protect at-risk children but became lost between a good decision and reality. The drama tells a suspenseful story full of emotion, which is no easy feat for its actors.

Comparing himself to his character, Ryu Deok Hwan said, “The characters I’ve portrayed so far in mysteries were oddballs, those with painful pasts, or heroic characters challenging the world. Lee Sun Woo, who I’m portraying this time, is someone who rebels and always contemplates different choices. I’m choosing to express myself in a non-exaggerated way. I want to show acting that matches the script by writer Kim Eun Hyang well because that’s our real appearance.” 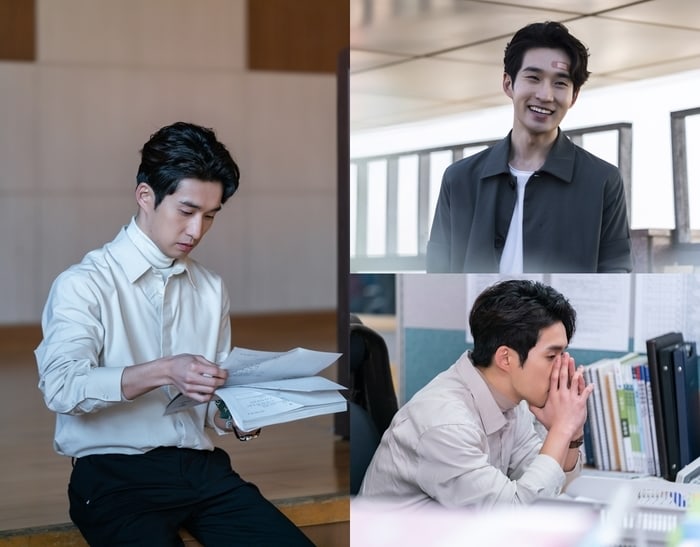 One of the biggest charms of “Nobody Knows” is its outstanding characters and the actors who portray them. It’s being reported that the actors are fully immersed in their roles through hard work and teamwork.

As a teacher onscreen, Ryu Deok Hwan is working closely with child actors Ahn Ji Ho and Yoon Chan Young as well as Kim Seo Hyung. “As a former child actor, I have a lot of love for them, and their character analysis is above my expectations,” he said. “We’re creating many good scenes while talking with director Lee Jung Heom. I think the way I can help the most is by talking with them about things they enjoy doing like playing games or soccer, and trying to make our relationship as comfortable as possible. They like that too.”

He continued with a laugh, “As for my teamwork with Kim Seo Hyung? What more is there to say?”

Ryu Deok Hwan
Nobody Knows
How does this article make you feel?