OCN’s “Tell Me What You Saw” has entered a new phase!

Oh Hyun Jae (Jang Hyuk) returned to the investigation team to capture “Him,” and a new character who knows about the explosion from five years ago has showed up.

The production crew hyped up the anticipation for the upcoming episodes, saying, “Soon, the truth will be revealed. The progress is becoming more dynamic in the second half. The investigation becomes more elaborate, followed by a war of turning points.”

Here are three turning points to expect in the next episodes:

Ha Tae Sik, who confessed that both vascular poisoning murders were his crimes, opened the door to the mystery, saying, “There is a secret in the three-way street from five years ago.” It was enough to provoke Oh Hyun Jae, who is still haunted by visions and nightmares from the trauma five years ago. Ha Tae Sik was indicted 17 times, but he was released for lack of evidence.

There is clearly a reason why Ha Tae Sik detained himself in the police station and threw bait to Oh Hyun Jae. Viewers are keenly paying attention to what truth Oh Hyun Jae can uncover in the game against Ha Tae Sik.

Choi Hyung Pil is a character who holds secret bait in many ways. Believing that “organization comes before people,” he was reluctant to let the world know about the resurrection of “Him.” It was the police that announced five years ago that the serial killer was dead. So he disliked how Oh Hyun Jae and Hwang Ha Young (Jin Seo Yeon) were still after “Him,” and he even hid the mint candy, which was the decisive evidence.

In the latest episode, however, there was a question that Choi Hyung Pil was hiding something more than that. Choi Hyung Pil told Park Sun Ung (Kim Dong Gyun), “If Ha Tae Sik tells the truth, we’re both done,” and he also ordered Lee Ji Min (Yoo Hee Jae), “Don’t miss out on a single detail of what Oh Hyun Jae and Ha Tae Sik are talking about.” What is the purpose of Choi Hyung Pil’s mysterious move? 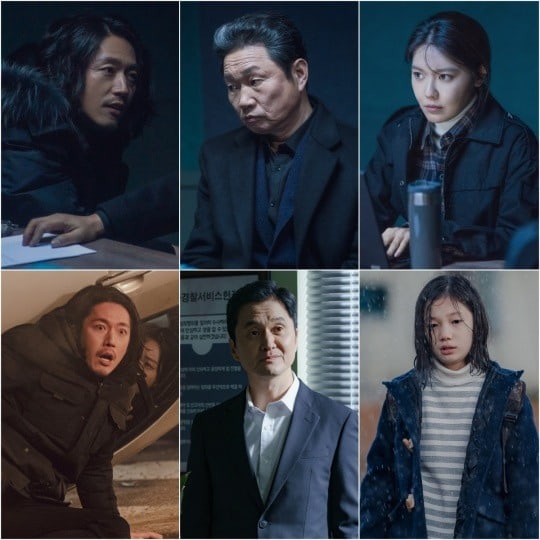 3. The truth of the explosion incident from 5 years ago and the hit-and-run case from 20 years ago

Oh Hyun Jae and Cha Soo Young (Girls’ Generation’s Sooyoung) have something in common. He lost his fiancée in an explosion incident from five years ago, and she lost her mother in a hit-and-run case from 20 years ago. Oh Hyun Jae has been closely tracking “Him” for the past five years and eventually found Shin Kyung Soo (Kim Ba Da), but that was not the end. “Him” was actually someone else.

Oh Hyun Jae stopped hiding in his hideout and returned to the investigation team to track down the truth. If he finds out what Ha Tae Sik wants, he will also likely get a new clue to the explosion.

On the other hand, Cha Soo Young is tracking down the culprit who killed her mother in a hit-and-run case. Nothing is clear yet, but her investigation is being updated little by little. The final truth will be revealed in the remaining eight episodes.