SBS’s Friday-Saturday drama “Hyena” has released new stills of Kim Hye Soo and Joo Ji Hoon having their past be brought back.

“Hyena” tells the story of cutthroat lawyers who use their knowledge of the law to pursue dreams of wealth. Jung Geum Ja (Kim Hye Soo) and Yoon Hee Jae (Joo Ji Hoon) are two lawyers who are engaging in a fierce battle with neither backing down anytime soon. They’re practically at each other’s throats whenever they meet, and it’s because of a past that is soon to be revealed.

Jung Geum Ja and Yoon Hee Jae had been in a relationship, but this had all been part of Jung Gum Ja’s plan. She began a fake relationship with him to get information out of him about the case they were on opposite sides of. Not knowing this, Yoon Hee Jae had loved Jung Geum Ja, until he faced her at court and finally realized what had been going on.

The upcoming episode will bring a new character who brings that past between the two lawyers to the surface. Genius violinist Ko Yi Man (Jo Dong In) was the person who brought Jung Geum Ja and Yoon Hee Jae together, and he will be the one who brings back memories of their time as a couple. 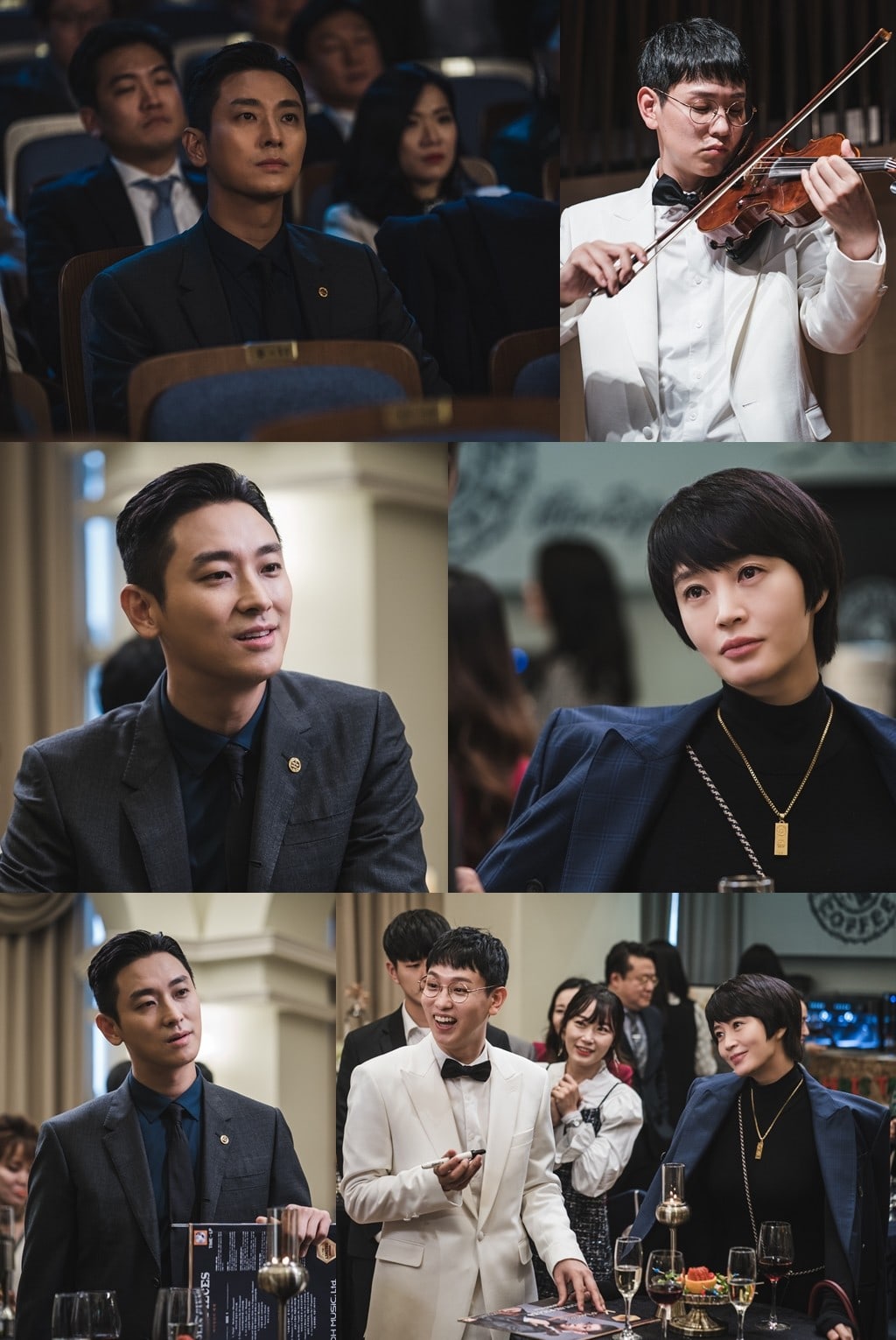 The new stills show Jung Geum Ja and Yoon Hee Jae meeting at Ko Yi Man’s reception, and the two glare daggers at each other. Something big is set to fall upon the two lawyers as Ko Yi Man becomes a new client, and it will force them to be on the same side for the sake of their survival. How the appearance of the violinist will change things between the two will be revealed in the upcoming episode of “Hyena,” which will air on February 29 at 10 p.m. KST.