GFRIEND got emotional while opening up about their feelings on “Ask Us Anything.”

On the February 29 episode of the JTBC variety show, GFRIEND appeared as guests on the program’s new “Career Center” segment. During the show, host Jang Sung Kyu asked the members to name the words they wanted to hear that would bring them strength and joy. 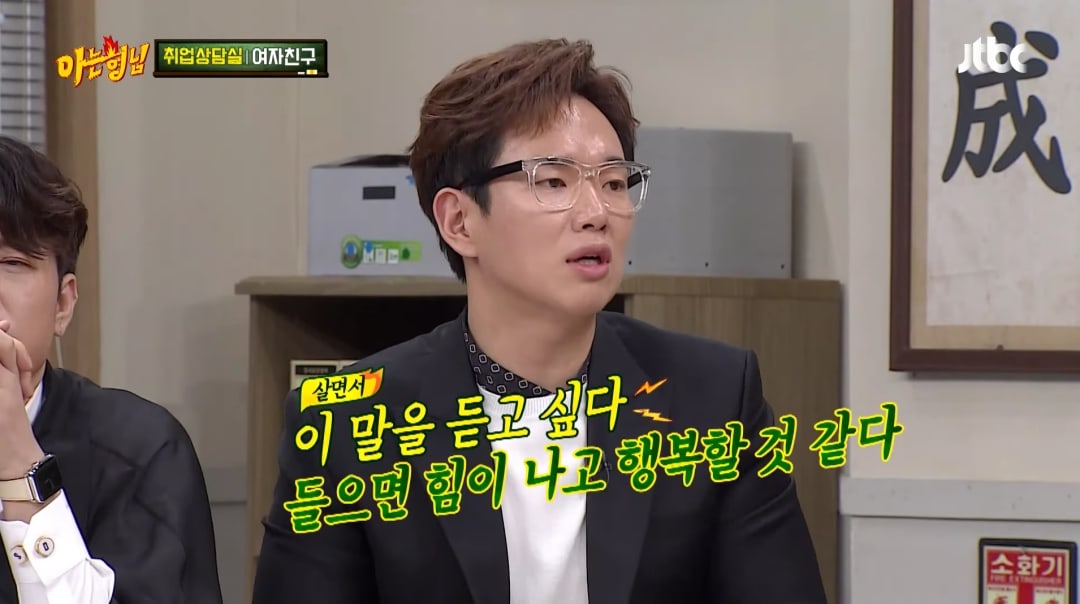 Yerin went first, saying, “I think ‘thank you’ is a short but really good phrase.” The hosts then told Yerin, “Thank you,” and she smiled as she said the words back to them. 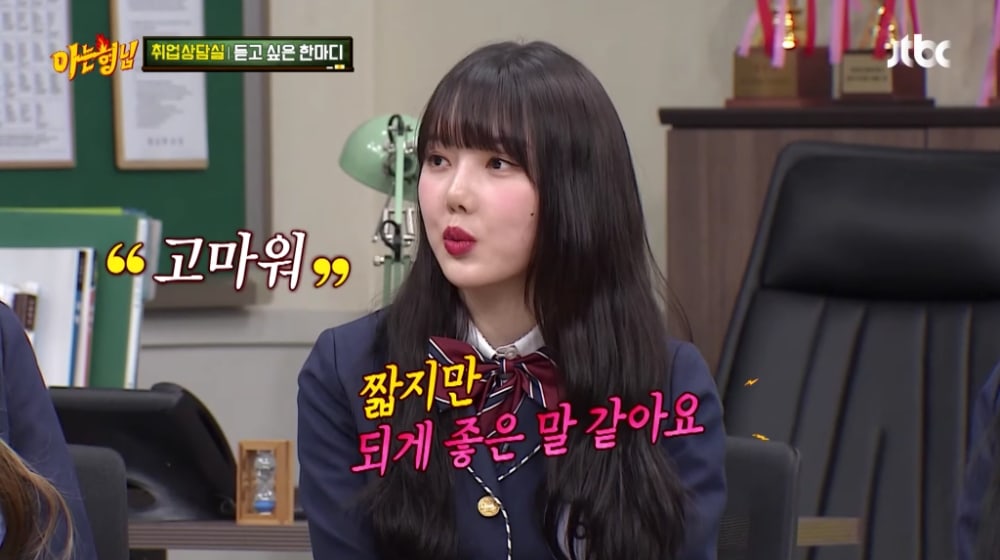 Eunha said, “I want to hear the words, ‘You’re a really valuable person.'” The hosts repeated these words to her, and SinB gently caressed her face. Eunha then burst into laughter and joked, “It sounds cheesy.” 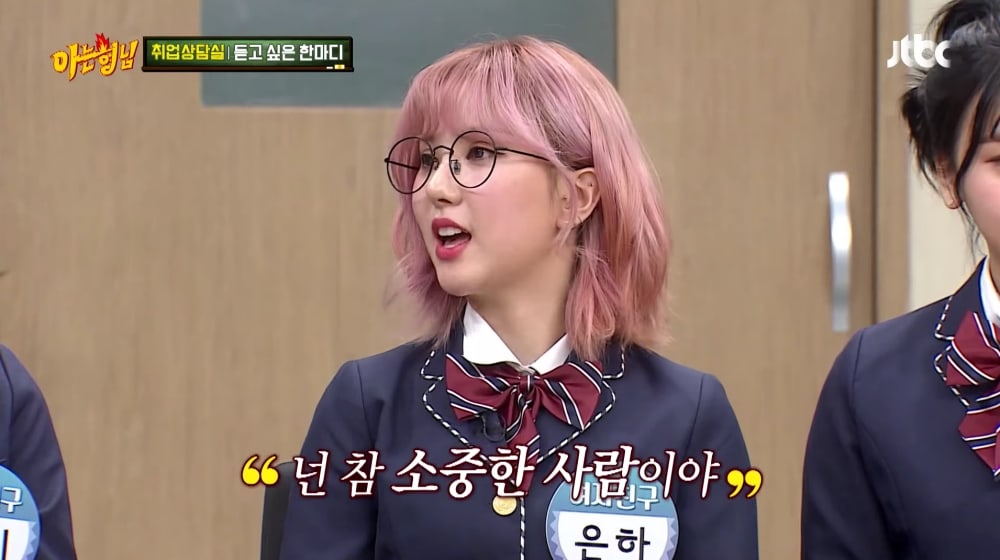 Sowon remarked, “I think this phrase might be hard to say, but I [want to hear the words] ‘Your parents raised you really well.'” She then covered her eyes with her hands, saying, “I think I’m going to cry.”

When the hosts told her the words she wanted to hear, Sowon burst into tears, and Jang Sung Kyu handed her tissues while telling her it was okay to cry. Jeong Sewoon commented, “I’m sure your parents are really proud of you.” 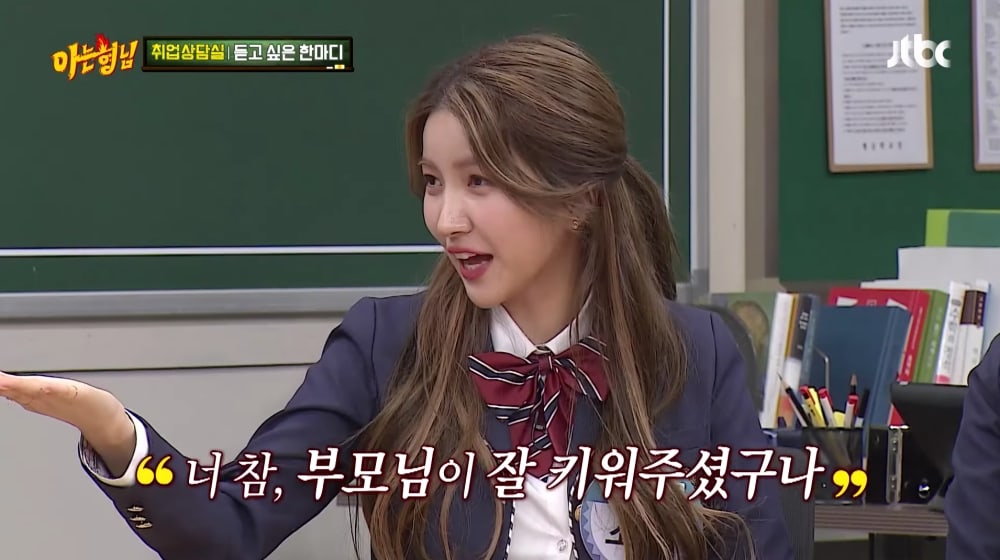 SinB shared, “This is something I also want to tell the other members, but ‘You’re doing well. It’s okay.’ I wanted to hear this as well.” The hosts suggested that the members say the phrase to one another, and GFRIEND repeated the words in unison as they patted each other on the back. SinB wiped away her tears, and Sowon passed down the box of tissues. 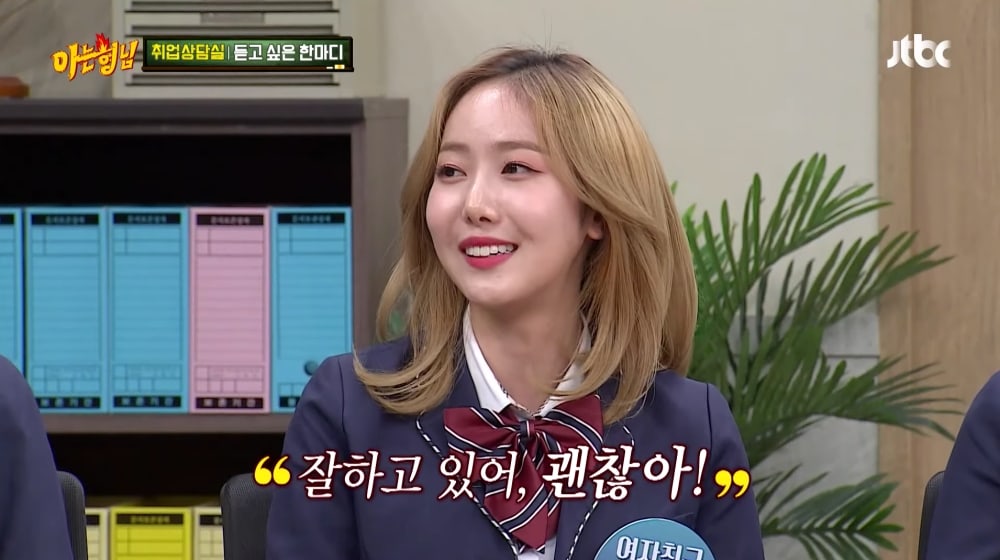 Umji said with a laugh, “I think I need to take into account the reason for our TV appearance today, so [I want to hear] ‘Daebak [big success] with ‘Crossroads.'” Introducing their new song to the program’s viewers, she added, “‘Crossroads,’ the title track to our hit album ‘Labyrinth’ that will begin a new chapter for GFRIEND.” 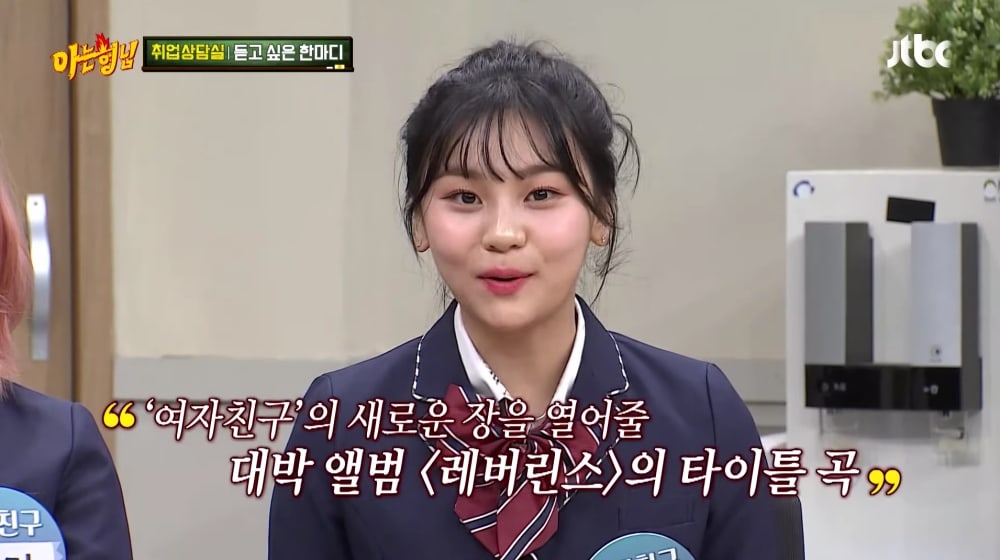 Sowon joked, “She sounds like a salesperson.” The group then ended the segment by shouting “Big success with ‘Crossroads'” in unison. 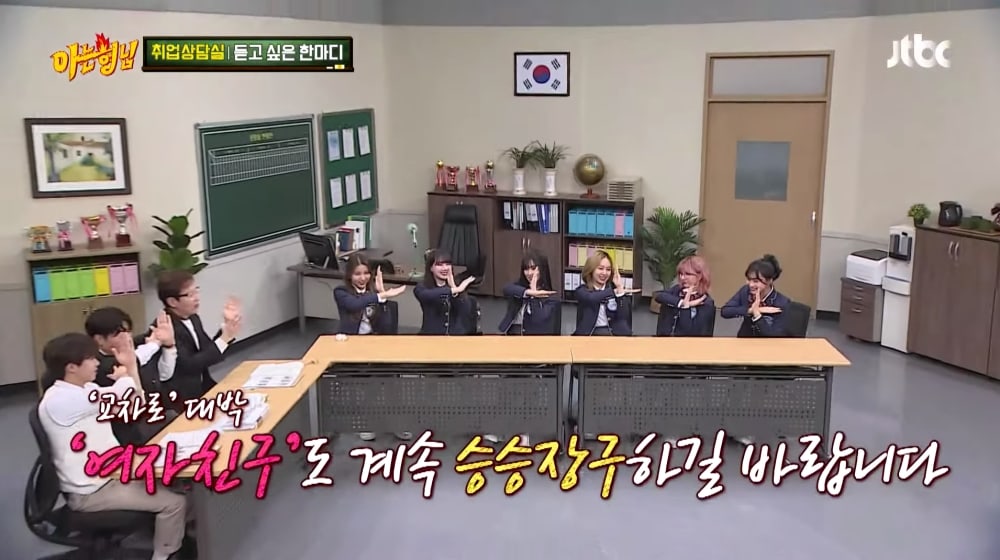 GFRIEND
Knowing Bros
How does this article make you feel?