The Rose performed on KBS’s “Immortal Songs” for the very first time!

The band appeared as contestants on the Jung Soo Ra special of the music variety show, which aired on February 29.

The Rose initially looked nervous for their first appearance on the show, and during their interview, Jaehyeong said, “We were happy when we got the offer to appear on ‘Immortal Songs,’ because it’s a program that we’ve always wanted to appear on.”

When asked if their opinions sometimes clash, since all of the members participate in writing their songs and lyrics, The Rose answered yes with a laugh. Dojoon explained, “The four of us are all strongly opinionated when it comes to music, but we thought that this would be a good chance for people to get to know about us four young men.” 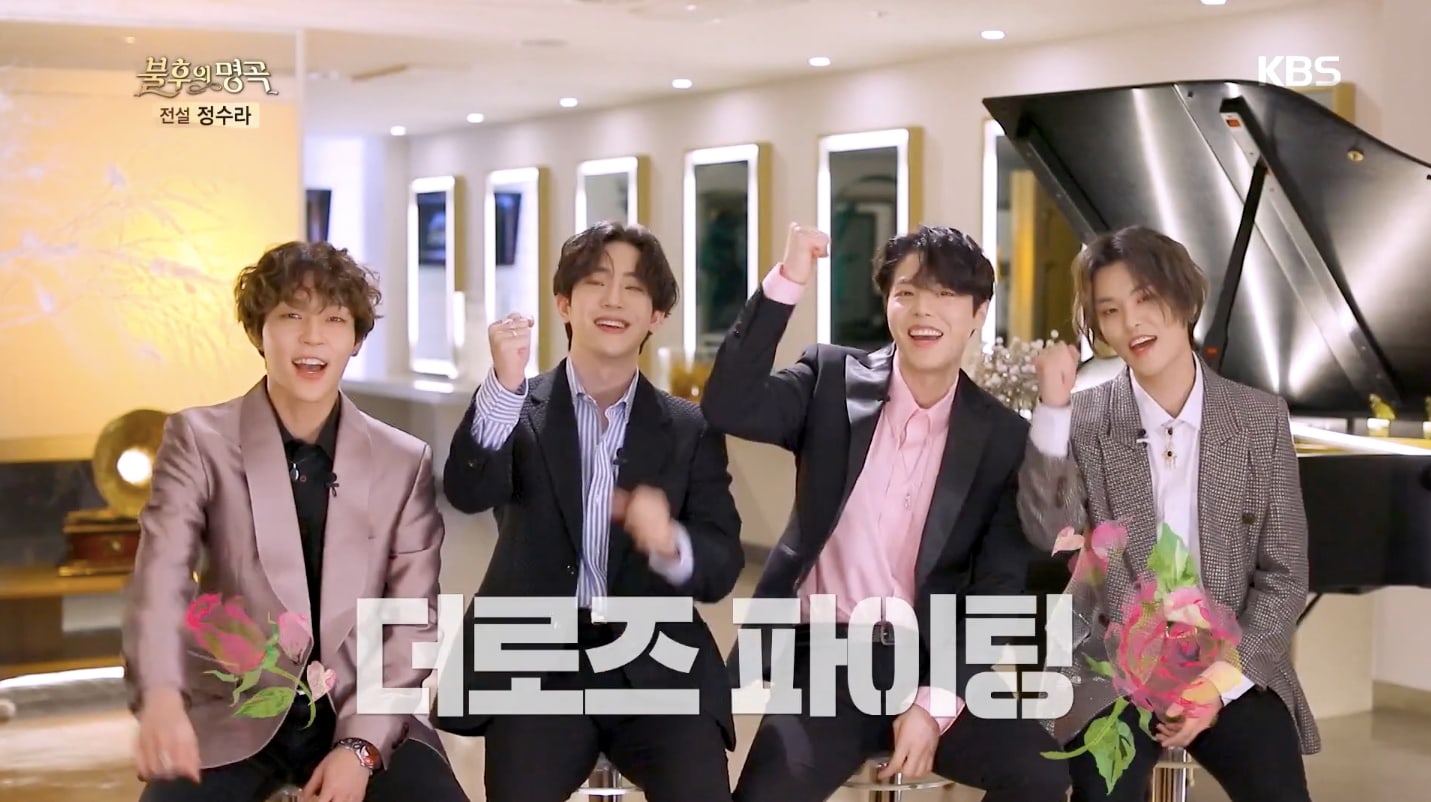 The Rose went on to sing a cover of Jung Soo Ra’s 1984 song “City Streets” (literal translation), and they impressed the audience with their refreshing vocals and engaging performance.

Jung Jae Hyung commented, “Their rearrangement of the song was very creative,” while Jung Young Joo remarked, “You have to enjoy The Rose’s performance live at the venue and not watch it through a screen.”

Monni’s Kim Shin Eui commented, “Even though it was their first performance, they impressed me with how they enjoyed performing. The vocalist is charming.” Jung Soo Ra added, “I’m very satisfied.” Revealing that she’s a fan of the band, Song So Hee said, “It was an honor to hear them in real life. Their performance touched my heart the most today.”

In the end, The Rose beat out Jung Young Joo to be crowned the final winner of the episode, taking home their first win on their very first appearance on the show. 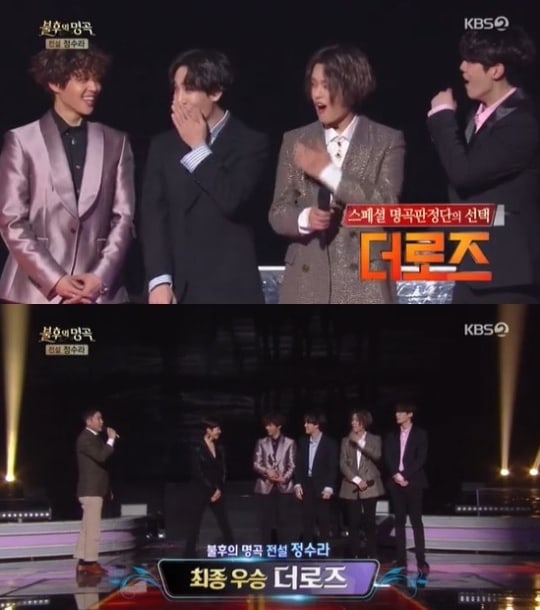 Check out The Rose’s performance of “City Streets” below!

You can also watch the full episode of “Immortal Songs” here:

Immortal Songs
The Rose
How does this article make you feel?