Child actress Rina Johnson has shared her experience working with BTS’s V for the group’s “ON” music video!

The young actress, who appeared in BTS’s new music video for their title track “ON,” recently took to Instagram to answer fans’ questions about what it was like working with V and the other BTS members behind the scenes.

Posting a screenshot from the music video, Rina Johnson explained that she had played the role of “V’s sister who was missing.” Although she hadn’t known the story of the music video during filming, V informed her beforehand that she was playing his sister in the video. 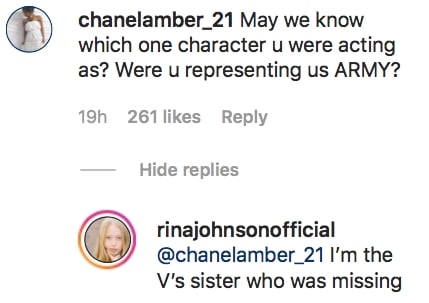 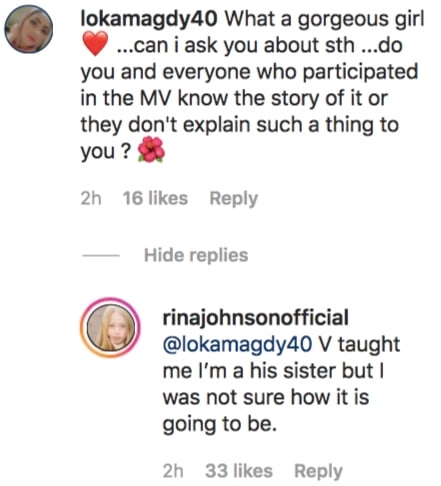 The 13-year-old actress shared that she had spent two days filming the video—on the first, she worked only with V, while on the second, she acted alongside all of the BTS members for their group scene.

Rina Johnson also revealed that she hadn’t known she was auditioning for a BTS video until she got the part, but that after working with the idols in person, she was now an ARMY. 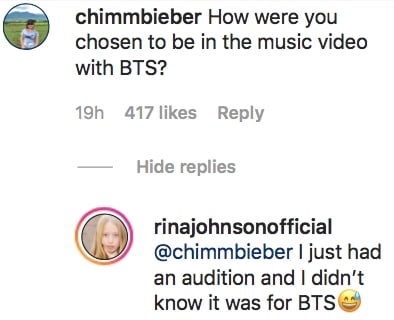 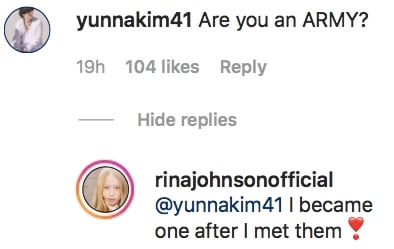 The young actress couldn’t say enough good things about V in particular, describing him as “looking like my Japanese cousin [Rina Johnson is half-Japanese] and very friendly,” “very gentle,” and “very nice.” She also recalled that “he was talkative and asked me many questions.”

When asked to name “the most funny guy in BTS,” she replied, “V was.” 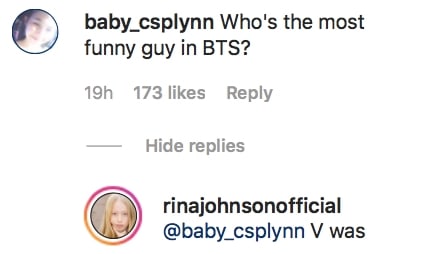 Rina Johnson also shared that filming with the BTS members was “fun” because “they were dancing all that time and joking around…just like regular boys.” 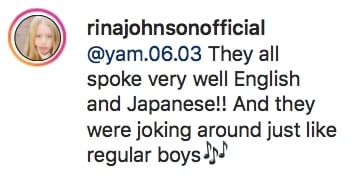 Revealing that the idols spoke to her in both English and Japanese, she noted, “They spoke better Japanese than me.”

BTS
V
Rina Johnson
How does this article make you feel?