The March 1 episode of MBC’s variety show “The King of Mask Singer” has revealed the identity of Boiled Egg to be a main vocalist for a talented girl group whose identity was guessed correctly by Weki Meki’s Kim Doyeon and Choi Yoojung!

The episode followed a group of contestants as they continued to compete for the crown. The second round had each contestant performing solo, and Boiled Egg was up first. She performed Yoon Mi Rae’s “Good Bye Sadness, Hello Happiness” and enthralled the audience with her mature voice. Boiled Egg was up against The Giraffe I Drew, who performed Wheesung’s “Story I Can’t Tell.”

As the celebrity panel guessed which celebrities were behind the mask, Weki Meki’s Kim Doyeon and Choi Yoojung said, “We think it could be an idol. We’ve heard this voice a lot before,” and guessed that Boiled Egg was (G)I-DLE’s Miyeon.

The Giraffe I Drew won with a vote of 62 to 37 and advanced to the next round, leading Boiled Egg to take off her mask and reveal that the Weki Meki members had guessed correctly when they picked (G)I-DLE’s Miyeon. 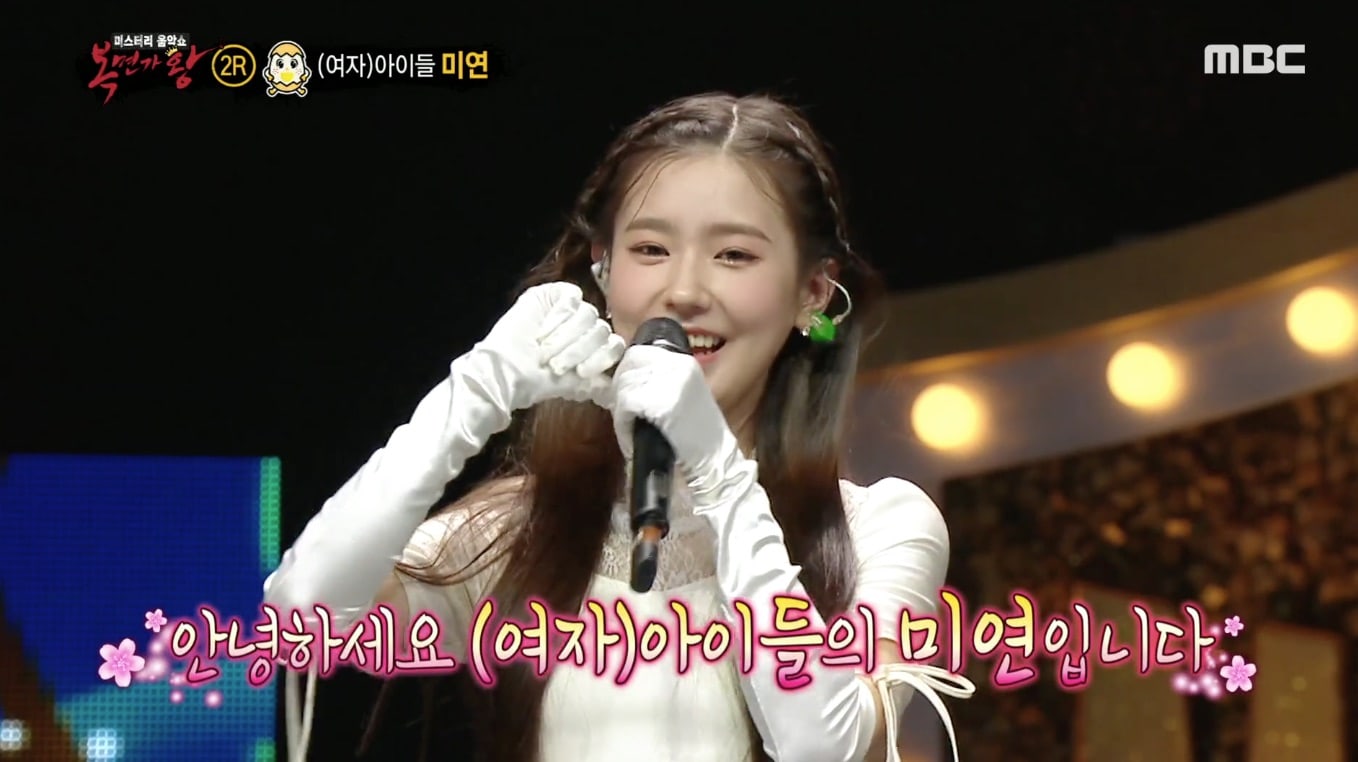 Miyeon said how this was her first time at a scheduled activity by herself and said, “I was so nervous because it’s a competition. But I wanted to be on the show because I wanted to show a new side of myself.” She also stated, “Though we’re a team who’s shown a lot of great performance-based stages, we have a lot of members with great voices so please anticipate what we do next.”

After the show, (G)I-DLE’s Instagram account shared photos of Miyeon from the show with a message from Miyeon that read, “Neverland [(G)I-DLE’s official fan club name], hello. I was so nervous because it was the first time I was standing on stage by myself, it was a precious experience and I was happy. I will continue to sing lots of good songs for you. I love you.”

Weki Meki
(G)I-DLE
Choi Yoojung
Kim Doyeon
Miyeon
The King of Mask Singer
How does this article make you feel?