The identity of Pinwheel was revealed on MBC’s “The King of Mask Singer” to be a former girl group member who returned to the stage for the first time since getting married and starting a family!

The March 1 episode of “The King of Mask Singer” followed the contestants as they battled it out for the crown. Round 2 had the contestants performing solo, and Pinwheel performed “Can You Hear Me,” the “Beethoven Virus” OST by Girls’ Generation’s Taeyeon. Her clear voice rang out with emotions as she performed the song. Up against her was Chow Yun-Fat, who performed Sam Kim’s “Who Are You” from the “Goblin OST.”

Chow Yun-Fat moved on to the next round with a vote of 78 to 21, and Pinwheel removed her mask to show that it was Soyul, who had made her debut as a member of Crayon Pop and is currently married to H.O.T’s Moon Hee Jun. 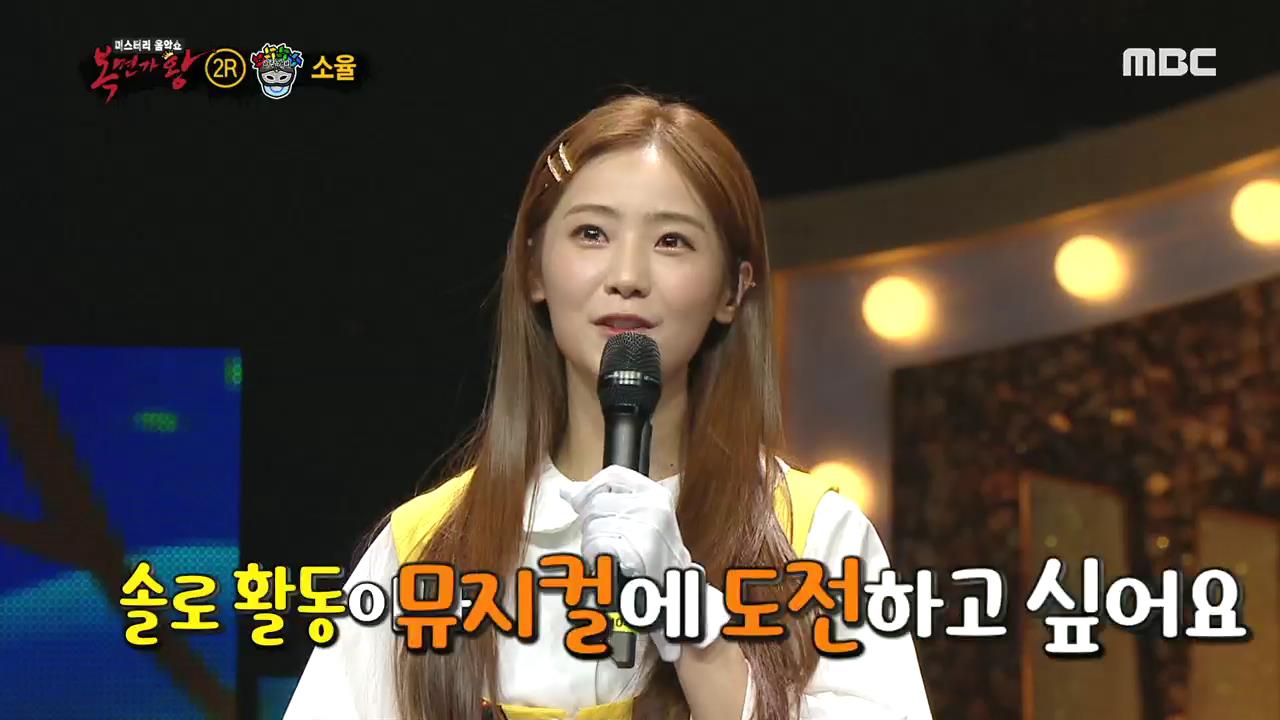 Soyul explained that she was standing on stage as a singer for the first time in four years and said, “I took a break from activities when I got married, and I’m both shaking and so happy standing on stage and singing again.” She added, “I’ve always been called someone’s wife or mom, and to stand on stage with my own name makes me happy.”

When asked if her daughter Heeyul (nickname Jam Jam) is showing talents as a singer, as both her parents made their debut in idol groups, Soyul said, “She likes to dance and likes to be noticed by others. I think she’s showing talent in that area. If that’s what she wants to pursue, my husband and I have agreed to give her the support she needs.”

Soyul also expressed her longing to resume activities as a singer as she said, “Before I got married, I had one dream that I was running towards but since becoming a mom, I’ve come to widen my horizons and now have multiple dreams. If I get the chance, I would love to pursue solo activities or perform in a musical.”

Soyul
Crayon Pop
The King of Mask Singer
How does this article make you feel?