On the latest episode of “Running Man,” Kim Jong Kook declared that when he gets married in the future, he won’t be telling HaHa about his engagement!

During the March 1 broadcast of the SBS variety show, Kim Jong Kook aired a past grievance against HaHa from eight years ago. Describing the incident as “one of the most shocking moments of my life,” Kim Jong Kook told the story of how HaHa informed him that he would be marrying his wife Byul.

“HaHa, [Lee] Kwang Soo, and I once went to the swimming pool together,” he recalled. “That day, at the swimming pool, we talked about marriage and what kind of women we ought to marry in the future.” 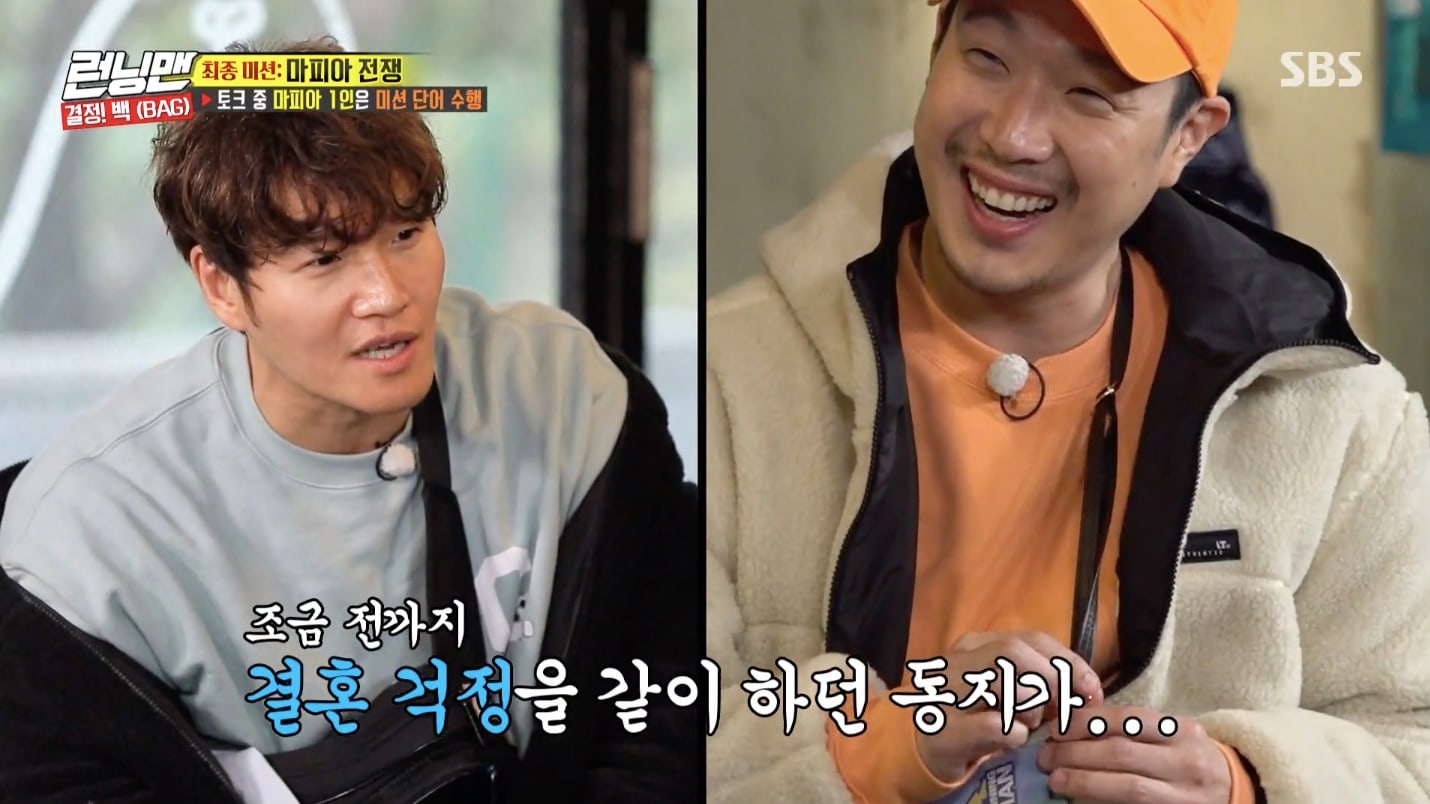 Kim Jong Kook continued, “Then, all of a sudden, HaHa invited me to a celebratory dinner for his father’s 70th birthday later that evening. I said, ‘Okay, let’s go,’ and we went together. But when we arrived, his father wasn’t there. Instead, Byul and [Yoo] Jae Suk were sitting together at the table.”

“After we sat down,” he went on to complain, “my friend [HaHa]—who had just been worrying about marriage with me—suddenly announced, ‘Hyung, I’m getting married.’ Out of nowhere, he told me that he was going to be marrying this woman.”

Yoo Jae Suk interjected, “But that was eight years ago! You’re still talking about it now?”

HaHa then revealed that ever since that day, Kim Jong Kook has always insisted, “If I get married, you’re going to find out about it through news articles.”

Kim Jong Kook agreed, “I’m going to inform him of my wedding news through articles.” Yang Se Chan chimed in, “[Kim Jong Kook] told me that he’s really not going to tell HaHa.” 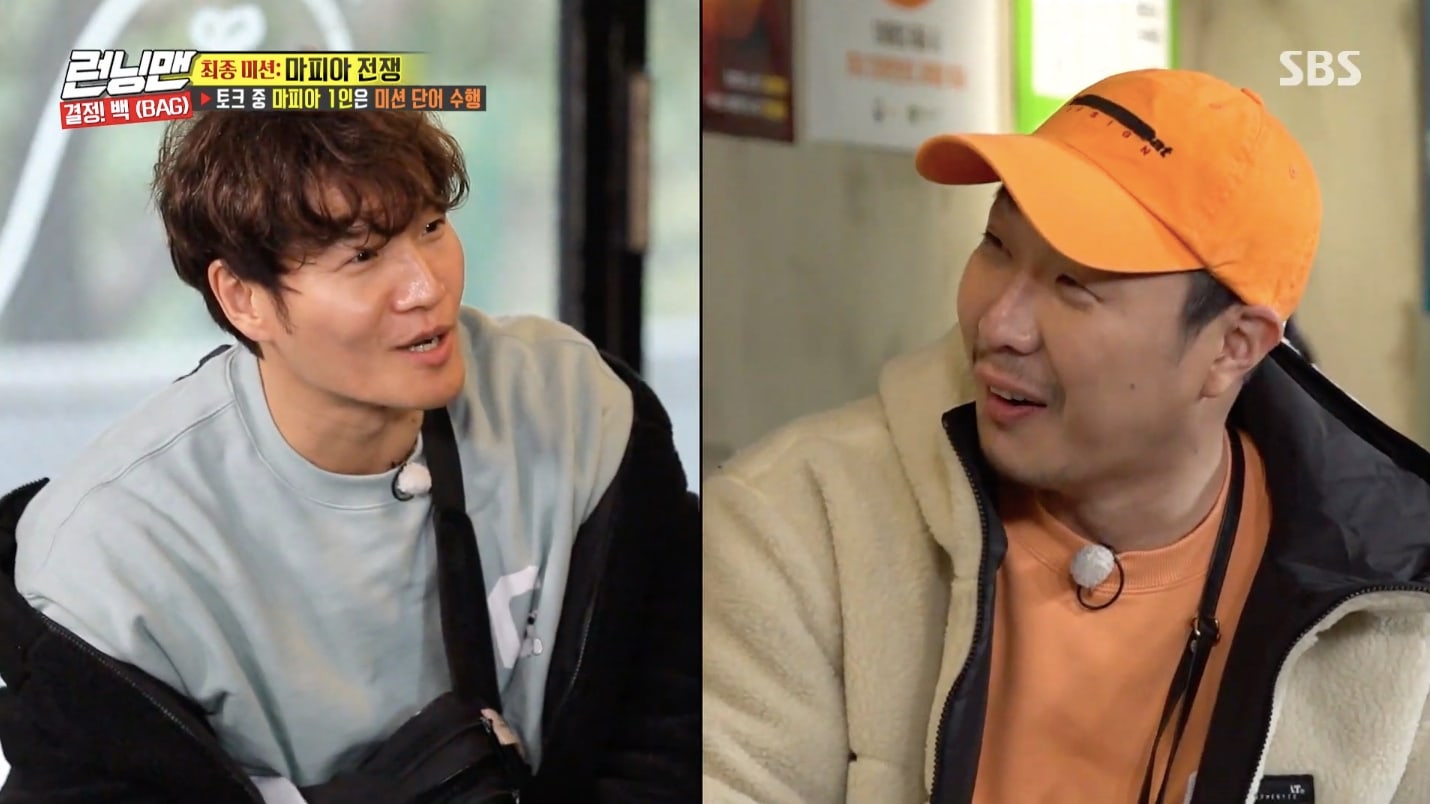 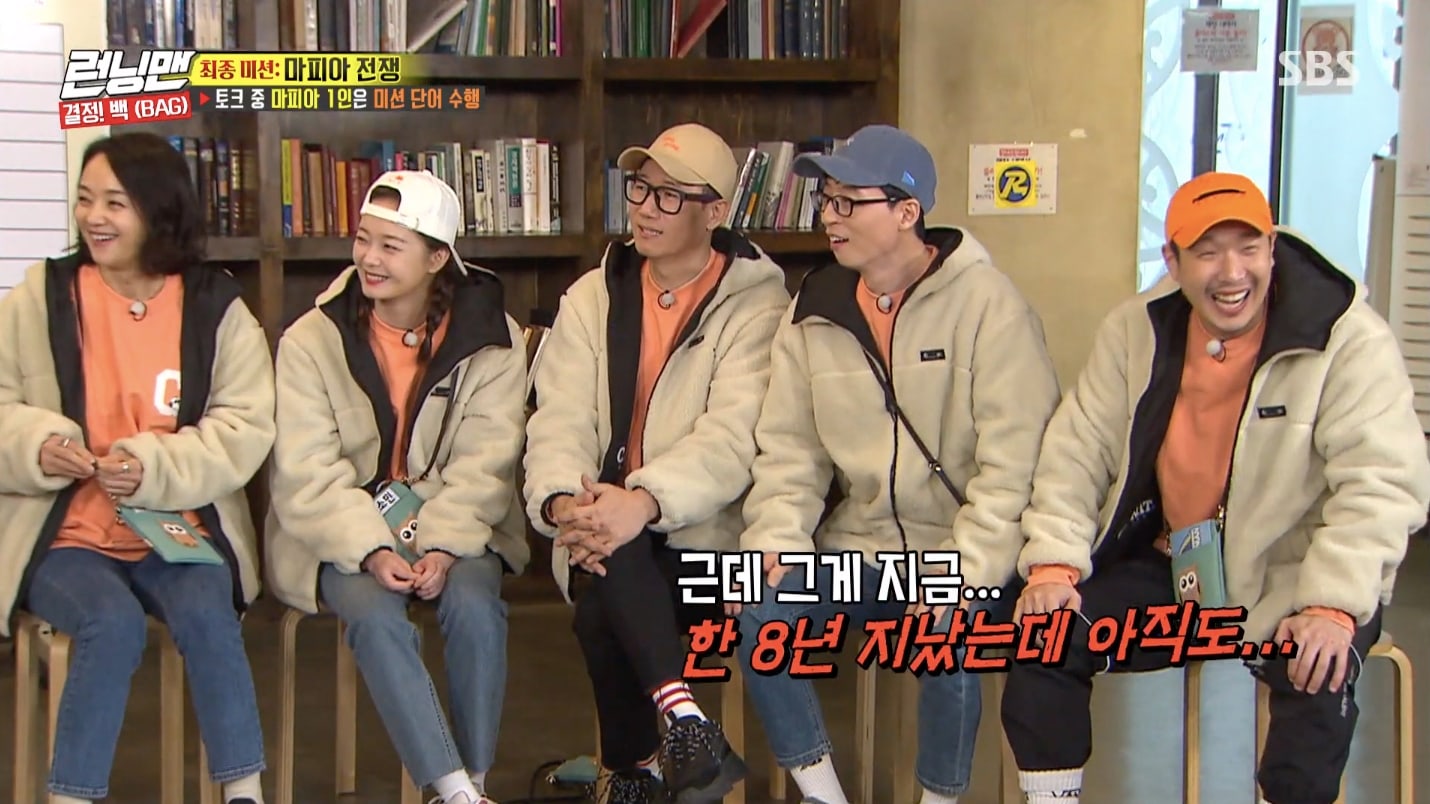