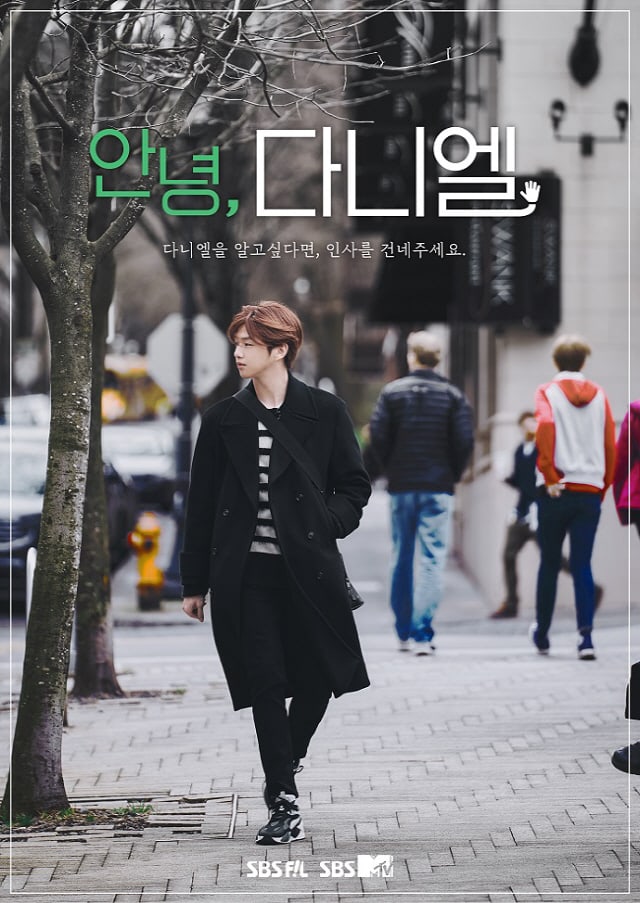 During the interview, Kang Daniel shared his reason for starring in “Hello, Daniel.” He revealed, “The biggest reason is that I personally felt that I needed a new point of transformation,” saying that making new experiences in a new environment during a vacation was the way to find that point. He added that he had been longing to go traveling as well.

On starring in his first solo reality program, Kang Daniel said, “Because it’s my first solo [variety program], I felt really pressured and I felt a sense of responsibility. Since the story revolves solely around me, I felt more responsible and that I should work even harder. However, the I liked the purpose of the program, and the filming was very enjoyable.”

The artist also talked about his experiences in Portland, saying, “I was able to spend time understanding, thinking, and organizing the concerns I had inside me a little more.” He shared that while organizing his thoughts of the past and future, he was often struck with the feeling that he would be able to become happy. Kang Daniel said, “I learned to take it easy. I think I also became thankful for the small things. There are things you can only see if you walk slowly.”

Kang Daniel shared that it was also very difficult to find an answer to what kind of person he truly is during his journey. He explained, “Rather than focusing on what kind of person I am, I want to become someone who asks myself what kind of life I’ll lead in the future as Kang Daniel. I think there will be no end to finding the true Kang Daniel.” He also added that the variety show will portray him as he is naturally.

Furthermore, Kang Daniel chose “Portland’s charm” as the point to look out for in his upcoming show, adding that he’s happy to be able to share the many charming locations of Portland with many people and asking viewers to watch the program as if it were introducing travel spots rather than showcasing his travel log.

Finally, Kang Daniel shared with the viewers, “I’ve returned as Kang Daniel for the first time in a long while. It’s also been awhile since I’ve gone traveling, and it was a really great time during which I could feel why rest and leisure are necessary. I hope everyone watching ‘Hello, Daniel’ feels the happiness of traveling with me. Always stay healthy. Please enjoy watching ‘Hello, Daniel!'”

Take a look at the teaser for “Hello, Daniel” here!